In the premiere of Netflix’s new teen drama Grand Army, a bomb goes off near the titular Brooklyn public high school, forcing a lockdown. The episode acknowledges the physical danger the kids may be in, but is more concerned with how they behave in such an intense circumstance. Some are completely unfazed, like aspiring musician Jayson (Maliq Johnson) and a friend who start rifling through the purse of basketball player Dominique, a.k.a. Dom (Odley Jean), as a joke. Others treat the experience as an opportunity for self-reflection, like lonely freshman Leila (Amalia Yoo) telling star swimmer Sid (Amir Bageria) about her struggles to fit in. “No one even knows me here,” she laments. “And I don’t like myself here.” Sid, who has just met her and otherwise seems to have the whole school wired, listens to her tale of woe, then assures her, “I feel similarly.”

This is how Grand Army operates. The series opens with dance teamer Joey (Odessa A’zion) reaching inside a female classmate’s body to retrieve a used condom left behind by a careless boyfriend. Major storylines involve, among other things, rape, drug use, sexual identity, and racism. It’s all very hot-button stuff, the kind of subjects that high school shows often sensationalize. But this smart, gripping drama never feels as aggro or pleased with itself as Euphoria or, say, 13 Reasons Why. The series handles all-caps topics with lower-case nuance, focusing more on how each explosive situation makes its characters feel, rather than treating any one incident as a sweeping statement on These Kids Today.

Katie Cappiello, adapting her 2012 play Slut, focuses on the five aforementioned students. Joey’s a firecracker who struts through school with a throng of adoring male and female friends, an outspoken feminist who owns her sexuality even when some judge her for it. Dom, thoughtful and driven, has a half-dozen hustles going on at any given time to help her impoverished family stay afloat. Sid looks outwardly confident, but is harboring a secret that might help him get into Harvard. Jayson, who often goes by Jay, is a gentle goofball forced to grow up fast when his antics land him in serious trouble. And Leila is Chinese-born and raised by adoptive white parents, feeling like she fits in nowhere. (The other Chinese girls in her class taunt her in Mandarin, knowing she won’t understand their insults and will grow insecure over not speaking the language herself.) The leads are mostly unknowns (A’zion, daughter of Better Things star Pamela Adlon, was a regular on CBS’ short-lived sitcom Fam, and Bageria was in the cast of Degrassi: Next Class), but all seem utterly natural(*) in the show’s buttoned-down, cinema verité style(**).

(*) A’zion is especially magnetic throughout a complicated and at times grueling character arc. There’s a sequence late in the season where Joey attends a dance class to help cope with her problems. The way that A’zion uses her physicality to show the emotions that are transforming Joey is just stunning.

(**) The one exception to this style: Aspiring actress/artist Leila deals with her loneliness by disappearing into ultraviolent, ultrasexualized anime fantasies. It’s an effective outlet not only for a character who has fewer friends to talk to than the others, but for the show itself — Grand Army can let loose in those animated sequences while maintaining emotional clarity everywhere else. (These fantasies are also when Leila — whose neediness can be a chore in her real life — is at her least exasperating.) 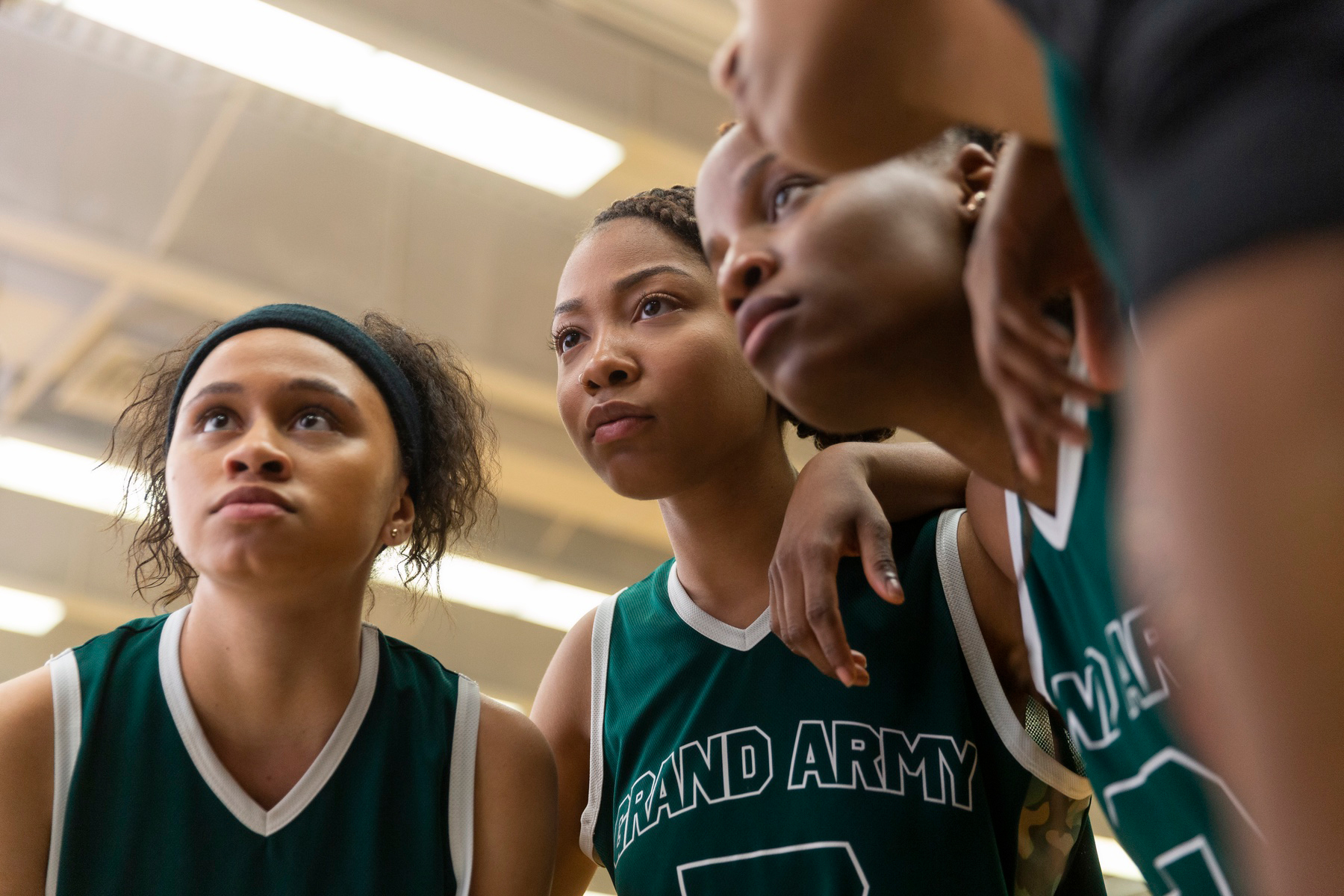 Terrible things happen to these kids, and/or the people they care about, but most are presented in a matter-of-fact way that only makes the pain feel more acute than if the show had opted for a melodramatic style. The sexual assault plays out over an uncomfortably long stretch of time. But its duration isn’t meant to wallow in the trauma of the crime, but to demonstrate how subtly — and, to several of the participants, imperceptibly — an encounter can shift from fun and games to something criminal. The rape was part of Cappiello’s play, and it’s not surprising that it’s Grand Army‘s most detailed and emotionally potent storyline. But the other plots aren’t overshadowed by it, because they’re given nearly as much room to breathe and attention to detail.

When the series’ first trailer was released in early September, writer Ming Peiffer tweeted that she and the show’s other writers of color had “quit due to racist exploitation and abuse. The show runner and creator went full Karen and called Netflix hr on the Black writer in the room for getting a haircut.” For the moment, no one has offered further comment on that allegation or the others Peiffer made in that thread about Cappiello not only mistreating her writers, but refusing to hear their input on how to write with sensitivity about the show’s diverse cast of characters. In particular, Peiffer objected to the way the Dom storyline, inspired by the life of one of those writers who quit, was made into “poverty porn.”

I was not in that writers room and obviously can’t speak to how well or poorly Cappiello treated the people under her. If the accusations are true, she would unfortunately be far from the first showrunner to be an abusive boss, as being a good writer and being a good manager are two wildly different skill sets that the television industry stubbornly treats as interchangeable. But I felt that Grand Army handles Dom’s story, and representation in general, very smartly and with great sensitivity. Dom’s financial challenges are laid out meticulously, not as an excuse to wallow in her suffering, but to make clear just how much harder she has to work to enjoy the same high school experience that comes so much easier to privileged, wealthier classmates like Joey or Jay. (If anything, Dom’s irrepressible ambition in the face of adversity makes that subplot one of the more optimistic ones on the show.) In one episode, Joey objects to a classmate’s reverence for “the romanticization of pain and suffering” in art. They’re specifically discussing the Bernini sculpture Ecstasy of Saint Teresa, but Grand Army more broadly is on Joey’s side of the argument: It depicts pain and suffering without reveling in them. It wants you to understand what each kid is dealing with, but its end goal is empathy, not fetishization.

When Dom, during an interview for a prestigious summer internship, asks, “Can I be vulnerable with you all for a second?,” she is speaking for the series as a whole. Everyone’s vulnerable, all the time, even when they’re trying very hard to appear otherwise. In its best moments — which tend to come in the Joey and Dom stories — Grand Army enters rare air for high school shows, elevating surprisingly close to the genre’s thoughtful standard-bearer, My So-Called Life.