Most people can agree that installing a home security system is a wise investment, but it can often be difficult to figure out where to start.

There’s a ton of different gear out there, and the idea of setting up a large, multi-component setup full of cameras, alarms, and sensors can be daunting. If you want to start small, my recommendation is to get a really good smart indoor security camera, and build a larger system from there.

Smart indoor security cameras are a good choice because they don’t have a lengthy, complicated setup process, or take up too much space. Set one up to face your front or back door, and you’ll be able to keep an eye on one of the most vulnerable parts of your house.

We’ve made sure that the cameras we’re recommending can also be integrated into a larger security system, so you can get additional cameras, or other smart security equipment as your needs change. Additionally, we’ve created a guide for a complete home security system in case you want to go all-in at once.

What Are The Best Indoor Security Cameras?

There are many factors to consider when choosing the right smart indoor security camera for you; below are the most important ones, which we considered while we were researching this list.

Resolution: The most important technical spec of a smart indoor camera is its resolution. The higher the resolution, the clearer the picture. You’ll want the best-looking video possible in case of a break-in, because it’s the piece of evidence you’re going to review, and possibly turn over to the police. All of the cameras on this list capture video in HD (either 720P or 1080P), so you’ll get a very high quality recording of any suspicious activity.

Smart-home integration: All smart indoor security cameras have the ability to send you alerts when they sense motion, and get a live video feed to your smartphone, tablet, or computer at all times. But, many also integrate with smart-home platforms like Amazon’s Alexa, allowing you to arm or disarm the camera with just your voice.

Subscriptions: Some smart indoor security cameras require you to pay a monthly or annual subscription fee to store video clips in the cloud, so you can view them later. Video clips are taken each time the camera senses motion. You’ll always have the option to save a video clip to your phone if you catch the notification on your phone when motion is detected without paying the fee. A subscription allows you to review clips if you miss that notification. 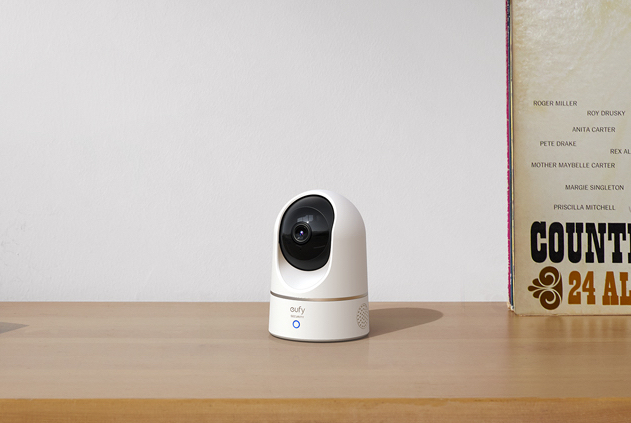 The Indoor Cam Pan is Eufy’s latest indoor security cameras, and it can capture videos that none of these other cameras can.

It sits on a rotating base, and can follow a moving object (everything from pets to burglars) around your room. By keeping a would-be thief in frame you’ll know exactly where they went, and have more footage to share with the police.

This is also the only camera to capture video in 2K (better than HD) resolution, so the video it records will look ultra sharp. Eufy says the camera’s infrared night mode can clearly show objects up to 32.8 feet away, too.

Eufy’s Indoor Cam Pan works with Amazon’s Alexa, the Google Assistant, and Apple’s HomeKit platforms. We’ve tested it using HomeKit, and it’s been easy to set up and manage. Rather than charging you for cloud storage, eufy provides two ways for you to store video clips from this camera.

The first is to pop in a MicroSD card, a one-time expense that will cost less than $20. If you’re an iCloud (Apple cloud storage) subscriber who pays for a 200GB storage plan, you can keep the Eufy Indoor Cam Pan’s video clips in the cloud for free. 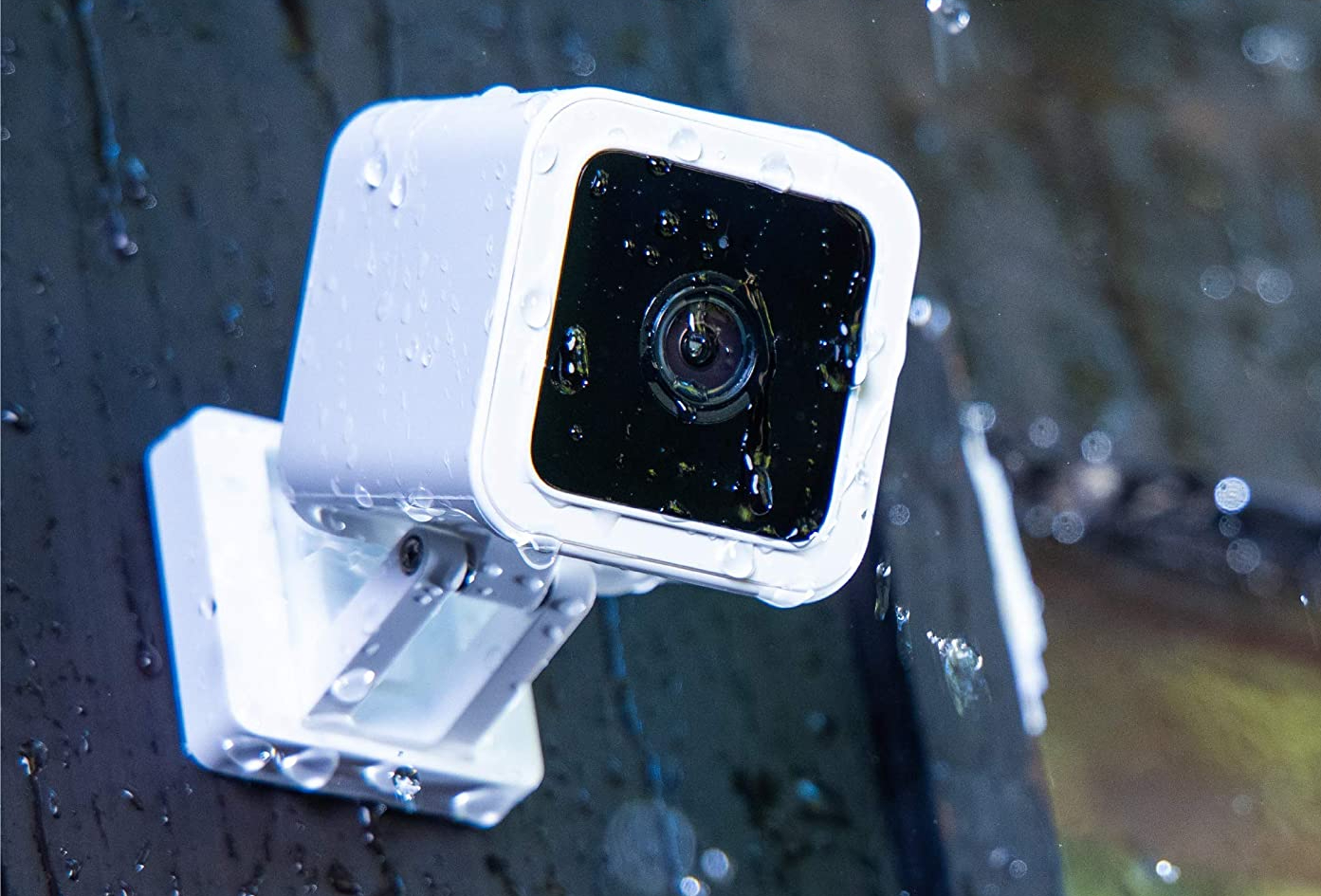 If you’re looking for a small, easy to set up smart indoor security camera, Wyze’s cube-shaped camera is an excellent choice. It can capture video at 1080P with a wide 110º field of view. Wyze says it’s substantially improved this camera’s night mode compared to the previous generation. Wyze has also upgraded the Wyze Cam’s outer casing, making it IP65 waterproof.

The camera starts out as a cube, but it can be lifted to reveal a stand, so you can adjust its height and angle. It also comes with an adhesive pad, which lets you stick the camera on a wall. I’ve used several Wyze Cams, and the setup is easy: pick a location for the camera, plug it in, and run through a quick setup process in Wyze’s app (iOS and Android).

Wyze is owned by Amazon, so this camera can be controlled by an Alexa-enabled device, like the Amazon Echo. You can also ask Alexa to display a live feed from the camera on an Echo with a display, or a television connected to a Fire TV. If you don’t own any of Amazon’s smart-home gadgets, you’ll still be able to view a live video feed from the camera on your phone.

This camera doesn’t require a subscription fee to store clips in the cloud, which is rare, but there are some limitations. Clips will only be available for 14 days (you can download them to your phone, and they’ll stay there forever), and can only last for 14 seconds.

You can get around these limitations by popping a MicroSD card into the Wyze Cam. Instead of saving clips in the cloud, it’ll save a continuous video feed to the card, so you can see everything that’s happened in your home at all times. 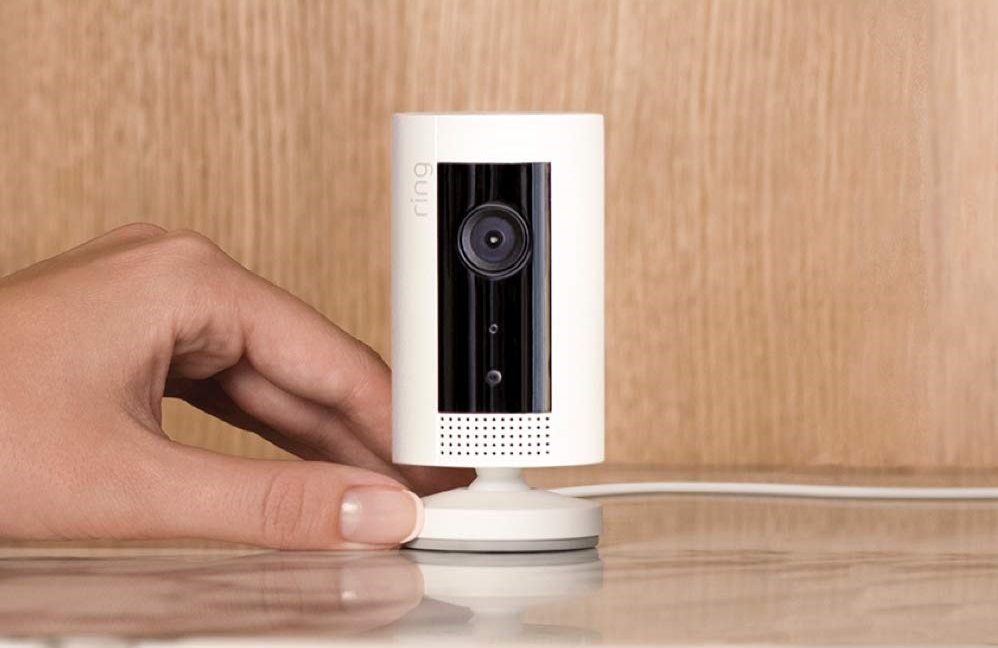 Ring is best known for its video doorbell, but its smart indoor camera is a great choice for people who want to start their home security system.

The camera has a resolution of 1080P, night mode, two-way microphone (so you can talk to an intruder while a break-in is in progress), and a 115° horizontal and 60° vertical field of view.

Ring is also owned by Amazon, so it has all of the same smart-home features as Wyze’s cam, including the ability to arm and disarm it using Alexa, and getting a live stream on an Echo with a display, or TV connected to a Fire TV device. Its setup process is also identical: pick a location, plug the camera into a wall, and set it up using an app on your iOS or Android device.

Once it’s set up, you’ll receive notifications each time the camera sense motion. But, clips won’t be saved in the cloud if you don’t subscribe to Ring’s Protect Plan. The plan costs $3 per month, or $30 per year, and allows the camera to save video clips in the cloud for 60 days. Subscribers are able to review, download, and share video clips right from Ring’s app.

What makes Ring’s Indoor Cam stand out is that it’s one piece in a larger family of home security equipment Ring makes. If you start with this camera, you can add a full alarm system, outdoor camera, and video doorbell, and control the entire system through a single app. If you’re starting small, but have ambitions of building out a large home security system over time, this is a good choice.