Melbourne’s Redcoats are currently bunkered down in the studio working on some new material, the first song to emerge from these sessions being the full-throttle face injection “Trouble In You”.

Keen to find out more about their driving musical inspirations, we asked the band to give us a rundown of what they’re currently listening to whilst they record. What they gave was an amazingly eclectic mix, taking us from the soulful late-night spots of Miles Davis to the filthy back-alleys of Alice In Chains.

Read what the band had to say about their picks and stream the Spotify playlist and videos below.

Led Zeppelin – When The Levee Breaks (Zep 4)
Mr Page was ahead of his time in the studio. Mic placement and using the space. As classic as classic can be. Every engineer I’ve ever spoken to says drums are a hard beast to tame in the studio. This song just happens to have captured them oh so perfectly. It helps when you have that Bonham fellow hitting stuff for you.

The Beatles – Something (Abbey Road)
Written by the best Beatle, Georgie boy. It’s a classic piece of songwriting. They knew how to arrange a pop song they did. George Martin took it all to the next level for them. Perfect pop, progressive pop, timeless. Everyone has a soft spot for a really well written love song. If you don’t you have no soul.

Miles Davis – Freddie Freeloader (Kind Of Blue)
Taking an idea or a concept into the studio and letting it come together there, allowing individual expression to come through, capturing the moment. So much to learn melodically in this album. When you get the right people together in a room strange and wonderful things can happen. We once had a night with this album and song in particular that changed our lives forever. For more information contact our bass player, Rhys.

Nino and Sonny (Big Trouble) – The Phil Spector Wall Of Sound Orchestra
The wall of sound was a pretty sweet concept. It worked pretty well, until he lost his marbles.

The Band – The Night They Drove Old Dixie Down (self titled)
You can go away to the country, hang out and write records? Cool. Not only is this song a masterpiece it is also a history lesson.  Written as if they were in the American Civil War at the time. While everyone else was getting louder and louder and psychedelic and psychedelicer, these guys went the complete opposite way. They played quietly, they told stories and very carefully crafted their songs, working on instrumentation and melody tirelessly. When you have Levon Helm in your band, you can’t lose.

Alice In Chains – Rain When I Die (Dirt)
Sludgy, meaty, grimey, riffy, guitar goodness. They really caught a good and proper vibe with this album. It sometimes happens for bands, if only we knew how it happened. The melody in the chorus of this song. The way it takes off out of the verse. Beautiful.

Pink Floyd – Echoes (Meddle)
If you put it on outside and watch the sky, it will make the clouds dance. It’s really quite something. As music goes, it’s right up there. It seems like the kind of thing as a writer, you can’t understand until it’s a finished piece. You just have to ride it out and see where it goes. I could be very wrong about that though.

Gustav Holst – Mars: Bringer Of War. (The Planet’s Suite)
A beautiful series. Powerful, modern, classical composition. He really captured what I feel like it sounds like out there, amongst the planets. One night we were on tour driving into Newcastle and there was thunderbolts and lightning and it was very very frightening and this suite was playing and it was one of those little moments that will stick in my brain forever. Music and nature, together again. A lesson is instrumental power. How to use key signatures, how to use dynamics.

Keith Jarrett – The Koln Concert
This guy is so good, he gets up in front of thousands of people, sits at his piano, without a set list, plan, whatever and just plays his piano for a while. Not only does he just play his piano, but people are glued to it. It is beautiful and spontaneous and the man has giant balls and a brain for musical harmony that scares me. It speaks a lot about trusting your own ability, trusting the work you’ve done and letting your sub conscious go and see what happens. When you are as good a musician as Mr Jarrett is, it can turn out pretty well. 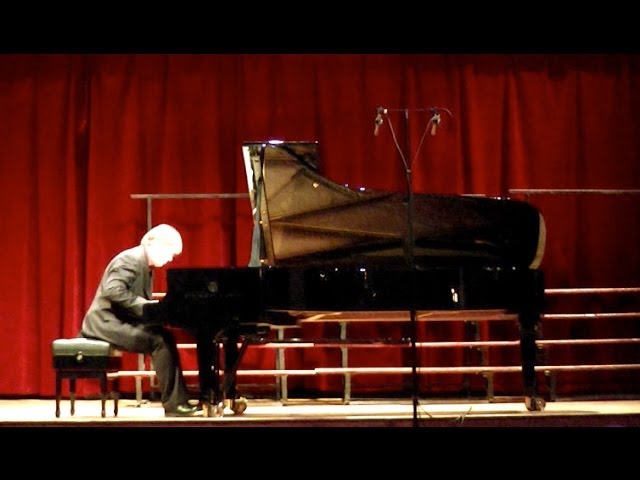