“I was asked to write an autobiography when I was 24,” says Elvis Costello, 61, on the day he receives his first hard-bound copy of his revelatory, evocatively crafted, highly entertaining new memoir, Unfaithful Music & Disappearing Ink. “I said, ‘Could I just live some life?'”

Back then, Costello (born Declan MacManus), the son of a big-band vocalist, blew through rock & roll like a bespectacled tornado, fusing punk, American-roots music and slashing, literary candour on 1977’s My Aim Is True and 1978’s This Year’s Model, the latter with his feral combo the Attractions.

Early on, he famously said that all of his songwriting was driven by revenge and guilt, an image-making quote he now laughs off. “That was never all that it was about,” he says. “It just became a nice tagline to put next to my name. Even when I said it, I was daring people to go, ‘Of course that’s not true.’ Unfortunately, some people are literal-minded.”

Costello has since unleashed a torrent of songwriting across more than two dozen albums, collaborating with artists including Paul McCartney (“As his last co-written hit had been with Michael Jackson, I wondered whether I should be taking some dancing lessons,” Costello writes in one of the book’s best chapters), Burt Bacharach, Allen Toussaint and the Roots – not to mention a still-in-progress album with Kris Kristofferson and Rosanne Cash.

All words below by Elvis Costello.

This was way before My Aim Is True. I recorded it with my semipro band Flip City, when we were doing all these things that were clearly indebted to Bruce Spring­steen. Obviously, this song morphed into [the 1978 single] “Radio Radio”. I took the pop hooks from this one and flipped its meaning to fit the furious mentality of 1977. But it’s an odd thing: “Radio Radio” doesn’t resonate to me now the way this one does. I sing this version now live and let the audience know this is what I meant to say. The idea is closer to [Van Morrison’s] “Caravan”: that you are tuned in to this mythic thing, radio, celebrated in Bruce’s songs. 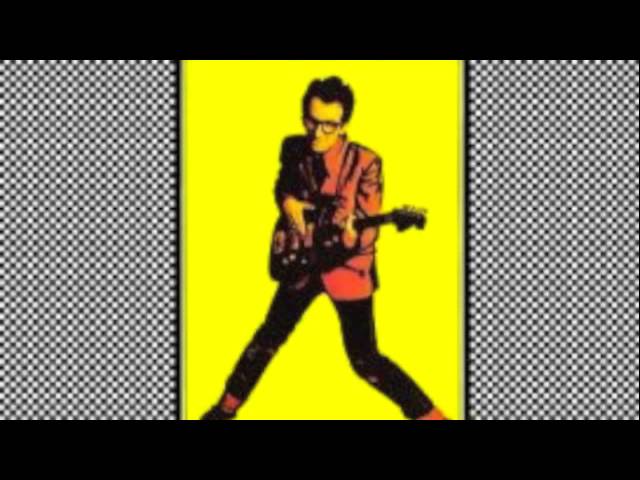 It was the last in a group of songs where I was singing very quietly in my room, before I adopted the musical language that became My Aim Is True. I was playing these quiet songs in clubs, wondering why people weren’t hanging on my every word! What I hadn’t worked out was that people I admired, like John Prine and Randy Newman, had audiences who were aware of them, who fell to a hush to listen. But it’s amusing to hear the musical jump that I made from this style to the first album. And now I play this song a lot, because people come to listen to me. 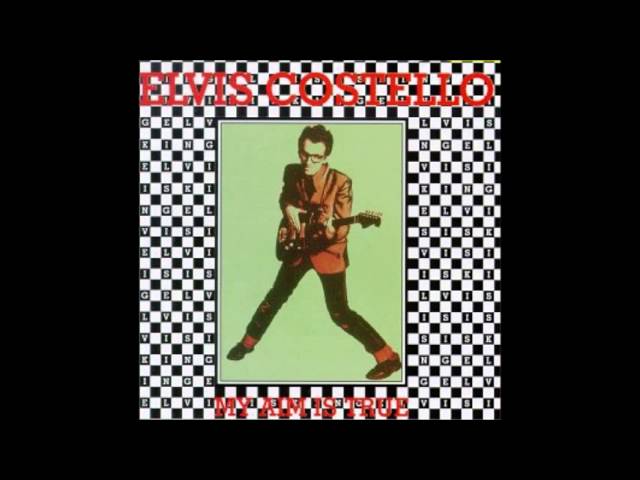 This was more like a visitation. I wrote it in 10 minutes on a train out of Liverpool – the whole song in one gulp. I had the essential image, then I worked backward – a dancehall scene with the put-down lines. That kind of framed this other, weirder idea of “I won’t get any older” – I went, “Why am I saying this when I’m 22?” And then there was the whole comedic thing of getting it down. Nowadays you can demo things on your phone. I had to block it out in my mind. Then I had to get off the train, get to my mother’s house, grab an old guitar I had there and play the song until I imprinted it in my memory. I had no tape recorder. I had no way other than repetition to drill it into my head so I wouldn’t lose it. 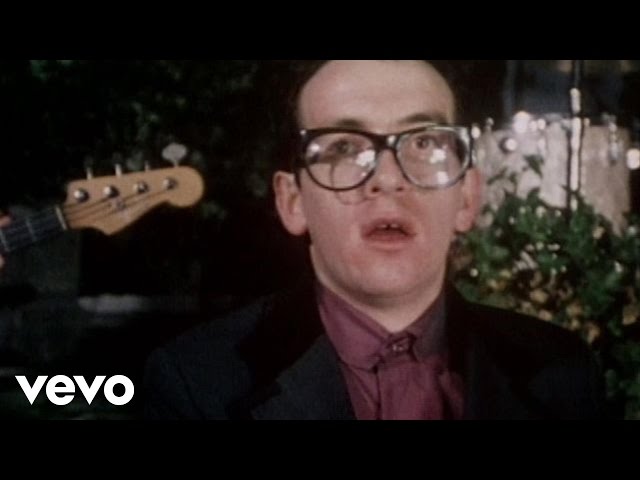 This is a pretty exciting record. It’s very raw singing and a great rhythm track. We cut it in Holland, where we had nothing else to do but go mad in the studio. But as I wrote in the book, it’s “an incredibly sad delusion of a song in which a couple finds themselves in different rooms with different lovers, one of them still irrationally believing that their pledge will endure the faithlessness.” So sometimes the ferocity in the music was real. But songs like “Lip Service” [on This Year’s Model] and “Mystery Dance” [on My Aim Is True] were sort of a joke – a few ideas thrown together with a hook. I was making fun of the ability to write facile pop songs very quickly. The weird thing was people liked it. And I had to find a way to like it myself, because people wanted to hear it. 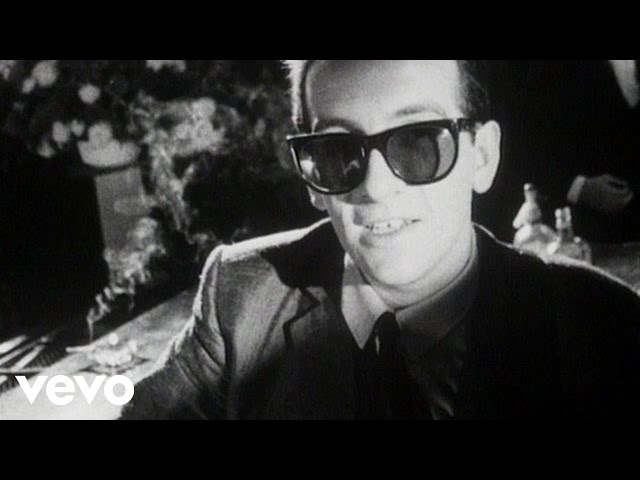 Some of the best things the Attractions did, like this one, were at slower tempos. It’s a myth that it’s all about speed and power. “New Lace Sleeves” is almost like dub reggae. I wrote the first lines in about 1974. I was writing a big, grand song about postwar life; it was called “From Kansas to Berlin”. But the carnal comedy in there, all the embarrassment of the morning after – I didn’t know that stuff so well then. I knew it pretty well by the time of this song. It also was about class and control. People used to say Margaret Thatcher held her Cabinet with some sort of sexual magnetism. Power is seductive. The fact that the music was slinky suited the words. We had to be exhausted to play like that. We had to drain ourselves of the impulse to play fast. 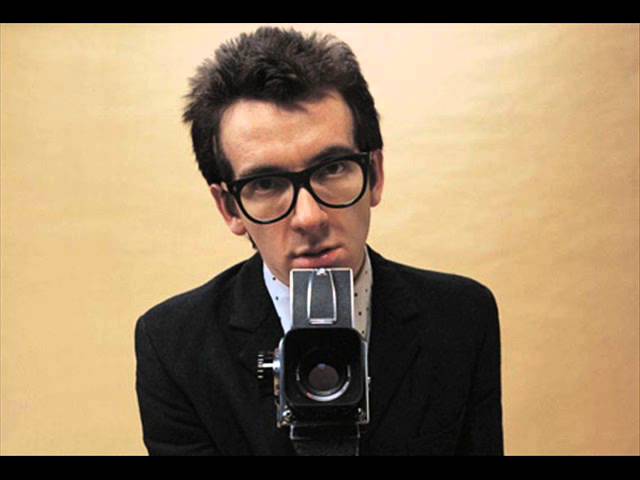 The big change of Imperial Bedroom was giving yourself more space to try things. We had never been in the studio for 12 weeks. We were also moving into the period of big open-spaced music – U2, Echo and the Bunnymen – and suddenly our tight little songs were out of step. This is a ranting kind of song. I was consciously writing words that didn’t make sense – to make a blurred picture, because I was living a blurred life. But Pete Thomas’ drumming is so insane. I felt if I let him have his energy, the rest of us played more orchestrally and I sang quietly, it would be much more persuasive. It was the closest we came to that big music – and we never did that again. I didn’t want to sound like we were trying to catch up with the young guys.

Imperial Bedroom, Punch the Clock [1983] and Goodbye Cruel World [1984] were the most Eighties-sounding rec­ords we ever allowed ourselves to make. We had some hits. We had some people come to the party, then we didn’t like the party when the people came to the door. I started playing whole sets of songs that nobody – including the Attractions – wanted to hear. I just wanted to get out, and I did: I made King of America. The songs are more emotionally raw, and that more raw sound allows that to come through. Those were painful sessions with the Attractions as we were breaking up – on Blood and Chocolate, too. That was an ugly period where we made some great rec­ords. They come out of the tension.

I wouldn’t have known how to write those harmonies before The Juliet Letters [a 1993 strings-and-voice collaboration with the Brodsky Quartet]. That opened my head up – I can put these other bizarre chords in and it can still be a pop song. It’s also the only thing I have ever tried to write about celebrating a place – and pointing out things that are not so beautiful about it. This was also one of the few songs where pulling the Attractions back together made any kind of sense. We couldn’t have recorded it in the wound-up way we were before. 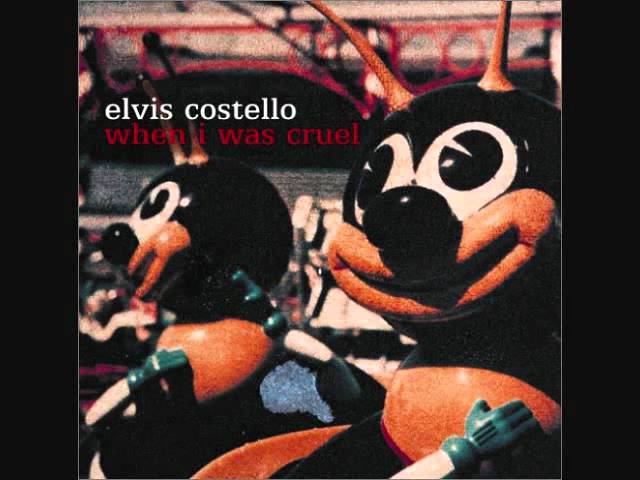 The song is about accepting that there is a perception of you, and the music is backward-leaning and forward-leaning at the same time. I started out with all of these furious ideas, and people somehow feel it’s a betrayal if you don’t represent that all the time. But life is more complicated than that. There are sitting targets in the song, and the narrator is like, “I could have assassinated these people, but it’s not worth it anymore.” [Laughs] It’s not worth what it takes out of your soul to go back down that road. 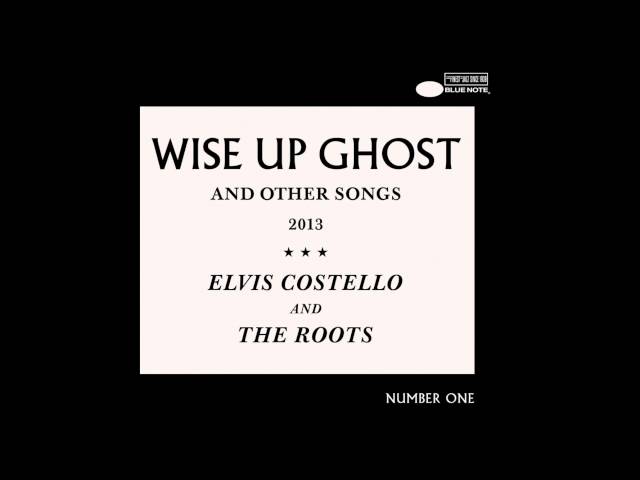 It was at the end of the very long process of making Wise Up Ghost. It was these strange chords. Most of the songs on that album are outward-looking bulletins. I don’t know why the music made me go there, but that night I wrote an account of my father’s last days and hours. I wrote the lyrics in one draft and sang it in one take, into my computer on the kitchen counter. It’s described in a way as clear as I can – the way music was my father’s companion to his last breath. It’s a sombre conclusion. But why be afraid of it?