At one o’clock on a Sunday afternoon in mid-October, Ace Frehley is reclining on a sofa in his plush Sydney hotel suite. All the curtains are drawn save for one, a large window revealing a panoramic view of Sydney’s gleaming harbour. Frehley — dressed in black jeans and brown shoes with no socks, a Motorhead shirt under a pin-stripe suit jacket, a silver ace of hearts medallion dangling from his neck — is in town with his solo band, having supported Alice Cooper last night at Sydney’s Hordern Pavilion. The effects of a life spent playing guitar are evident — “The louder you can speak the better for me cos I’m deaf,” cackles the 66-year-old. “Too much loud rock & roll!” — but having been sober for the past 11 years, the guitarist is in good health and good humour. Tonight he’ll enjoy a night off and hit Sydney’s casino with his wife, Rachel, but for now, Frehley has chosen 10 of the most important songs of his career in Kiss and as a solo artist he’d like to discuss.

All words below by Ace Frehley. 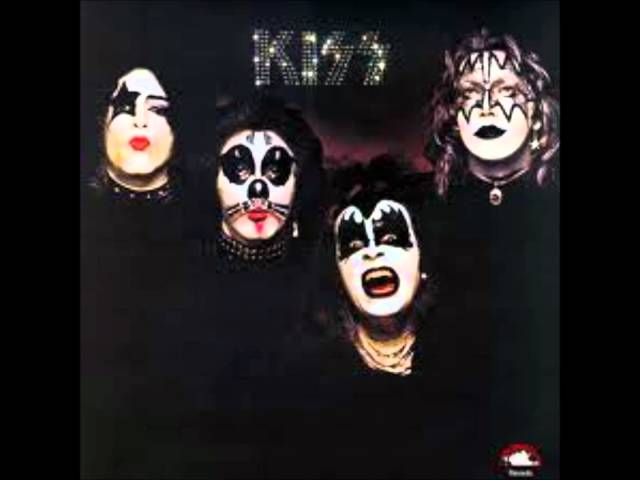 Kiss, 1974
The reason why “Deuce” is so special to me is that it was the first Kiss song I ever heard before we even called ourselves Kiss. I went into the audition on 23rd street, in the loft where Paul [Stanley, guitar/vocals], Peter [Criss, drums] and Gene [Simmons, bass] were rehearsing, and they just said, “Play this song.” I listened attentively, and the next thing I know I’m pulling out every guitar riff I know and [doing] an extended solo. And Gene said they knew right away I was gonna be the guy. Did I think this would be something special? I had a very positive feeling. I think certain things are pre-ordained and meant to happen, and I think the line-up with the original Kiss members — the chemistry of me and Peter being two street kids, with Paul and Gene who really weren’t that street smart, especially Gene, he came over from Israel and took a while to get acclimated — I think that push-and-pull chemistry created that tension that made the music so great in the beginning.

Kiss, 1974
“Cold Gin” was a riff I came up with. I was never really a gin drinker [laughs], but I just liked the way the lyrics sounded. Gene actually wrote that breakdown section. But he never took credit. Over the years there’s been parts of songs that one of us had come up with for somebody else’s song, but we’d say, “No, you wrote the majority of the song, you take the credit.” In the beginning of Kiss, Bill Aucoin our manager made a suggestion that we share all our publishing equally no matter who wrote the song, so at that time it wasn’t going through our heads, “Oh, I’m going to get a little extra money for this.”

Dressed To Kill, 1975
I didn’t write that song, but when you think of Kiss you think of “Rock N Roll All Night”. I remember recording it, and having [Casablanca Records founder] Neil Bogart and all the people from Casablanca, we had like 50 people in the studio singing on the chorus. Between the way it was recorded and the way it was received it’s a special song that I think about as a benchmark in my career. Did I think it would be a hit? I don’t really remember [laughs]. I think after we recorded it I made a beeline to the bar and let the rest of the people sort it out. In those days that was the way I conducted myself. And here I am, 2017, 11 years sober. Go figure.

Love Gun, 1977
“Shock Me” was the first song I sang lead on, and it was very liberating, because I knew in my heart I could sing lead, but I was a little intimidated by Paul, Gene and Peter, because they were all lead singers and they all had great voices. So it was special for me. I remember recording it in the studio with [producer] Eddie Kramer, and I was nervous about doing the lead vocal, and I actually told him to turn the lights down and I sang it on my back. Which is pretty crazy. When I think about it now I think, what the hell was going through my mind? [On Guitar World rating the solo the 50th best of all time] It’s a good solo. I’m not a schooled musician, I never took a guitar lesson. I play my best solos when all I do is look at the guitar neck and know what key I’m in, empty my mind and just let it go.

Ace Frehley, 1978
Interestingly that was a song that I didn’t want to record. Eddie Kramer’s assistant brought it to our attention when I was recording my first solo album in 1978. We actually recorded my album up at the Colgate Mansion, in Connecticut, right near Lime Rock race track. The Colgate Mansion was a little decayed at the time, no one was living there, but I did a lot of the vocals in the library, which had all this wood panelling and a curved ceiling, so it had great acoustics. We set up the drums in the middle of the house where a winding staircase went up on both sides, we had mics up on top to get natural reverb. “New York Groove” was my biggest hit, and I think it was the biggest hit of any of the four solo records. 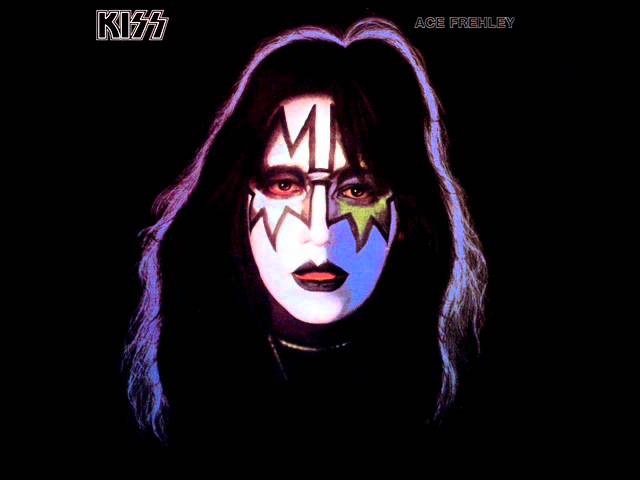 Ace Frehley, 1978
We open up the show with it every night, we play it over the PA and then I run out. Even today that song really holds up. We were up at the Colgate Estate, we had a room filled with 20 different amps. The thing that made “Fractured Mirror” so special was, I used a Marshall on 10 with a double neck [guitar], and I played the same figure on the opposite neck; the pick-ups were on the neck I wasn’t playing. So it was all resonance — it resonated through the body [of the guitar] and then it came out through the Marshall amp. And we had it mic’d crazy, we were getting bounce off a big mirror in the room, and that’s how I got that sound. On “Fractured Mirror” I use one of the first guitar synthesisers ever invented. It was the ARP Avatar. A lot of people are saying to me, “Ace, you’ve gotta do a week at a theatre in New York and just do that [first solo] record from beginning to end.” We’re talking about it. If someone offers me enough money why not? [Laughs]

Dynasty, 1979
That song was inspired by the way I grew up in The Bronx. I was a street kid, I was in gangs. The only thing that saved my life was my transition from being a gang member to being in a rock band. A lot of the guys I used to hang out with when I was 13, 14 years old are dead now, a couple ended up going to jail for a while. I started putting bands together when I was around 13, 14, my very first band my brother was playing bass in. I’d get the phone call on the weekend: “Hey Ace, let’s go out and rumble.” I’d go, “I can’t, I’ve got a show. We’re playing a church down the road!” That’s how I made the transition from the crazy guys and the crazy lifestyle, stealing cars… I stole a few cars! Never got caught though.

Frehley’s Comet, 1987
“Rock Soldiers” was co-written by Chip Taylor. He had two huge hits. He wrote “Wild Thing”, he also wrote “Angel of the Morning”. It was originally supposed to be an anti-drug song, which it kind of is, anti-drug, anti-alcohol, but originally the chorus was “Just say no.” Say no to drugs, so no to alcohol. I had a couple of DUI’s already at the time, and I had to watch my step. So we’re in the studio recording the track and Chip was outside in the reception area, and he comes walking in and he’s going [sings], “Rock soldiers come, and rock soldiers go”. He was so inspired it just came to him out of nowhere, he came up with those lyrics to the chorus. And they were brilliant. Working with Paul and Gene and Peter all those years, and the success of my [1978] solo album, I realised when I listened to this record I was more creative away from those guys than with them.

“Past the Milky Way” 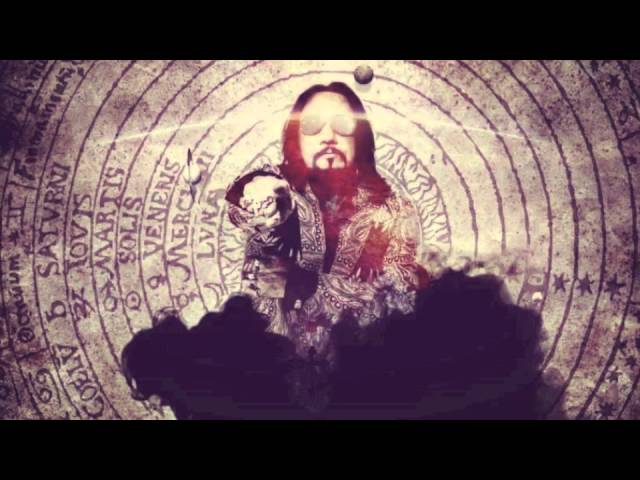 Space Invader, 2014
“Past the Milky Way” was the first song I ever dedicated to a woman. My wife Rachel, she’s been a big influence on me since I got sober 11 years ago. Because the first couple of years you get sober you’re going through the moves and you’re going to the meetings, but you’ve got to cut loose all the friends you used to get high with. So, I met Rachel in San Diego and we hit it off immediately. She was the first person that really showed me how to have fun again without the influence of drugs and alcohol. We used to go to Vegas and run around shopping, she likes to gamble, I like to gamble. Alternative ways of having fun without having to get loaded. And we’re still together. It’s a great relationship and we have a lot of fun together. 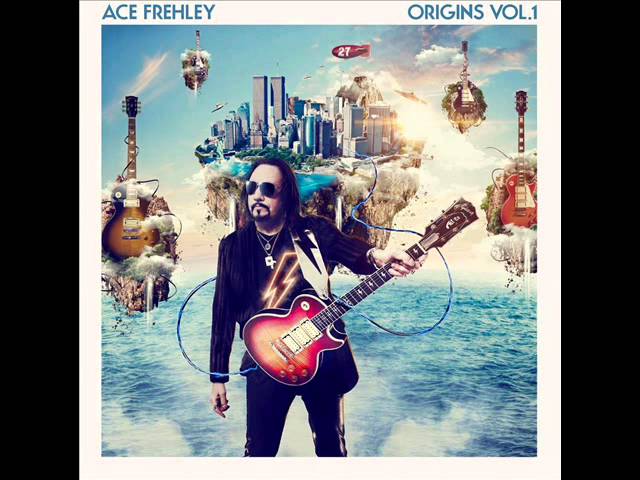 Origins Vol. 1, 2016
“White Room” was on my last album, Origins. Eric Clapton, forget it. Eric Clapton, Jimmy Page, Jimi Hendrix, those are the guys that taught me how to play guitar. And when I heard “White Room” [by Cream] with the wah-wah pedal, I went crazy. I went out and got my first wah-wah and I started using it. “White Room” always was one of my favourite songs with a wah-wah. So that’s why I decided to do it on Origins Vol 1.