Now comes Netflix’s Ratched, created by Evan Romansky and produced by Ryan Murphy. The series is ostensibly designed to offer the origin story of Nurse Ratched, here given the first name Mildred and played by longtime Murphy muse Sarah Paulson. It makes a certain kind of sense, maybe. Origin stories are all the rage, even for characters whom most viewers under 50 don’t know or care about; even when the stories themselves show only the vaguest of interest in the original character or even the origin itself. (Remember how the new Perry Mason sprinted with abandon through the part where, you know, Mason actually became a lawyer?) But in both the book and film, Nurse Ratched is so deliberately unknowable — less a person than a symbol of how society grinds individuals down in the name of conformity at all costs — that explaining who she is and how she became the woman who tormented McMurphy seems entirely besides the point. You might as well devote a prestige streaming TV season to detailing the route the Jaws shark took to Amity Island.

Fortunately or unfortunately, Romansky, Murphy, and their collaborators don’t seem particularly interested in drawing a line between Kesey or Forman’s versions of Ratched and their own. If anything, Paulson is at her most Fletcher-y in her first few scenes, when she comes across as a repressed scold who finds libidinous thoughts and deeds to disapprove of wherever she looks. (“Clearly, your tumescence has distracted you, sir,” she admonishes an unhelpful and, er, engorged gas station attendant.) The longer the season goes on, the less she resembles anything even vaguely recognizable from the source material.

But, as with Perry Mason, chances are that this show’s target audience won’t know or care about Cuckoo’s Nest. The more fundamental problem with Ratched isn’t that it’s an unnecessary, ill-fitting origin story for a formerly iconic character. It barely works as a story even if you ignore the name and consider this the first adventure of a brand-new character.

The stylistic touchstone here isn’t Miloš Forman, but Alfred Hitchcock — or, at least, the Hitchcock-ier passages of The Talented Mr. Ripley, with some Douglas Sirk midcentury melodrama mixed in. It is 1947, and we open not on Mildred, but on the savage murder of multiple priests by Edmund Tolleson (Finn Wittrock, another Murphy favorite). Pending trial, Tolleson is committed to a mental hospital on the California coast, and wouldn’t you know who’s on her way there to apply for a nursing job?

After that encounter with the horny pump-jockey, Ratched turns out to be less a prude than a master manipulator. She will say anything, be anyone, do anything to get what she wants — and whatever the storytellers want, which seems to change radically from episode to episode, or even scene to scene. Sometimes, Ratched is a femme fatale. Sometimes, she seems hopelessly naive. Sometimes, she is a ruthless monster, and at others, she is meant to be a sympathetic victim to her own hidden trauma. Very little of it fits together, especially in the later episodes, where other characters begin finding out who and what Mildred really is, and often do not react at all how you would expect them to, given the extreme circumstances. Paulson is skilled and versatile enough to be convincing from moment to moment, but the character makes no sense as a whole. 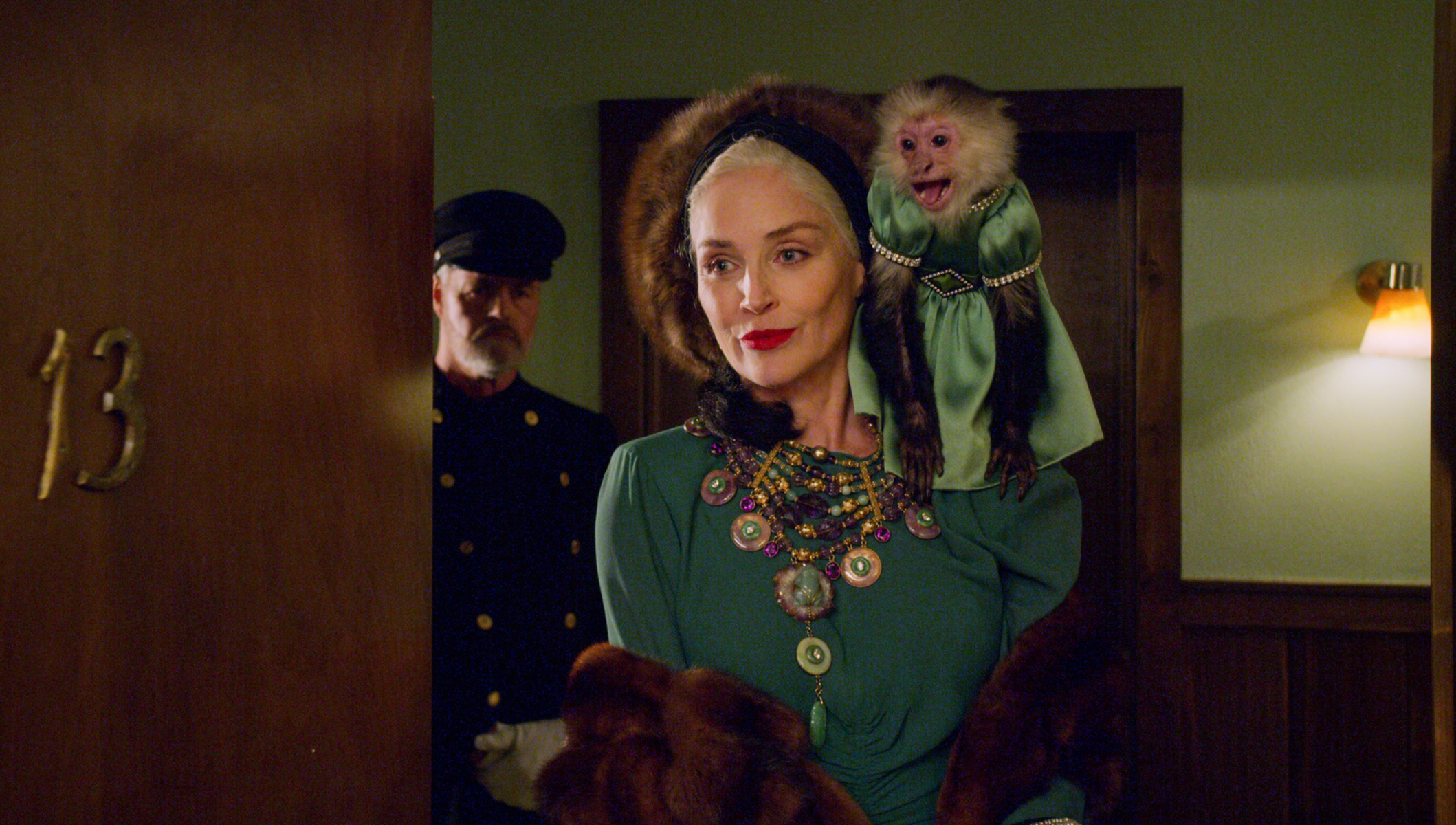 The utter humorlessness of Paulson’s performance is the one aspect of this Ratched that feels in keeping with Fletcher’s. But it’s also an anchor on a show that’s otherwise aspiring to camp absurdity. The impressive supporting cast includes, among many others: Broadway veteran (and American Crime Story alum) Jon Jon Briones as the mental hospital’s chief (and, apparently, only) doctor; Cynthia Nixon as a political operative working for Vincent D’Onofrio as California’s governor; Judy Davis as the hospital’s head nurse, who’s rightfully skeptical of Ratched; Corey Stoll as Ratched’s mysteriously brooding neighbor; Sophie Okonedo as a patient suffering from multiple personalities; and Sharon Stone (perhaps succeeding Jessica Lange as Murphy’s new reclamation project?) as a vengeful rich woman. Not all of them are exactly in the same show as one another, but all seem in on the joke in a way Paulson does not. (Okonedo in particular manages to find the sweet spot between silliness and sincerity.)

At least, I hope that much of it’s a joke. Stone’s character travels around with a monkey in matching dresses; the monkey also gets arguably the season’s most consistent and satisfying arc. The cavernous, Art Deco rooms of the hospital (courtesy of production designer Judy Becker) and the period coats and suits and dresses (via costume designers Lou Eyrich and Rebecca Guzzi) are all in a dazzling array of bright colors, which periodically get drenched in blood for the baroque bursts of violence that feel like they were found on the whiteboard of the American Horror Story writers room.

Yet at times, Ratched seems to owe as much to more optimistic Murphy series, like Hollywood and Pose, as it does to his more cynical and garish productions like AHS. Amid all the scheming, torture, and homicide, the show also has an odd, Pollyanna-ish streak of believing any action, no matter how heinous, can be forgiven if one’s intentions are pure enough. Some of the later character turns — meant as commentary on prejudice and self-loathing, particularly in and around the gay community — are more jaw-dropping than the most extreme acts of murder, because they make so little sense with what’s gone before.

That Mildred spends much of the season living in a motel near the water can’t help but evoke Bates Motel, the A&E drama starring Freddie Highmore as a teenage version of Psycho killer Norman Bates and Vera Farmiga as his infamous mother, Norma. Bates improbably lasted five seasons, mostly killing time (and the occasional dumb townie) on the strength of its two lead performances, until a final season and a half brought the show close enough to the source material to feel vital and purposeful. Ratched has announced plans for a second season, but already feels exhausted by the end of its first. And it’s so far removed from the original Nurse Ratched that five seasons don’t seem like remotely enough to get Mildred to R.P. McMurphy — assuming Romansky and Murphy even care about getting there.

Such an odd show. Murphy is no stranger to big swings, but usually, it’s clear what interested him in a project even if it doesn’t work. Ratched is a bunch of disparate influences (the score periodically quotes Elmer Bernstein’s Cape Fear theme, among others) thrown together simply because they could be, and not because they fit together, or add up to more as a group than they did individually. The Nurse Ratched from the film would not approve.

Netflix is releasing the first season of Ratched on September 18th.