If you purchase an independently reviewed product or service through a link on our website, Rolling Stone may receive an affiliate commission.

Saweetie has been announced as the latest face of Champion, starring in a new commercial for the athleticwear brand and serving as Champion’s first-ever “Global Culture Consultant.”

As part of the gig, the rapper stars in Champion’s new “Get it Girl” campaign, which uses Saweetie’s song of the same name to highlight 12 female collegiate athletes who are demonstrating the “confidence to play by their own rules and look good doing it.”

The girls were invited to a photoshoot with Saweetie for the campaign, where they showed off Champion’s latest collections (think: sports bras, T-shirts, tanks and leggings). The athletes were also named to the inaugural “Champion Circle,” which will feature the young women as brand ambassadors for Champion while also providing them with mentorship and access to Champion executives in the fields of sports, entertainment, media and marketing. 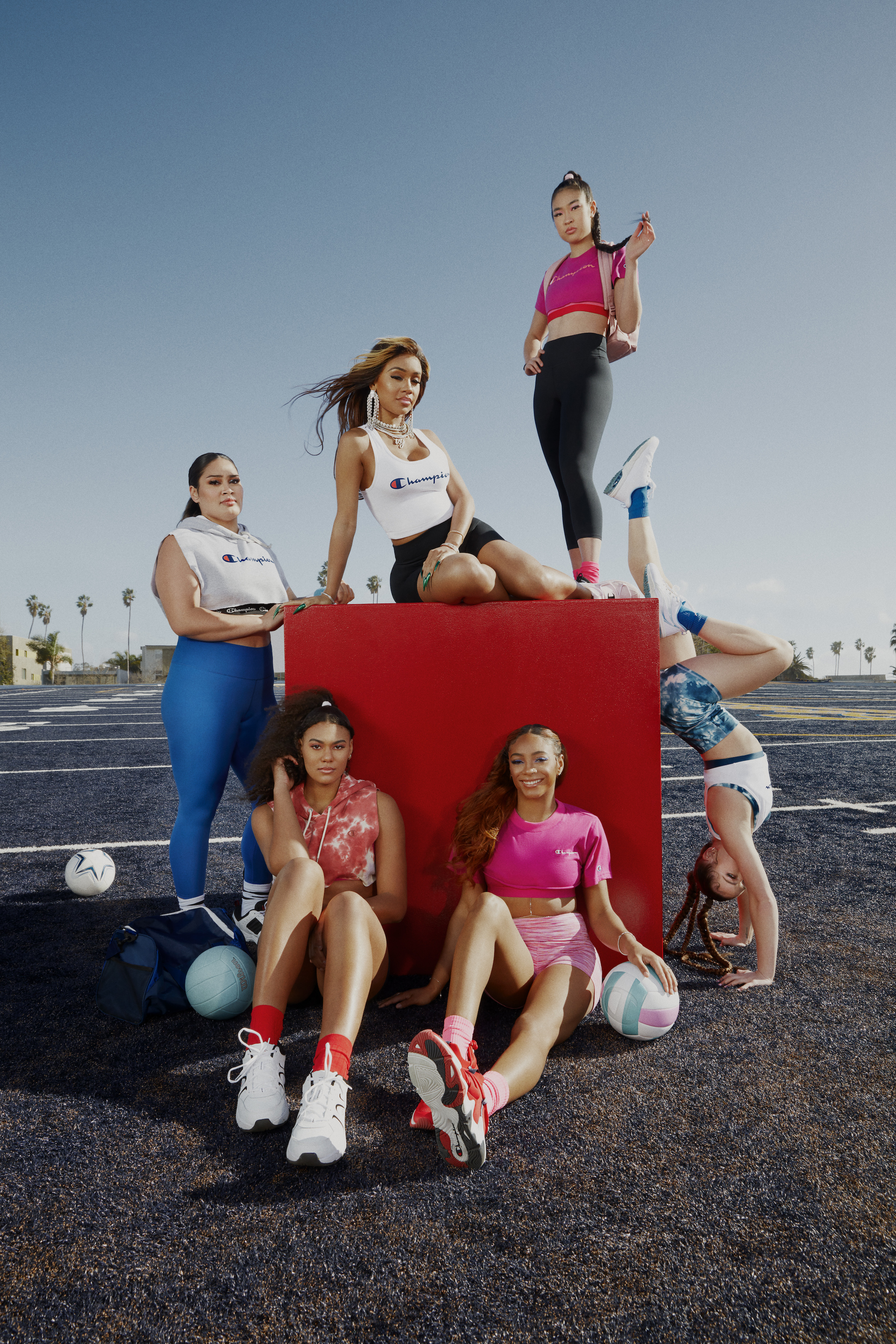 Saweetie, who posted about the new collaboration on Instagram, says she teamed up with the brand not only for their high-performance apparel, but also for the message behind the “Get it Girl” campaign.

“My relationship with Champion runs deep, as an athlete and lover of streetwear,” she says, in a press release. “It’s been a go-to brand since high school! This campaign and partnership hit me on a personal level and I couldn’t be prouder to help all my sporty-icy girls out there feel empowered with self-love and confidence. When you feel good wearing Champion, the sky’s the limit.”

“We’re proud to name Saweetie as our first-ever Global Culture Consultant to help empower women to be their own Champion,” adds John Shumate, Vice President of Global Marketing, Champion. “Saweetie is an inspiration for self-expression and with her “Get It Girl” anthem, we want to unite all women with Champion athleticwear solutions designed for every body, every shape and every workout.”

See more images from the Saweetie x Champion campaign and shop all the pieces online at Champion.com.

“Get it Girl,” meantime is available as a digital download here. The song was originally recorded for HBO’s Insecure, and the hip-hop track appears on the Issa Rae series’ original soundtrack. Saweetie also teased the song in her commercial for the Beats Fit Pro earbuds last fall.