A year ago this week, Trent Reznor tweeted, “New NIN coming in 2016. Other stuff, too.” When reminded of this tweet now, though, he’s coy. “Those words did come out of my mouth, didn’t they?” he says bluntly. Then he feigns surprise. “Oh, yeah, it’s December, isn’t it?” He pauses. “Just wait and see what happens.”

Patience has become the order of the day for Reznor and his longtime collaborator, Atticus Ross. Although the timeline is a little murky, the pair, who won Oscars for their soundtrack to The Social Network, spent the past six months working on two different projects in addition to a new Nine Inch Nails album. One is a soundtrack for Before the Flood, a documentary about climate change that is narrated by Leonardo DiCaprio and came out earlier this year. The other is the score for Patriots Day, filmmaker Peter Berg’s upcoming retelling of the Boston Marathon bombing; it’s a 130-minute picture for which Reznor and Ross wrote an estimated 114 minutes of music. The soundtrack for the latter film is due next month. It’s been an intense period of multitasking for the duo, who are finally enjoying a brief break.

“Working on a film can be pretty myopic, where you fall into a hole and think about nothing but that world while you’re doing it,” Reznor says in a manner that sounds both careful and confident. “We’ve been globetrotting the end of our species at our doorstep [with Before the Flood] and we’ve been immersed in a pretty brutal recreation of a terrible terrorist attack. Taking on a couple of things at the same time has been beneficial in a way because you’re always reacting to something. Working on these two films and Nine Inch Nails has provided some good checks and balances and makes them all more interesting. You can immerse yourself in a project knowing you’ll be on the other side of the spectrum next week, depending on how well you can stay sane switching between jobs. For us, it’s worked pretty good.”

Moreover, Reznor and Ross also challenged themselves on each of the film projects with new strictures and approaches that kept them engaged. When they signed on to the films, the partners had taken a few years off following Nine Inch Nails’ 2014 tour in support of the previous year’s Hesitation Marks. Reznor had immersed himself in the launch of Apple Music, and Ross had worked on scoring other movies. Then they were offered both Before the Flood and Patriots Day around the same time, forcing them to reevaluate their workflow.

With Before the Flood, which also features appearances by Pope Francis, Angela Merkel, Barack Obama and others, they had to work quickly because filmmaker Fisher Stevens wanted the documentary to come out before Election Day. “Fisher said the film wasn’t meant to fill people with despair, but to continue a thread of optimism and to provide a solution-based presentation that plays off the celebrity of Leonardo to get it in as many people as possible,” Reznor says. “We hadn’t heard anything about climate change [during the election], and this was right as we were getting into the shit-show debates, which neglected to even bring it up. So we were intrigued.” 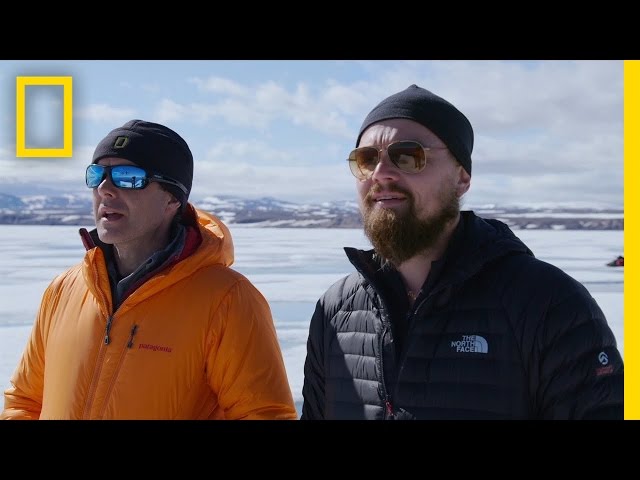 “The message of the film is that everyone is empowered to make change,” Ross says. “That’s the optimism he kept talking about.”

“It’s easy to get overwhelmed by this topic,” Reznor says. “This could be the end of life on this planet. And, as a parent of young kids, it’s pretty easy to fall into despair and apathy. It was his urging that we sorted out our main [musical] themes real early.”

The pair realized quickly, however, how challenging it would be to complete the Before the Flood soundtrack in time, so they decided to make the score a collaboration with “people that we respect,” according to Reznor. So they reached out to the long-running post-rock astronauts in Mogwai and to composer Gustavo Santaolalla – who scored Brokeback Mountain and Babel, among others – and both agreed to participate.

When Reznor and Ross had first seen the film, it was presented in sections that could easily be assigned to the different artists, but as it progressed the narrative congealed and the composers innovated a new approach for them. “We told [Mogwai and Santaolalla], ‘We’re going to send you everything we are working on as works in progress, and if there is anything in there – whether it be a melody or a chord change or a sound – that is inspiring, take it and do anything you want with it,'” Reznor says. “‘Replay it, play on top of what we did, write a different song with the chord, anything. And if you’re open to it, please share your work as well.’ And it grew from there.

“We’d send Gustavo a track in the evening and in the morning, he’d come back with something he’s played on that went in a new direction that we would never have come up with,” he says. “And we’d play on it and send it back. Mogwai would send a track that was a completely different recorded version of something we did, but slowed down and rearranged. It took about a month, but it was immensely satisfying, rewarding, inspiring and fun. I think the score feels much less identifiable as any one of us now and when we were done we left making some true friendships and seeds of wanting to do something with a less compressed time frame with those guys.”

“It could have gone horribly wrong,” Ross says. “Gustavo’s style is wildly different aesthetically to what we do. I love his work, but it doesn’t sound anything like ours. But instead of going wrong, it actually went right.”

“And it was refreshingly ego-free,” Reznor rejoins. “It wasn’t siloed. Gustavo would call me up saying, ‘How did you do all this? I love the darkness you brought to the track; I never would have thought of this.’ And I’m calling up Mogwai saying, ‘How the fuck did you get that keyboard sound?’ It’s fun and it’s what’s missing a lot in the world of music, at least in our world where we tend to just do our own thing.”

But Reznor and Ross didn’t totally turn their backs on what they know best. The soundtrack notably features Reznor’s first vocal performance since releasing Hesitation Marks, a somber, understated requiem for humanity called “A Minute to Breathe” with a chilling chorus: “I don’t want to say goodbye/Stars falling from the sky/We will all be judged/By what we leave behind.” When the singer posted the track to his Twitter in October, he wrote in capital letters, “THIS IS NOT NEW NINE INCH NAILS!” and he says now he was nervous about how his fans would take it. 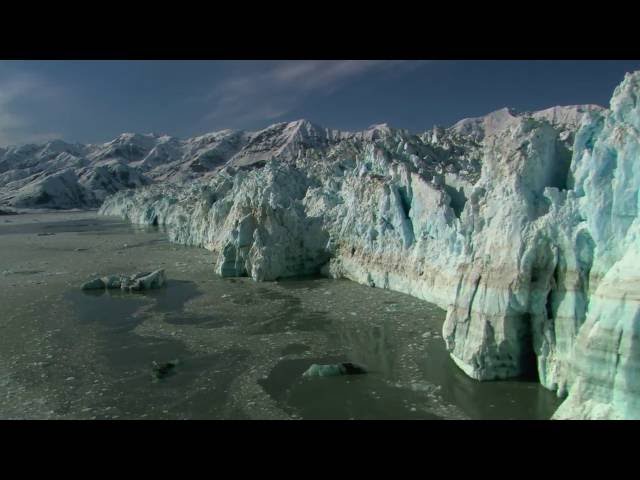 “It was an uncomfortable and risky track to work on, because it could veer easily into eye-roll territory,” he says. “At the end of the day we knew that if it sucked, it goes with all the others in the vault that no one’s ever going to hear. But how does one write a love song about the planet without groans? And that’s what was intriguing about it: Could we pull it off? And right up to the last second of sending it to Fisher, I was saying, ‘I don’t know, man. I don’t know,’ mostly because I was afraid. I reminded myself, after a couple of years not touring and spending time in the hot seat, that it always feels uncomfortable if you’re doing it right. That doesn’t mean the risks are always good. But in this case I felt alive again. I felt that uncomfortable feeling like I’m naked on stage and not sure that I want to be.”

“The day after we’d recorded it, Trent had a whole list of other singers he thought should sing it,” Ross says. “I was just like, ‘No way.’ No one else could sing it and we’re not ‘tuning’ it.”

Working on Patriots Day, which stars Mark Wahlberg and opens January 13th, presented a different set of pressures. From their conversations with director Berg (Friday Night Lights, Deepwater Horizon), the pair learned that music would play an important part in the film, “bringing to life and invoking what it might have been like to be there on a physical sense but more importantly in an emotional sense,” according to Ross. They wrote some music cues that lasted up to 20 minutes, and judging from a snippet, it’s more of a throbbing, slow-building, visceral experience, similar to what they constructed for Gone Girl. 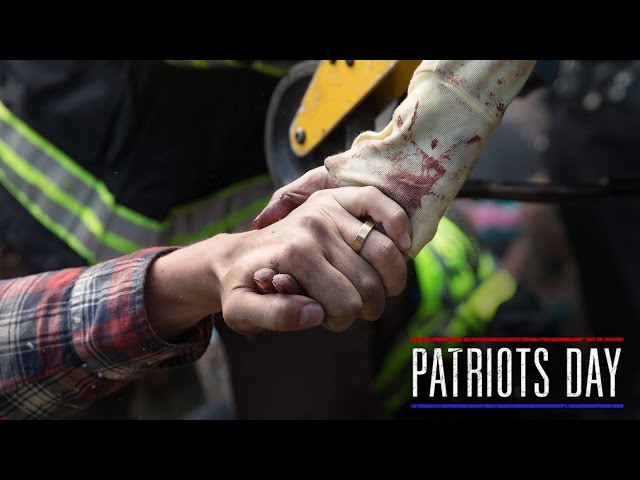 “The main draw for us is we’d be working in this genre without relying on the expected and – quite frankly, in my opinion – super boring, lazy Hollywood film soundtrack trope,” Reznor says. “We were very explicit with Peter right at the beginning: ‘If you’re looking for [mimics aggressive drums], we’re not the guys.’ He’s like, ‘No, I want you guys to do what you think is right.’ That’s the most respectful statement a director could say to me.”

When they immersed themselves in the project, Reznor and Ross pushed themselves to elevate the drama. “When you’re working on a cue that’s 20 minutes long, made up of several scenes, and those scenes are all changing right to the very last second, and the premiere’s the next day, trying to make that 20-minute piece of music make sense is a fucking juggling act,” Reznor says.

“We liked the idea of music being part of the DNA of the film,” Ross says. “We had a dropbox from the FBI that housed all of their real footage from the day, which is intercut. The question became, what we could invent to bring it to life in terms of the sonic identity. It’s an immersive experience. Talking about the devices and techniques that were used would undermine the initial experience of seeing it.”

“Just see the damn movie,” Reznor says. “We saw it for the first time, assembled, a few weeks ago, and it’s a fucking powerful image. I think it will resonate with people in a way that’s unexpected.”

Unexpected, of course, remains Reznor’s M.O., especially when it relates to his main gig. When asked about the mood of the forthcoming Nine Inch Nails record – whether it arrives before New Year’s or not – he wants people to be patient. “That will be part of the reveal,” he says. “I don’t want to spoil it. If I’m interested in a film, I prefer not to watch the trailer. We live in overstimulated times.”