“I can’t be ignored,” says Tinashe in the new preview for her sophomore album Joyride, due this fall. The desert-set trailer for the record is as striking as the music itself, a collection of powerful and diverse sounds that showcase a newfound confidence from the rising R&B star whose singles from 2014’s Aquarius — “2 On” and “All Hands on Deck” — took over the clubs and the radio while even making a fan out of Kanye West. 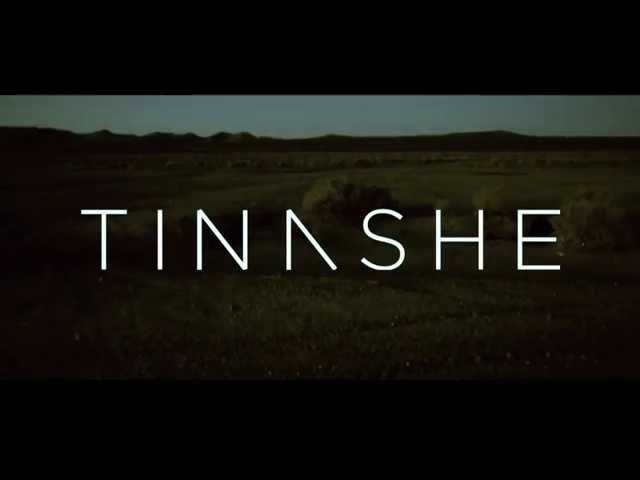 On Joyride, Tinashe is out for blood, promising a few high-profile special guests, including a collaboration with Drake she recorded for Aquarius and debuted during her stint opening for Nicki Minaj on the Pinkprint tour. Next up, she’ll be touring with Katy Perry in South America and then heading out on her own trek across the globe in support of Joyride. Tinashe spoke with Rolling Stone about the beginning of her new era and a few of her famous supporters.

Why name the album Joyride?
I always had it in the back of my head, but it started to become more and more relevant to my current state of my career. With all this traveling I’ve done this past year and everything I’ve gone through, it just really feels like an adventure, a journey, a ride.

A lot of the focus in the album teaser is on being heard, with you saying “Motherfuckers, I can’t be ignored.” What does that mean in terms of the album?
I feel like I’ve been working really hard this year at developing a fan base, a touring base. I’m continuing to grow, but you always feel like you’re a little bit underappreciated, undervalued. Especially for me, it’s exciting to have new music and to give people a chance to rediscover me again.

It’s appropriate that with that theme, you just wrapped up a tour with Nicki Minaj, whose last album was very focused on the idea of being heard as an artist and person. What did you learn from her while on tour?
With Nicki, I can relate to her sense of wanting to get up there and have her platform and say her piece and be her own person. The biggest takeaway for me was that unwavering sense of confidence and badassness and just knowing that you’re the shit is something that I admire.

What’s changed for you in the process of making this album?
A big part of it was the focus going into it, which was that we weren’t going to make a lot of songs, and it wasn’t going to be so experimental. We definitely knew what we wanted going in, and we were a lot more efficient in achieving it. I have so much other stuff going on that we really didn’t have any other options!

I think it’s also important for me to maintain my authenticity, and I think my fans are going to hope to see that I’ve recorded some songs in my home bedroom [as had been done for Aquarius]. I made a genuine effort to record certain songs and create material in my room. It was definitely different to [juggle] a touring schedule and a creative schedule, but it’s something that I definitely had to just work through and work on and push myself to work even harder and be even more focused.

The list of producers on this album is so diverse, everyone from Max Martin to Dev Hynes. What was it like to shift gears from working with someone like Dr. Luke to someone like Boi-1da?
I have so many sides to me and things that I want to represent. Working with all of those producers is a search to be versatile and being versatile. It’s always interesting navigating working with all these very different producers — you have to learn how to work with each of them individually, but that’s part of the fun and the process of recording.

One of the songs that stood out to me was the Boi-1da-produced “Party Favors,” which goes even harder than your past club songs like “2 On” and “All Hands on Deck.”
“Party Favors” is one of my favorites, and that will be the first song that we will drop within the next week or so, and it’ll be the first taste of the album everyone will get which is exciting. It’s a very in-your-face first impression.

Along with the tour and this new album, you also were handpicked by Janet Jackson to pay tribute to her at the BET Awards? What was that experience like?
Janet is an idol of mine and obviously an icon. She’s so influential, and especially as a black woman, I think the different barriers she was able to break down and still be this amazing worldwide pop and R&B sensation is something that is so amazing and so hard to do. To be part of that and just to be part of the legacy in general was an honor.

Choreography and highly athletic dancing are integral to your performances. Is that something you keep in mind when recording and writing new songs?
The live aspect is such a huge part of who I am as an artist. With like Janet Jackson, that was always so important for me in artists and something that I always loved. I saw, in recent years, just kids not having anybody that was fresh and bringing to the table a really, really well-thought-out and entertaining live show.

Especially touring around the world, you get exposed to and inspired by all these different sounds and styles [that] you want to bring to your music so that you can perform that material. I feel like the things I always navigate to musically you can still dance to, no matter what.

What are some of your favourite memories from recording this album?
Working with Max Martin and his camp was a huge honor. I’ve been a huge fan of his since his Britney Spears days. I loved being able to work with him.

Also recording “Party Favors” sticks out with Boi-1da. There was so much energy in the room, and everybody thought it was so much fun. Those are always really special moments: when everyone in the studio can tell that you’re coming up with something really special.

If you were to describe in Joyride in five words, what would they be?
Inspiring, exciting, dangerous, adventurous, explosive!