When The Menzingers toured Australia in 2014 in support of Rented World, their fourth album, the band were eager to maintain the momentum garnered by the runaway success of 2012’s On the Impossible Past.

Maintain they did. Fast forward to February 2017 and you’ll find Philadelphia’s favourite melodic punks at the beginning of another album cycle for their third Epitaph release, After the Party – which has picked up rave reviews from every which way — and a small run of Australian shows imminent.

How’d the record come about? Did you guys have a bunch of material ready to hash out, or did you head to the studio and start from scratch?
We’re always writing, especially me and Tom [May, guitarist]. We both came to the table with a good chunk of what the record would become. We definitely went in with over two years of material – verse here, chorus there. So we spent those four months putting the puzzle together basically.

Last time I spoke to you, just before you released Rented World, you said you felt a decent amount of pressure around that record. Did you feel the pressure was off a little with this one?
There’s always a pressure. Music in today’s day and age… a bad record can completely screw your career. So we always want to write to the best of our ability, but then we knew we were at a position where we could completely write for ourselves.

We had huge success with Rented World and On The Impossible Past, so we were in a really good position to just write the record that we wanted to make.

And what was the record you really wanted to make?
We wanted it to be this ultimate bar jukebox record where you can play every song and it’s fun as hell [laughs]. We got a lot of influences from the ’70s… you know, Thin Lizzy, Meatloaf – those big, rock songs that are so huge and tell these giant stories. You can hear those songs and they set the tone for an entire night. We were influenced by a lot of that.

We wanted to take something like “Bat Out of Hell” and make it our own. Maybe not as bombastic as that is, but we wanted to do something along those lines. That’s what I think “Tellin’ Lies”, right when the guitar kicks in, that’s our statement for the record. We wanted to make it this big thing. 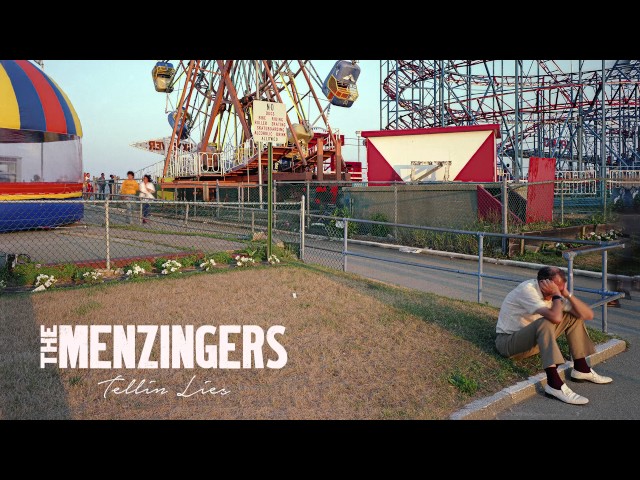 On The Impossible Past looked back, Rented World documented the present, is it fair to say that After the Party is more about looking ahead?
This record more than any other one is looking toward an optimistic future. It has a lot more of a positive tone than Rented World – that record was a bit more pessimistic about the present and where we were at. After The Party is an optimistic look at the future. I think the three albums fall in line.

What do you think caused that shift in you – personally and as a band – from pessimism to optimism?
I think it has to do a lot with where our band is and where we are as people. After Rented World we hit this stage where we were so comfortable with the band, with each other. The internal struggles of ‘Is this tour going to work? Are we going to be able to afford things?’… they weren’t there anymore.

It probably doesn’t make for a great story, but we’ve never had more fun writing music. I think that really comes off with the record. While we were writing… it was the most fun I’ve had in my entire life. No idea was too silly, we just had the best time every single day.

That led to the recording process, and a lot of the lyrics. When you’re surrounded by that positive mental attitude, it starts to reflect in the lyrics of everything. I knew we wanted to get into a more ‘storytelling’ atmosphere than we have in the past, and I think we definitely did that, but there’s definitely a more optimistic tone about where we are as people and where we’re going with our futures.

And it was the first time you recruited Will Yip [Title Fight, etc] as your producer – what did he bring to the table?
A bunch of stuff. We’ve worked with some incredible people in the past, and they’ve basically taken what we do best and highlighted our strengths. But Will flipped the script a bit. He was like, ‘you guys are already so good at being you, that’s why you’re successful. But you’ve fallen into a lot of songwriting habits…and I think you could benefit from changing up a lot of that.’

That was one of the biggest things Will did for us – he immediately over-analysed every single song and re-wrote them, basically. We went into the studio over prepared with all these demos and we changed it all – we changed the keys, we moved verses around, we changed choruses, we changed melodies – that was huge for us.He took on that role as fifth member of the band and really helped us rewrite a lot of these songs. It wouldn’t be the same without him.

Thematically, the record leans on the awkward shift from late-twenties to early-thirties. What do you think are the most difficult aspects of “growing up”?
We’re told that we need to have all these things – own a house, have a car, a great career by a certain age. But it’s all just bullshit. It’s your friends and yourself that really make you happy in the long run. And this whole album is just an ode to creating an ode to a life that you want and just not what other people have designed for you.

After The Party sums up so many ideas of the record. When I think about our band, if you could sum it up in one song, that song always comes to mind for me. It’s very lyric-intensive, urgent-sounding and would be a blast to singalong live with. I think it sums up a lot of the questions that you have and that you worry about. It’s the simple things that create the beauty in life.