Luke O’Farrell leads the way up the steep staircase of the inner-west Sydney townhouse he’s been living in since 2012, around the time his band The Laurels released their debut album, Plains. Stepping into a space just off his bedroom, we find a pair of white and sunburst Jazzmaster guitars. Beside them, set up on two large tables, are the synths, samplers and drum machines that he and fellow Laurels guitarist/vocalist Piers Cornelius have used to drastically alter their shoegaze foundation on forthcoming follow-up, Sonicology, an album that captures the collision between their psych-rock sound and further afield influences, including Public Enemy, James Brown and J Dilla.

“With Plains we were doing a studio record of stuff we’d been doing live the entire lifetime of the band,” says O’Farrell, leaning back in his chair. “[Sonicology] was written and created entirely in the studio.”

“For the type of record we wanted to make, we couldn’t all be in a room and play it live. We had to just build it up from the demos,” says Cornelius. That reality contributed to Kate Wilson departing on drums, replaced by Jasper Fenton, previously of Sydney bands Decoder Ring and Dead China Doll.

It’s been four years of upheaval and countless nights in the studio, with their loyal fanbase left wondering what the mysterious Laurels were up to. Ahead of the release of the new album on October 14th, Rolling Stone caught up with O’Farrell and Cornelius to find out how the drastic transition all went down.

Having worked on Sonicology for so long, how do you feel about it now that it’s ready for release?
Piers Cornelius: I think I like it because it doesn’t sound like us, which is weird.

Luke O’Farrell: While the guitars are still there, they’re not the main element anymore. Some of the songs were around from when we finished [Plains], but they changed so much. We’d bring in the sketches and then we’d all have ideas for each other’s songs. They went places that maybe we wouldn’t necessarily think they would. I’m happy.

Listening to this record, it’s highly varied in sounds and style. There’s hip-hop elements. British influences like The Happy Mondays and Stone Roses. What broad musical styles do you think are bubbling up in there?

O’Farrell: I think hip-hop is inevitably going to be the main checkpoint for that. Because that’s pretty much all we listen to. It was just a matter of finding how deep we could go.

There’s just so much from that kind of era in the late 80s to mid 90s. Cause that’s when sampling was still really big and before it started getting cracked down, artists couldn’t do it as freely and started getting sued. And through listening to hip hop you’re intrigued by the samples they’re using. You’d go back and find all this other stuff. We started getting into funk and soul.

Cornelius: We got into Public Enemy at first and then got into James Brown. And once we’d exhausted all that it was ‘Oh, what other hip-hop is there?’

When did those influences star to come through to your own music?
Cornelius: 2012, just before we recorded Plains. We were getting into totally different music and still had to go in and record these songs.

O’Farrell: [Songs] which we’d already been playing for six years. If you write stuff when you’re 16, you’re not really going to feel the same. They’re reflective of past experiences and that’s done now. You want to talk about new experiences, and that’s what this record is. Talking about the last four years.

I heard some early demo versions of Sonicology tracks in 2013, just after you’d returned from a tour of the United States. How did the record come together after that?

Cornelius: November, 2014 we started with Jasper (Fenton). It was limited by funds, and the only way we could have got it done was by someone playing drums onto the demos. We couldn’t track it live. The drums just had to be one of the parts that was added.

O’Farrell: The earliest incarnations have been around since 2012, 2013. There were heaps of songs and then picking 14 of those. When Jasper joined he did the drums in two weekends for all 14 songs.

What happened once you had those drum tracks added to the demos?
O’Farrell: We found a place in Redfern above [rehearsal studio] Troy Horse. Then that took a while. Just shit happens. Life happens. Last year, after we tracked the drums, for six months it was just us getting together, going over songs and experimenting. There was a lot of stuff recorded that didn’t get used. That’s where the sampling came in.

O’Farrell: Screwing around with other effects, running them through filters and seeing how far you could take it. 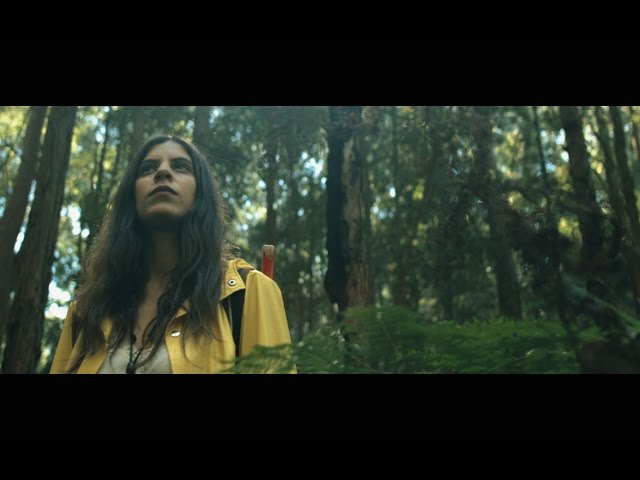 Track three on Sonicology, “Clear Eyes”, is a hip-hop instrumental/electro-pop freak out. Appearing so early, it’s imaginable that returning Laurels fans will be thinking, ‘Okay, I guess I have no idea what’s going to happen on this record’…
O’Farrell: It’s the most far removed thing on there from what we’ve ever done. People would hear that and think what the hell is this shit?

I love it. I guess that’s the extreme. There’s moments on the album that are like what we were doing before. There’s still guitar-driven stuff on there.

It’s still shoegaze, yeah. [laughs] There’s a cheeky “A Day In The Life” reference right at the end. At the end of “Zodiac K” there’s a bell that rings out. We were like, ‘Can you make it ring out like the piano chord on “A Day In The Life”?’

Was that the influence of Brent Griffin (SPOD) mixing?
Cornelius: He came up with an outro that went for heaps longer. And then there was a bell that Jasper had added. It’s awesome that’s the last thing on the album though, it’s so good.

O’Farrell: We told Brent to add a shit tonne of reverb to it and so it just rings out. The guy we mastered it with actually remastered Sgt. Peppers. And he says, “I’m just going to fade this out.” And we’re like, “No can you make it ring out like the piano chord!”

What about overdubs, is Drew Huston from Wild Cat Falling the only fifth member who appears?
O’Farrell: Alyce [Brandner, O’Farrell’s girlfriend] did a Bulbul tarang. It’s like an Indian banjo. Which is on “Some Other Time”. It’s the twangy string sound. Brent did some additional drum programming, having Jasper’s drums trigger a drum machine to double the kicks and the snares.

Cornelius: Drew just came in one night for like three hours. We’d said to him all the songs we wanted horns or brass for, and he came in and did it.

O’Farrell: I never thought we’d have saxophone on an album. That’d be the James Brown influence. We put trumpet on there as well. A bit of flute. It was cool getting those other kind of instruments involved. As well as sampling weird shit off records. Like a second of strings from junk shop finds, and then you warp it. You’re making it your own thing. You’re not stealing a melody or something.

What’s your interest in working those sorts of sounds and spoken word samples into your tracks, like we hear on “Zodiac K”?
O’Farrell: The textures. It makes it more interesting for us I think. Maybe people don’t necessarily pick where it’s come from, but we know. Little subliminal clues. It’s just cool to reference those kind of things. You’re giving a nod to something.

Cornelius: We used to do it on demos as well before even getting into hip-hop. I don’t even know what it is, just something interesting. It maybe even stems from Ride. They have a Withnail and I [1980’s British comedy film] quote inside a song. It makes it seem more cinematic. More grand. Rather than the same thing in every song. Full blown guitar. Tremolo guitar. 28 layers of guitar.

O’Farrell: Or getting orchestral sounds. We can’t afford to hire a 38-piece orchestra. But you can sample a string note and then put it through a sampler and pitch shift it and play that. That’s just a way of incorporating those sounds without forking out thousands of dollars.

What’s coming up for your upcoming album tour?
Cornelius: Playing heaps of regional shows and going to Tasmania. Playing Katoomba in the Blue Mountains with Broken Chip. Going to Perth.

O’Farrell: Also a cover of “Intergalactic” by the Beastie Boys. That’s being talked about a lot but there’s been no progress on that whatsoever.

Cornelius: Conrad [Ritchers, Richard In Your Mind’s bassist] says he knows all the lyrics and will just do all three [“Intergalactic”] parts. He was telling us someone once reviewed his old rap band and said he was the worst rapper in the world [laughs].