The new album sees you guys push things sonically in a few new directions…
Yeah, everything just clicked with this record – I feel like the songwriting and production are fused. They were a tool in one.

Quiet Ferocity sounds like it marries the catchy indie rock of your earlier records with more of a pronounced dance music influence…
Before we even started the record I was making playlists on Spotify of drum sounds. I was focused on sounds or bands I was excited about. I feel like every song on this album kind of started as an instrumental dance song with vocals just eventually appearing on top.

One really fun game for me on this record was putting a little bit of a dance edge on songs, but still keeping it band-y. I found that the acoustic guitar was the missing ingredient, so that appears on every song somewhere. It was that combination of tasty repetitive bass with a really tight drum sound, like from Chic or Seventies Michael Jackson. Those tight disco drums, then paired with acoustic guitar – it was just this flavour for me that opened up heaps of doors.

There’s some interesting synth sounds on the album. Are they hard to pull off live?
It’s been freakishly easy, compared to the last records. There is a lot of synth and percussion sounds, but I didn’t want it to get too loop-y. I just limited myself to this one keyboard I had and whatever I had in the studio. With [2015’s] Speakerzoid we finished off the writing in the studio, but that needed kind of 15 people playing the song. But on this one if you hear a synth playing, you might hear one of the guitars stop so there’s always a space there. It became about culling things in the arrangements and it just developed into something that would be easy to translate into a live set. Which is awesome, ‘cos we’re not freaking out! 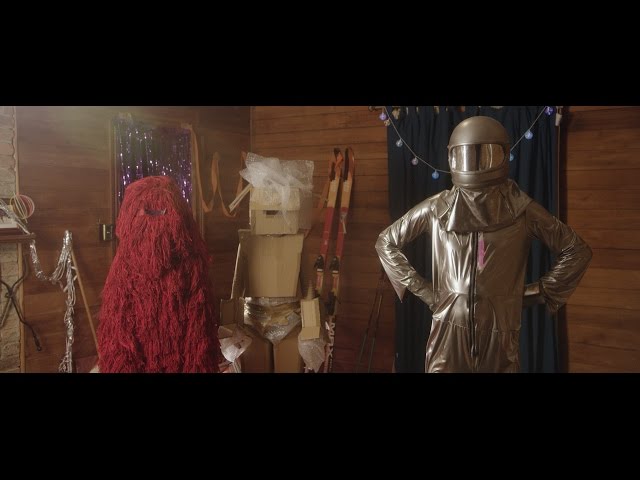 Did you experience any writer’s block while making the album?
Before Speakerzoid I went on a trip to Paris to write songs, and I got there, set up a studio then had nothing to write.

I read this book by Ernest Hemingway, A Farewell to Arms, which is the best book I’ve ever read. I was like, “How the fuck did this guy write this?! What’s going on here?!” I researched him heaps after that and read an essay he wrote for creative types talking about good ways to write. So for me the whole idea of writer’s block is gone now because I got rid of that romantic sense of what songwriting should be. It used to be my cop out – like “Today I’m gonna write”, and if nothing happens I’d say, “Well, today is not my day. I opened up the gates, and a song isn’t dropping in.”

In a sense you’re not being responsible for your output. So Hemingway’s technique was to make it a nine to five and work it like a muscle. No one is going to help you. You’ll have good days and bad days, but you have to be working on shit. It used to be if I was writing a song and I didn’t know where to take it, I’d bash my head on the wall and ruin it. Hemingway’s advice is to just abandon ship, put the idea away and look at it again the next day. And when you leave for the day, you don’t take your work home with you. It’s being easier on yourself, and you feel like you have more time because you’re not pushing.

Did that approach mean you wound up with a lot more songs than you normally would?
Yes. At first it was hard because I’d never worked on music from nine to five before and you find that you’re not equipped to keep going for that amount of time. So it would be super hard and I’d be like, “Well, what the hell do I do now? Maybe have a cigarette?” But I learned to slow down and work on the little tiny things and the hours would slip away. After a couple of months I got used to the process of write and abandon, write and abandon, and then the songs began forming. It just started cascading.

“I have heaps of friends over the years who have signed deals and been really unhappy and things didn’t pan out as promised.”

Did you have a clear idea how you wanted the album to sound?
Yeah. That just came from the production – it started with getting that tight drum sound, then the bass sound followed. It’s a really bass-heavy record and the bass plays a really big part. From there you’ve just got a template to form everything else that will compliment that drum and bass. Where we recorded too was important – we set up our own studio space somewhere. Writing in your bedroom sounds easier, but I reckon it’s so detrimental because distractions are around every corner and if someone is home you don’t sing the same way because you’re conscious they might hear you, stuff like that.

So you’re happy with how the album turned out?
Yeah. Maybe that’s what feels good, that it was executed the way that it was. A big thing this time too was that I produced it. In the past we’ve had other producers and it’s always been a little thing of mine where I’ll get to recording and it goes into the head of the producer you’re using and it slightly changes, but even a slight change can change your whole energy.

On Speakerzoid, our producer Magoo said to me “You need to start doing this yourself” because I was stopping him on everything and the workflow was being effected. I took that and ran with it, because I didn’t want to be telling someone how to do it.

You guys are still hugely successful, but independent. Is that a source of pride for the band?
For me it is a sense of pride. Times are changing and I don’t think it means that much to be signed now, in my head anyway. There used to be this thing of “we’re signed now, we’re gonna make it”, but I have heaps of friends over the years who have signed deals and been really unhappy and things didn’t pan out as promised.

It’s a different world in music now. If you can fund recording yourself it makes all the difference, but in the modern world of music people are recording in their bedrooms and producing themselves and it’s now more about artists doing things for themselves. I’m not sure what a label would offer us because we’re funding these records, putting them out and putting on these tours ourselves.

Honestly, it makes us feel pride and we have way more control and taking away that control would completely change the dynamic of everything we do. We take risks, obviously, but even with a label there are risks involved, but you’re involving other people. We want to take out own risks, make out own choices and feel like it’s us and that people are getting what they’re promised.