It’s incredibly difficult to make a great rock biopic. How do you cram a person’s entire life into a two-hour movie? Even more challenging, how can actors convincingly portray iconic musical figures? That probably explains why long-rumored movies about Keith Moon, Mötley Crüe and Janis Joplin never seem to get off the ground. The new James Brown movie Get on Up, however, was a rare success, and we asked our readers to vote for their other favorites. Scroll down to see the results.

Many biopics fail when they try to tell to tackle too much. This 2009 British movie by director by Sam Taylor-Wood zooms in on John Lennon’s difficult teenage years, based in part on a memoir by his half-sister Julia Baird. The soundtrack is jammed full of 1950s classics like “That’ll Be the Day,” “Shake, Rattle and Roll” and “Hound Dog.” Aaron Taylor-Johnson does a very credible job as John Lennon, and the film wisely ends before the Beatles experience anything resembling success. 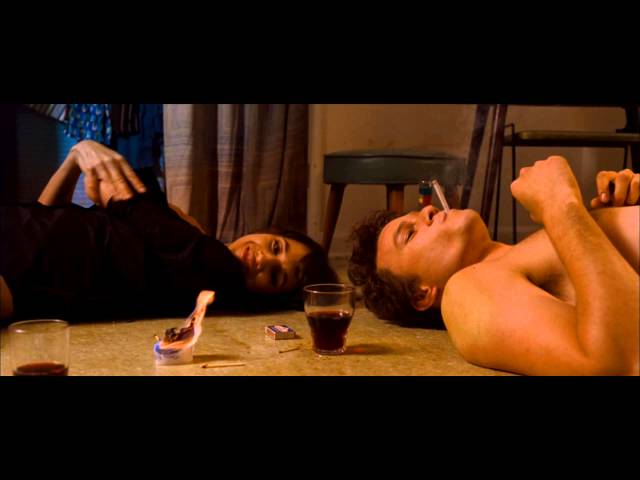 Bob Dylan has lead such a chaotic, epic and mysterious life that it couldn’t possible be captured in a traditional movie, or even by a single actor. That’s why director Todd Haynes took the rather unusual step of having six actors, including a young black boy, Richard Gere and Cate Blanchett, play different versions of the songwriter in his 2007 movie. Many critics loved the movie, but audiences not intimately familiar with Dylan’s life didn’t quite get it. The film barely crossed the $10 million threshold at the box office.

Ike Turner lived to regret the day he signed over the rights to his life story for this 1993 movie about his tumultuous and violent relationship with Tina Turner. That’s not to say the movie is inaccurate. He was incredibly physically abusive, but many rock stars have beat up women and managed to survive with their careers intact. It’s a little different, however, when you abuse one of the most beloved singers on the planet and Laurence Fishburne plays you in a movie. Until his dying day, Ike said the movie was unfair, but this is based on Tina’s book I, Tina and virtually nobody else questions her memory of this time. Angela Bassett was incredible in the leading role, which was initially offered to Whitney Houston.

Consider this a sequel of sorts of Nowhere Boy, even though it was made 15 years earlier. The movie tells the story of The Beatles during their days in Hamburg circa 1961, centered around John Lennon’s relationship with Stu Sutcliffe. For the soundtrack, a supergroup of Thurston Moore, Dave Pirner, Greg Dulli, Dave Grohl and Mike Mills came together to record classics from the era, though rights issues precluded them from tacking any actual Beatles-written tunes. The surviving members of the Beatles didn’t love the movie, but it remains the best cinematic account of the Fab Four from that era.

Just seven years after Sid Vicious and Nancy Spungen’s tragic deaths, director Alex Cox created this movie about their torrid relationship. Even Johnny Rotten, who despised the movie, praised Gary Oldman’s portrayal of Vicious. Chloe Webb captures the manic spirit of Spungen, much to the chagrin of Courtney Love, who begged producers to give the role to her. (She eventually settled for a bit part.) Bizarrely enough, Joe Strummer created original music for the movie, which was a better hit with critics than the general public. Maybe 1986 was just too soon for a movie about the punk scene.

Long before he was a mainstay of reality shows and your most terrifying fever dreams, Gary Busey was a widely-respected actor. His most acclaimed role was Buddy Holly in this 1978 movie, where he actually sang his own songs and lost a ton of weight to look right for the part. Some people have complained about the accuracy of the movie and Paul McCartney was upset it didn’t even mention Norman Petty, but issues like that are almost inevitable. All in all, this is about as accurate as movies go and Busey deserved his nomination, even though he lost out to Jon Voight.

Many of the most iconic photographs of Joy Division were taken by Anton Corbijn, so he was the perfect choice to direct this 2007 biopic about Ian Curtis. It’s a bleak story of a troubled young man that committed suicide at the age of 23, and this film doesn’t hold much back. Shot in black and white, it shows Curtis dealing with constant seizures, severe depression, a disintegrating marriage and an affair with a Belgian journalist. Along the way, he created some of the greatest music of the post-punk era with his band Joy Division. The surviving members, who went on to form New Order, created music for the movie. It’s the last time they worked with bassist Peter Hook. There’s precious little footage of the real Joy Division, so for diehard fans of the band this movie has become the best next thing. 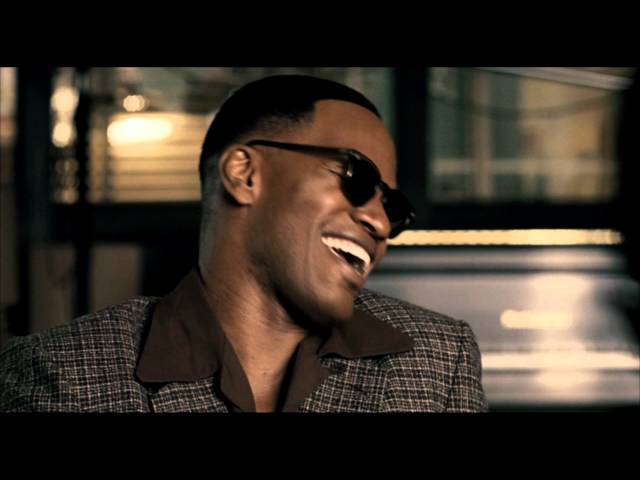 Some people scoffed when Jamie Foxx was cast as the lead role in this 2004 Ray Charles biopic. At the time, many remembered the actor for his work on In Loving Color and movies like Booty Call, but he proved all the doubters wrong and even won an Academy Award for Best Actor, forever changing his career. The movie wisely focuses on Charles’ childhood through the 1960s, and it doesn’t shy away the more lurid aspects of his life, especially his drug use and fraught relationships with women. Many rock biopics aspire to create a movie like Ray, but few pull it off.

Walk the Line is the rare rock biopic that was beloved by critics and earned a fortune at the box office. Director/co-writer James Mangold wisely focused the movie on the romance between Johnny Cash and June Carter, and Joaquin Phoenix was absolutely perfect as the Man in Black. The film starts backstage at Folsom State Prison, before flashing back to Cash’s difficult childhood in Arkansas, his unhappy first marriage and his long battle with prescription pills. Phoenix won an Academy Award for Best Actor, and Reese Witherspoon won Best Actress for her portrayal of June Carter Cash.

Oliver Stone’s 1991 Doors biopic was so polarising that even the three surviving members of the band didn’t agree about it. Robby Krieger and Ray Manzarek tore it to shreds as ridiculous and wildly historically inaccurate, while John Densmore — who served as a consultant on the film — was far less critical and said he enjoyed parts of it. Still, little of this mattered to the hordes of young people that first learned about the myth of the Doors through this movie. It kicked off yet another revival for the band, with sales of their albums and merchandise spiking wildly in the months after the film hit theaters. And even the harshest critics were forced to admit that Val Kilmer did a pretty amazing job as Jim Morrison, even nailing his vocal style. Also, did anyone really expect Oliver Stone to stick strictly to the facts? What fun would that have been?