In a hotel room in Sydney Annie “St. Vincent” Clark takes Rolling Stone Australia through some of the trials and tribulations of her new album, Masseduction; due October 13th.

You’ve speculated in the past that the rise of Trump would lead to an era of high stakes art, so I was surprised that Masseduction was such a strongly melodic, song-based record.
Yeah. I’ve spent so much time on the songs. I started writing in earnest probably in the fall of 2015 after I got off the road, but I didn’t start working with Jack [Antonoff, producer/co-writer, frontman of fun.] actually until November of 2016. So we really, the ideas and the themes just really started to crystallise once I was in the room with him.

What made you want to work with him?
He’s truly one of the special ones. He’s super kind and supportive and totally uncynical and just a joy to be around, honestly. I mean obviously and so, so, so, so, so talented and has great ideas. But he’s just, I think legitimately brings out the best in people. Not just musically but also kind of personally, just by being around his enthusiasm. His sense of what’s possible is just really contagious. All of the great things were possible because we were gonna make them together.

And yet lyrically it’s often such a bleak record. Songs like “New York”, “Hang On Me” and especially “Smoking Section” are downright despairing.
Oh, you can have a wonderful time making bleak music. [laughs] I had the best time making my saddest record. 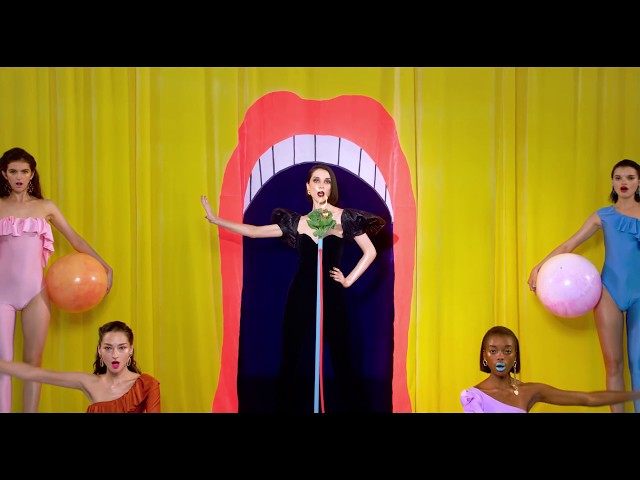 Does that not work at cross purposes when you’re going “wow, this is a bangin’ beat for this song about how all my friends are vanishing”?
Those are the currents of life, though. You know, not everything is painting the canvas black. I also tried to put as much dark humour as I could into the record as well. “Smoking Section” was the first song I wrote for the album.

When you were writing it, did you know it was for the album?
I mean, you sort of assume that all songs you write are gonna be for the album. I mean that’s the best case scenario is that they get good enough to make the album.

Do you write songs in batches with a goal in place, or do you just write and write and when you accumulate enough go “ah, I can see a theme here, this is the album”?
I’m pretty goal oriented. I mean, I’m pretty like, I’m more, way more now kind of able to ride the wave a little bit more, but I’m pretty like, “okay, let’s get in there and write.” But it was really nice to work with Jack and feel like together we were kind of pushing the boulder up the mountain and we wouldn’t stop until we got to the top with all the songs.

So were the songs not completely set in concrete by the time that you started work?
No, a lot of songs were done but just needed to find themselves, sonically and production-wise. And a number of songs that took me and Jack in the same room, bouncing ideas back and forth to again, find their best place.

For example?
“Sugarboy” was like an organ harvest of various ideas and lyrics that they’re sort of more or less like floating and you go, okay, you more or less take best part of six songs and go, here’s the super cut. This is airtight. You know, just the greatest hits, all in one song.

The song “Masseduction” seems like the album’s mission statement, in that it references almost everything that comes up in the rest of the album.
Yes, it does. And it references characters too. Thankfully, it was written pretty much last, so I could kind of sum it up. It was my closing thesis.

Of course, being an Australian music writer, I got really excited at the reference to The Boatman’s Call. “Oh good, Nick Cave’s finally getting some recognition!”
Yeah, he was. He was getting a shout out. He was getting a shout out in such a bombastic, funny song. What is that line? Not the line about virgins coming on rugs – that’s a classy one. I really classed it up this time – no, it’s “smiling nihilist met angry glass half full / drinking manic panic singing Boatman’s Call.” [smiles] Yeah, that was a fun song to write words to.

“Pills” almost sounds like a short film, complete with an abrupt genre change from perky day-glo animation into smoky film noir…
Oh, I like that. Thank you. 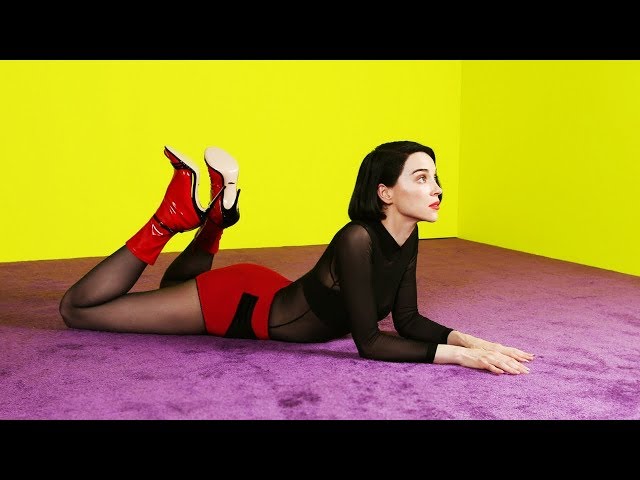 I know you’re working in film a a lot lately, so does your visual work influence your musical work and vice versa?
Yeah, working at different mediums at the same time is so helpful because there’s this real cross-pollination of ideas and a lot of times, the themes that you’re concerning yourself with at a certain period of time are essentially about the same kinds of things. And frankly, it’s the best way to work. If I can switch between working on songs to working on putting live shows together, which is its own very ornate thing, to making movies and writing and doing that, I’ll be happy.

Neil Gaiman’s said that the beauty of working in so many different mediums – he does films, he does comics, he does novels and so on – has meant that he has scope for almost every idea he’s had. He hasn’t had to say “oh, this would work best as a TV show – but I do comics so I have to cram it into this format…”
Yeah, you don’t have to shoehorn it into a format. I hadn’t thought of it like that but that’s exactly the thing. You have all these kind of bits that you’re mulling over and you’ve got all these different places to put them. I mean that is truly, truly living the dream. Really.