Sharon Jones, the fiery soul singer who spent decades in obscurity before becoming a Grammy-nominated soul and funk vocalist with her longtime backing band the Dap-Kings, died on Friday of pancreatic cancer. She was 60.

“We are deeply saddened to announce that Sharon Jones has passed away after a heroic battle against pancreatic cancer,” the singer’s rep wrote in a statement. “She was surrounded by her loved ones, including the Dap-Kings.”

Doctors diagnosed Jones with stage two pancreatic cancer in 2013 and removed the singer’s gallbladder, the head of her pancreas and 18 inches of her small intestine. She went into remission nine months later, but announced that the cancer had returned at the premiere of Miss Sharon Jones!, a documentary detailing Jones’ life and career. The cancer would be elevated to stage four, with tumors spreading to her lung, liver and lymph nodes.

Jones recorded six albums with the Dap-Kings, but it was her exhilarating live shows, which functioned as equal parts Baptist church revival, Saturday night juke joint and raucous 1970s Las Vegas revue, that showcased the singer’s unparalleled energy. In venues filled with people half her age, Jones was the most dynamic person in the room, bolting onstage and commanding the crowd like her idol James Brown. It was homage without mimicry; respecting the soul and funk elders that defined the genres while displaying seemingly boundless vitality. Jones’ power was the ability to straddle the line between thankful humility, born out of late-in-life success, and boastful performer.

“I’m not trying to ride anybody’s coattails,” the singer said in 2008. “I’m just doing my thing and people are coming to us.”

Sharon Lafaye Jones was born May 4th, 1956 in Augusta, GA. The youngest of six kids, she discovered her love for the stage as a child. Her mother moved the family from Augusta to Brooklyn to escape her abusive husband, and it was there that Jones began singing in church with her sister Willa.

Jones started numerous funk groups in the 1970s, earning extra money by performing in wedding bands and singing gospel music. But for decades, she had trouble breaking in to the industry.

“I wasn’t what they was looking for,” she told Rolling Stone earlier this year. “They just looked at me and they didn’t like what they saw: a short, black woman.” As documented in Miss Sharon Jones!, a record producer told the singer in the 1990s that she was “too fat, too black, too short and too old.” “I looked at myself and saw ugliness,” she said in the film.

She retreated from music for a few years, taking various jobs that included armoured car guard for Wells Fargo and two years as a corrections officer at Rikers Island prison. The latter job was a harbinger of her onstage persona: Commanding, fierce and demanding respect.

In 1996, Gabriel Roth, current Dap-Kings bandleader and head of now-defunct funk label Desco Records, worked with Jones’ then-fiancé and needed a back-up singer for a few tracks. Jones would record numerous songs as a back-up singer for the label and release “Damn It’s Hot,” her first song as a frontwoman at the age of 40. 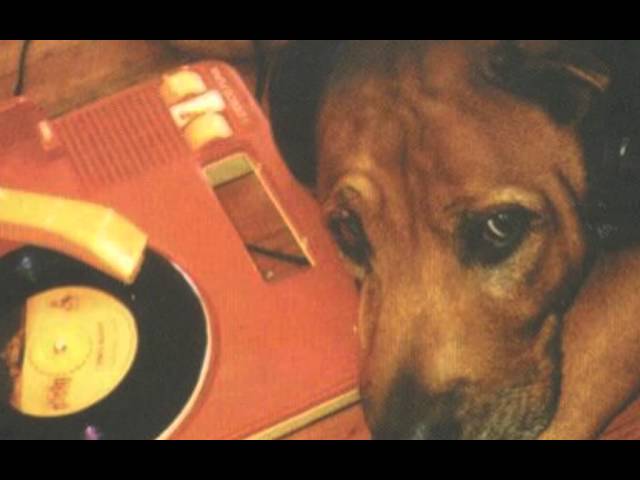 After the dissolution of Desco, Roth, alongside saxophonist Neal Sugarman, recruited Jones and the Dap-Kings to record their 2002 debut album Dap Dippin’ With Sharon Jones and the Dap-Kings on what would become Daptone Records. They recorded in a Williamsburg basement, selling copies out of Sugarman’s kitchen in Brooklyn. (Jones would help Roth build the label’s permanent studio-cum-headquarters in 2002, handling the electrical wiring herself.)

In 2012, the group began recording their sixth album, Give the People What They Want, which would earn Jones her first Grammy nomination for Best R&B Album. The next year, she entered a hospital in Augusta, Georgia with yellow eyes, severe itching and rapid weight loss. The cancer diagnosis was swift and unimaginable. “I just started crying,” Jones told Rolling Stone. “All kinds of thoughts went through my head because I figured that I was going to die.”

Jones continued to perform when possible, using the stage as therapy. “When I walk out [onstage], whatever pain is gone,” Jones said. “You forget about everything. There is no cancer. There is no sickness. You’re just floating, looking in their faces and hearing them scream. That’s all that is to me.”

With Give the People What They Want, Jones continued to grow her fanbase while trying to earn greater recognition within the industry. “The only thing I wanted to accomplish was to finally get recognised by the music industry.,” she told Rolling Stonein 2014. “If you know the awards, answer me this question: Do you see an award for soul music? No … You don’t have enough soul artists, so they put pop music under R&B and funk. When people ask what music I sing, I say soul, R&B and funk. And at the awards, we aren’t recognised. Why? Because we’re an independent label. We’ve been going on here for 19 years and these people don’t even know.”

The group’s last album, the holiday compilation It’s a Holiday Soul Party, was released in 2015. Speaking to Rolling Stone earlier this year, Jones expressed interest in recording a gospel album with the Dap-Kings, repeating her mantra, “I have cancer; cancer don’t have me.”

Jones’ rep wrote in a statement that donations may be made to The Lustgarten Foundation, James Brown Family Foundation and Little Kids Rock.

“She opened up her life to me in the most intimate, life-and-death situation. She was always open. She’s not homogenised for a moment. What you see is what you get,” Miss Sharon Jones! director Barbara Kopple told Rolling Stone earlier this year. “There wasn’t a minute where she thought she wasn’t going to get better. She was striving because she wanted to be on the stage even when sometimes the news wasn’t that good.” 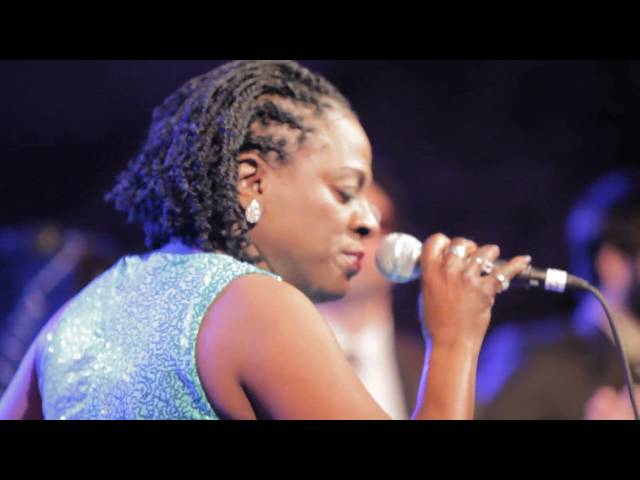 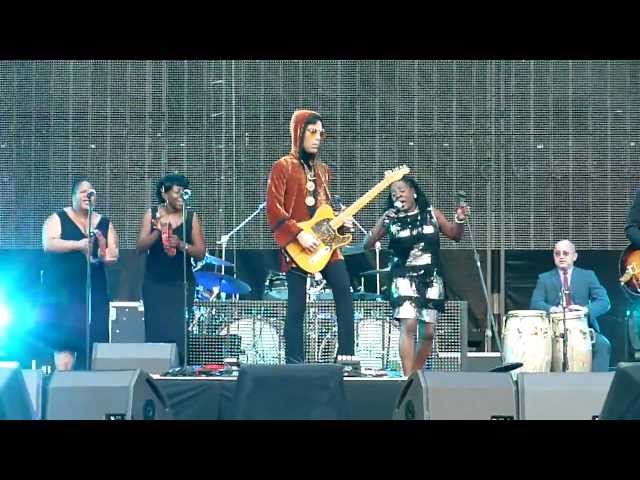