June 5th, 2015: it’s release day for Melbourne rapper Seth Sentry‘s second album, Strange New Past, and the laidback MC is in a buoyant mood – partly due, he says, to internet avoidance. “I’m trying to read books now — my instinct is to get on my Facebook page and click refresh and Google my own fuckin’ name for hours,” he laughs. We caught up with Sentry on the eve of an expansive 48-date Australian tour.

It’s been three years since your debut, ‘This Was Tomorrow’. What’s been the biggest change since then?
I turned 30 – that was really hard for some reason. Up until that point I was still working in hospitality and I went from being a part-time rapper and full-time waiter to the opposite. I dunno, it just rattled me.

New track “Dumb” is quite self-deprecating. Do you genuinely feel that stupid?
It depends who you’re around! That song came about when I was watching Are You Smarter Than a 5th Grader?, and this little punk kid got everything right, and I didn’t know any of them. Fuck you, kid! [Laughs]

“Violin” is about your difficult relationship with your father. Was it a hard song to write?
That’s without a doubt the toughest song I’ve ever written. It was hard because I wanted to write what I wanted to say to him, but I had to think about what repercussions it might have among my family. I haven’t listened to it since I finished it. I don’t see my Dad, but I hope he hears it. 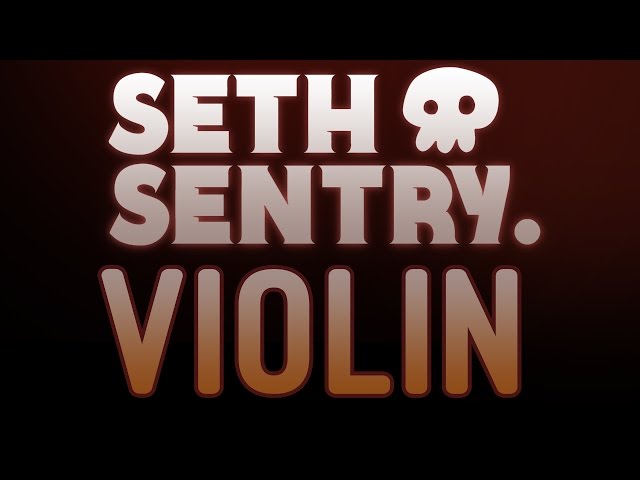 Your 2012 breakout song “Dear Science” had you questioning where your hoverboard was. Are you still getting asked about hoverboards?
You get high and write a dumb song and don’t even think about it, and then it becomes “I have to talk about this in every single interview for the rest of my life!” There’s a wanking story on this new album. That’s how over it I am – I’d rather talk about wanking than hoverboards!

How does it feel to finally have your second album out?
It’s so nice to have it out there and the reaction so far has been really positive. Getting feedback off fans has been awesome. You can read all the positive stuff you want and it takes only one bad thing [to make you feel bad]. It’s just crippling. I think the trick is to not buy into any of it and you’re probably somewhere in between your best review and your worst review.

On new track “Sorry” you rap about calling people ‘bro’ when you forget their name. Is that a common occurrence for you?
Yeah, it is. I smoked too much weed in my formative years, the developmental stage. And it’s not just names, it’s faces — people are like “Hey man!” and I give them a blank stare. It’s just my life – it’s like that Guy Pearce movie Memento. The trick is you just be nice to everybody and smile a lot, and the convenience is you can just call people ‘bro’. It’s everyone’s name.

You apologise for a lot of stuff on “Sorry”. Was that a cathartic experience?
I went on this trek through Europe by myself just to clear my head in the early stages of writing the new album. I was cruising through Italy and when you’re by yourself your mind starts to wander, and I was just thinking about all this shit I’d done and I had the idea to sum it up in one long apology. That song is only three verses on the album but I reckon I could’ve gone for 20 minutes! Easy. I could make an album out of it — there are so many lyrics for that that got cut. I should’ve apologised for that. It felt really good to go through it and get everything off my chest. I think a lot of this album was just me getting shit off my chest, which feels good. But it’s a fine line, you don’t want to seem to self-absorbed, self-obsessed. You’ve gotta give the listener something, it’s not a fuckin’ therapy session!

How has the transition been going from working in hospitality to being a rapper?
When I was waiting I was writing a lot because I was angry all the time; I truly hated it. But it was a real source of inspiration for me for some reason. I was really cynical and jaded, and that makes for some good ammunition for writing. Then once I quit and was doing what I’d always wanted to do, I didn’t know what to write about anymore. I think that’s why this album turned out more introspective.

In 2013 you got to perform on Jimmy Kimmel Live! in the US. How was that experience?
It was nerve-wracking coming into it, but the hardest part about that was not being able to swear – my songs are riddled with swear words. That was hard. When they were going through the lyrics, because they had to approve them, they said “We’ve just got one question – what is ‘pissweak’? Is that like a really bad week?” [Laughs]

So the writing on Strange New Past is a lot different to last LP This Was Tomorrow?
I didn’t really overthink any of the topics on this one. I used to pick a topic and then scrutinise it from every angle to the nth degree, and that was the song. That was my style. But on the this one I just heard the beat and it’d give me a feeling and I’d start writing. I aways redraft things and do like 10 different drafts of the lyrics every time. Lyrics to me are the most important aspect. I like people to be able to discover things within the lyrics and have little twists and turns, hide a few Easter eggs in there.

How long did you spend working on Strange New Past?
We were in the studio working for around 18 months, and I was probably writing for another six months before that. So all up about two years. My first one took four years, so this felt really quick!

Do you enjoy performing your material live?
I do, but now I’ve gotta figure out how to perform some of these new songs! It’s always so different to the album version and becomes its own thing. I love performing live. It’s so different to the writing process. The writing process is so introverted, especially with this album, and the performance side is so extroverted. It’s a cool little duality, I really enjoy it. It still spins me out seeing people rap lyrics that are really personal to you, something you wrote in your lounge room or whatever. Seeing people rap it back at you in the front row of a show is surreal.

Are you someone who loves or despises being on the road?
When I was growing up we were pretty poor so we never stayed in one house for very long – we’d be somewhere for six months, a year tops. So I don’t really have one childhood home — it’s 30 different homes. So having my own place now gives me stability and I need that and I love that, so I don’t like leaving for long periods of time. Sleeping in a different bed for the next three months will be tough. But before this I was waiting tables, so it’s still pretty cool.