Schoolboy Q has a fraught relationship with his fame. “I thought rap was just, you make this album, you do the shows here and there, and then that’s it,” he tells Rolling Stone. “But it’s a lot of press, it’s a lot of shows, it’s a lot of pressure. When you go out, you gotta have a security guard. You gotta take 1,000 pictures before you even enter the place that you’re trying to enjoy yourself at.” After the success of 2014’s Oxymoron – which debuted at Number One — Q was thrown into the celebrity hamster race, and he didn’t like it. “My mind was set on leaving rap,” he says.

None of this frustration was initially in evidence on a recent Wednesday in Midtown Manhattan, where the rapper hosted a cheerfully truculent listening session for a new album. “If y’all don’t want to hear it, take your ass outside,” he announced before playing snippets of his second LP, Blank Face. Also seated on a small stage was Hot 97 radio host Peter Rosenberg, who prodded Q for information about his album in between songs. The rapper swigged from a plastic bottle, smoked weed and offered a few amusing answers: “I don’t even know what I’m saying on that song.” “Whateva U Want” and “Big Body” got him dancing; at one point, he removed Rosenberg’s bright red baseball hat to pat his bald head.

But a hint of angst peeked as the night was winding down. After Q played “Overtime,” a collaboration with a pair of R&B singers – Miguel and Justine Skye – that appears near the end of Blank Face, he appeared to disavow the track as commercial fodder. “You always got that song you gotta give up for the label,” he noted. “Sometimes the label knows what they’re talking about.” He likened “Overtime” to “Studio,” a Top 40 hit from his last album the featured a honeyed chorus from BJ the Chicago Kid.

Speaking on the phone the next day, Q returns to his statement and recants. “I said something at the listening party and people got it all wrong,” he asserts. “A label can’t make me put nothing on the album. I said the Miguel record that I got is like ‘Studio;’ I didn’t actually mean it in that way. I said the label forced me to put it on; I didn’t mean it that way.”

Despite the tension around “Studio,” Oxymoron‘s commercial prospects were buoyed by its inclusion. Though Q is wary of the comparison, a similar thing appears to have occurred with “Overtime.” “They let me do a whole album how I wanted top to bottom; they just asked for one song,” Q says. “It’s a dope song — I wrote the song, I just thought it didn’t fit my album. But like I said, I also didn’t want ‘Studio’ on my album. I also didn’t want ‘Man Of The Year’ to be one of my singles. Both of ’em went Platinum.” He concludes on a note of uncertainty: “I don’t know every fucking thing.” 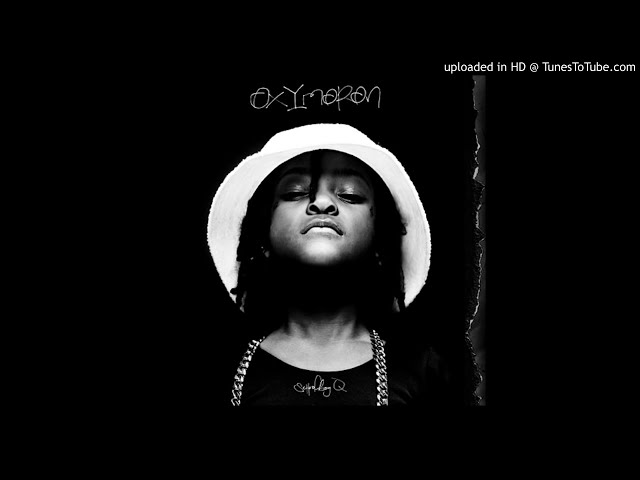 “Studio” was the most monochromatic song on Oxymoron and the most radio-friendly, a concession to programmers on an album that otherwise seemed unflinching in its depiction of urban poverty, depression and drug-dealing. Though that R&B collaboration was the obvious hit, other singles were more alluring and more unusual. “Collard Greens,” with its playful, tottering bassline, still sounds like a rap outlier three years after it came out, while “Hell of a Night” incorporated the fizzy energy of big-tent electronic music.

Q’s efforts to promote Oxymoron helped it earn a Platinum certification. But the cost was high. “I miss so much of my daughter’s life,” he explains. “It seems like I’m putting my music and my fans before my family, and that’s not cool.”

So instead of moving quickly to capitalise on a new level of success, Q thought about quitting music. “I didn’t tell nobody,” he says. “No label was rushing me or nothing like that; they pretty much let me do what I want to do when I want to do it. I was just never gonna give ’em an album.” After close to a year, he worked out a compromise that would allow him to pursue the rapping he loved while also spending more time with his daughter Joy. “I decided to put a studio in the house. That way I don’t have to leave. I cut back on a lot of press, cut back on a lot of shows.”

But Q still regrets the family time he lost. “My daughter lives with me, so me being not able to raise her is weird,” he laments. “Every time I come back from tour, she’s doing different things. She’s learning how to spell shit that she couldn’t spell. I missed her pre-school graduation, her kindergarten graduation. I missed taking my daughter to school for the first time. The first day of school — I love that type of shit. I made money; at this point, it’s not about money. It’s more so about me being happy and doing what I want to do, fulfilling my daughter’s dreams and helping her get to a certain point in life.”

When he began recording again last summer after spending time away, a lot of Q’s frustrations bubbled up in the studio. He describes the results of his initial sessions as “depressed rap.” “I switched the whole album up as I got into myself and I got comfortable again,” he adds. “I told myself, stop crying like a little bitch and do what you love to do.”

Fans won’t get a taste of the “depressed rap.” “None of that shit made the album,” Q asserts. “It was like a confession thing. I didn’t want people to hear me like that; that depression doesn’t last. A few months, and then it was over. Y’all are never hearing them records.”

That’s not to say that Blank Face is a carefree project. “All my music is pretty much dark,” Q suggests. “This is the first time I’ve even put colour into the album cover.”

As he gears up for the release of Blank Face, he still sometimes speaks as if he’s convincing himself that his rap career is the right course to take. “The pressure of it was getting to me,” he acknowledges, before giving himself a pep talk: “I signed up for this shit. I can’t be crying like a little bitch. Just get over it … do what you gotta do.”

Schoolboy Q has also announced an Australian tour for later in the year. Tickets for all headline shows on sale Tuesday, July 19.