When vocalist Anthony Green (pictured, top left) left Californian emo rockers Saosin in 2004, not long after they’d released their highly regarded debut EP, Translating The Name, the net buzzed with rumours of ill-feeling between the singer and his former bandmates. While Green went on to form prog rockers Circa Survive – which he still fronts – Saosin recruited vocalist Cove Reber and released two albums, 2006’s self-titled debut and 2009’s In Search Of Solid Ground. When Reber was fired in 2010, the door opened for Green’s return – a move that took four years to come to fruition. But on May 16th, 2014, Green stepped onstage with Saosin for the first time in a decade, and this month releases his first full-length album with the band, Along the Shadow. Shortly before hitting the road as part of the Taste Of Chaos tour in the States, Green called in to talk about his return to the band and their new album.

There must’ve been points where you never thought you’d be in this position again with Saosin…
Yeah. We started talking about doing something like this four or five years ago. But it wasn’t something that I saw on the horizon for a long time. We got together and played a couple of shows just for fun, just to play the songs again. Then we decided that it would be more fun to just keep going. And just to enjoy making the music together. Everybody in the band has their other day jobs, I have a hundred other things going on at once. So it’s like this is just something that everybody’s doing because it’s fun.

What kind of discussions were you having over that four or five year period?
Fairly soon after I left, Chris [Sorenson, bass] and I continued to talk. I really didn’t talk to anybody else besides Chris for a really long time. We remained really close. And then, you know, once Chris and I discussed possibly making music together he talked to Beau [Burchell, guitar] about it, and Beau was really excited. Knowing that Beau was open to talking to me, knowing where he stood about it, was a relief. We sort of just picked up where we left off. We kinda put all the baggage from the past in the past and we just had fun making music together, and learning how to make music together.

There had been a lot of talk over the years about ill feeling between yourself and the rest of the band. Was that all blown out of proportion?
Yeah, it was blown totally out of proportion. I did an interview for Alternative Press Magazine when I got drunk and said a bunch of stupid shit, and that really was where a lot of it came from. I didn’t have anything against those guys. At the time I didn’t feel very close to them, and I think I was going through an identity crisis. And it wasn’t their fault that I left, it was more me being crazy, just needing to be near my family. And when you’re young you don’t really know how to communicate those types of feelings and ideas, so I didn’t.

Were you surprised at how much people still cared about you being in this band?
I’m surprised that people care about me doing anything. I’m shocked about how well the new songs have been received. It’s really cool to be in a band that people are talking about for a minute. It’s really cool to be back playing with those guys. I’m super proud of the record. It’s one of my favourite things that I’ve ever been a part of creating, I’m so proud to be on it. It makes me really happy. 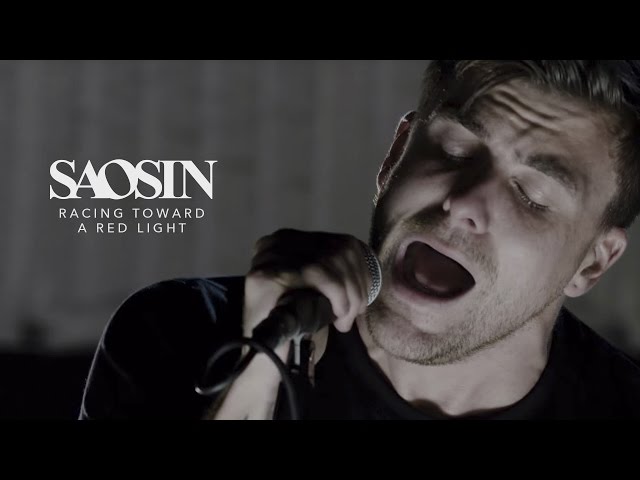 You’ve said that lyrically half the album is about reconciling things that were going on in your life. What were you referring to then?
I think that there was… all that blown out of proportion stuff about me leaving the band, I just naturally started dealing with it through writing, like the poetry that became the lyrics for the record. I think I was… lamenting on the idea of an identity crisis and just kind of using the reunion as a way to look back on what I was doing and how I’ve changed, and whether or not there are things that I still think that I’m carrying with me from back then that I need to let go of. It really made for an incredible muse for the record. I feel like the theme of that is all over it.

You’ve talked about kicking your heroin addiction which, I believe, coincided with your return to the band. Is that something you also reflect on?
That’s definitely not intentional, it’s something that happens when I write, but it’s not overt. I feel it’s just because it’s a part of my life. There’s no overt soap box preaching about being sober on there. If anything there’s more suggestive stuff about what it was like being dependent, the whole idea of dependency. You’re still an addict, you’re still doing things like an addict. I think it comes into the lyrical content.

What kind of balancing act do you have to walk at the moment? Because obviously you’ve got Circa Survive, you’ve got your solo career, and then Saosin’s doing a lot of shows.
I was straight up with [the guys in Circa Survive] about this as soon as I knew it was something I wanted to conceive and try to put together. They were a part of it from the very beginning, very supportive from the very beginning. We’re probably gonna go back into the studio and start writing in November, December next year. It’s all time management. I think that Circa is very secure in what Circa is. We’ve gone through so much weird shit as a band and we always are building, it’s just been this incredible journey. I don’t think Circa would ever be worried about me doing Saosin or doing solo stuff or anything you know, because they know that Circa’s like the most important thing to me.

When you weren’t in Saosin, did you keep an eye on what they were doing? Did you listen to the albums?
Oh yeah! Dude, I was a huge fan. When that first record came out, that self-titled record, I was floored. I couldn’t believe how good it sounded, I couldn’t believe how good the songs were. I was jealous. I was legitimately jealous. I reconciled it with, Circa was doing well and they were doing really well, I was just happy. Everybody was in a good place. They really made some great music when I wasn’t in the band.