A blazing-yellow Bentley. Face tattoos. Booming bass lines in a parking garage. The burnt-out husk of a bullet-riddled car. As the rapper, who would look comfortably at home on a Tekashi 69 set, spits bars about Cartier and riches from behind the wheel, a woman and her son are held at gunpoint. Suddenly, blood spatters the car’s glossy yellow contour as the victims are dispatched offscreen.

This might look like just another hip-hop video. In fact, the surprise release of “12,” from Russian rapper Morgenshtern, is revolutionary.

As the song wraps, a woman’s voice rises above the fray, an angry mob surrounding the rapper, hands banging on the Bentley.

“My dear son, well yes, here, right here, in the morning the roof was almost blown away,” she says with a calm urgency. “Right now we are sitting in the cellar, we have prepared a bomb shelter.”

It’s the voice of a Ukrainian woman, the mother of rap producer and longtime Morgenshtern collaborator Palagin, who endured Russian strikes in Odesa. Putin’s media clampdown means she will not be heard on Russian airwaves any time soon — she may be the Ukrainian voice most widely encountered by Morgenshtern’s millions of die-hard Russian fans on YouTube.

“12,” named in honor of the rapper’s younger brother’s birthday, is the first serious missive from a normally apolitical Russian rapper against the war. For the Dubai-based Morgenshtern, who was Spotify’s top artist in Russia in 2021, it is a serious broadside in what has been a slow but steady increasing frustration with the Kremlin. It could suggest that others may soon follow suit, and a handful of luminaries have already begun.

“The big bosses will send [you] to the slaughterhouse,” Morgenshtern raps, in a likely nod to the already high casualty rates Russian forces are suffering in Ukraine. “Bosses never gave a fuck.”

Born Alisher Tagirovich Valeyev to a Russian-Bashkir family in the southern city of Ufa, Morgenshtern is no stranger to controversy. In a summer 2021 YouTube interview with former presidential candidate Ksenia Sobchak, the rapper flippantly questioned the large role that Victory Day parades celebrating the end of World War II play in Russian society. Despite cautious walk backs and efforts to mend relations with veterans, the state announced an investigation against him for allegedly using his popular Instagram to traffic drugs. Reading the room, the rapper bounced to Dubai, where he released his blistering single “Why?” as a defense of his colorful lifestyle choices and a knock against the Russian rap scene.

Morgenshtern’s conversion to full-throated government critic, however, is a departure from the more restrained frustration of “Why?”

“Everything in Russia is locked up,” he raps coyly. “I flew away as soon as I bought a house.”

A handful of other prominent Russian rappers have been slowly but steadily voicing their opposition to the war. It’s a change for a scene that has often walked a delicate balancing act between being critical of the government and retaining the ability to perform publicly.

Some, like Oxxxymiron, are established opponents to Putin’s government. Known for narrative-driven and socially conscious tracks like “Who killed Mark?” Oxxxymiron has opposed the war since its beginning, canceling Russian shows in protest. The dissident rapper hosted a concert in Istanbul on Tuesday, one of first of several planned Russians Against War shows, with the goal of raising money for Ukrainian refugees.

With Morgenshtern and Oxxxymiron openly on allied sides for the first time, the historic wall between Russia’s more subversive, government-critical music scene and the country’s more popular Top 40 apolitical mainstream may be eroding. No longer is open critique limited to outsider artists like IC3PEAK, whose controversial 2020 single “Boo Hoo” might have nearly landed the experimental duo in jail.

With protest songs unable to gain airtime, artists must stick to social media. Much of the scene has quickly moved from Instagram, which Russia recently banned, to Telegram. Although officially also restricted in Russia, the platform is rapidly becoming the digital shelter for Russian rappers. 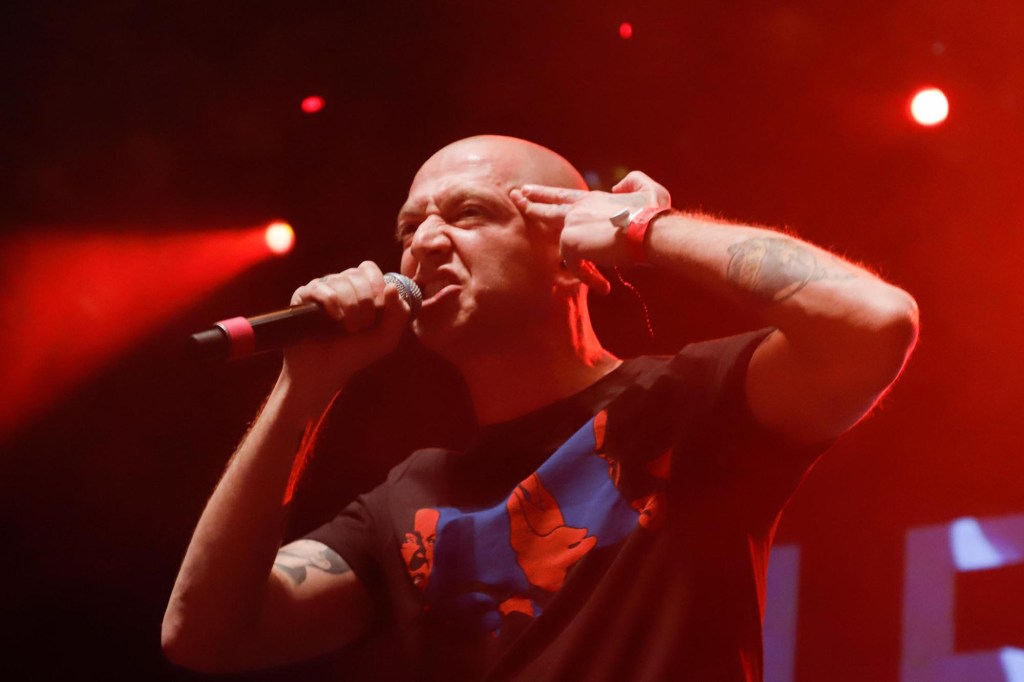 As Morgenshtern noted in a prerelease hype post for “12,” international sanctions and draconian Russian-government restrictions have sent artists adrift. “It won’t be on platforms,” he posted to nearly 8 million Instagram followers. “For the first time in my life I don’t give a fuck about streaming.”

Support for “12” on Instagram from rappers like Soda Luv and OG Buda suggests that Morgenshtern is not alone in his views among the apolitical mainstream. Still, not every rapper necessarily agrees with Morgenshtern’s brazenness. Many prominent Russian rappers have instead remained quiet. In the case of the popular Boulevard Depo, the performer stressed on Instagram that his music would remain apolitical.

“My music will be released just as before. And just as before, it will not be of any special social or political character,” Boulevard Depo wrote. “Music, whatever it may be, should be music, and not an instrument for anyone’s propaganda.”

More firmly aligned in Morgenshtern’s camp is the young Siberian rapper-producer Slava Marlow, whose production trademark “Slava, what did you do?” sample prefaces several of Morgenshtern’s top hits. Known most for his sonically boisterous hits that dwell on themes like alcohol abuse and love, which feature prominently in 2020’s ode to relapse, “I’m Drinking Again,” the 22-year-old rapper shared footage on his Instagram story of the March 1 Russian strike on Kharkiv’s Freedom Square that killed at least 10 people.

Marlow briefly deactivated his profile thereafter, only to return last week with a link to his Telegram and a black profile picture intended as protest. A trendsetter by virtue of his audio-engineering chops that mirror 2003-Kanye levels in Russia’s hip-hop scene, Marlow’s flirting with opposition could open doors for smaller acts to follow.

Perhaps also telling of the direction Russian rap culture is headed is the recent second life of opposition-adjacent rapper Face’s 2019 “Humorist” music video. Filmed as part of the soundtrack for the eponymous 2019 film, the video and its corresponding movie follow the life of a young comedian testing political norms in the 1980s Soviet Union.

While the socially media-shy SoundCloud turned gangster rapper (“You’re such a pussy, you’re filming TikTok,” he riffs in the freewheeling “My Kalashnikov”) has yet to issue anything public, the darkly comic “Humorist” video now appears to commentators as prophetic, resonating especially well with viewers following the Russian invasion of Ukraine.“Well, what can I say, the tracks of Face more and more correspond to the situation,” reads a top comment. Another echoes the sentiment: “Someday his lyrics will just be added to the history in order to briefly describe everything that happens.”

Face is believed to have left Russia sometime in early 2022, according to a family member. It is a fate that other rappers may pursue, as some, like Eldzhey, appear to be spending more time in Dubai, and the lines between what can be apolitical and mainstream and what is opposition start to become blurry.

“You made a wrong joke,” Face delivers in the song’s jangling chorus. “And you wound up on the blacklist.”