Rivers Cuomo has gone quiet. After eight months of work at the Village, a Santa Monica studio, Weezer have reached the last day of recording for their first album in four years. They could use a comeback: Their two previous LPs, 2009’s Raditude and 2010’s Hurley, were perhaps the least-loved records of their 20-year career. As the deadline approaches, Cuomo seems lost in thought, his face mostly expressionless as he plays the same guitar parts dozens of times in a row.

At one point, he takes over a basic task from an engineer. (“How do you loop?” he asks. “Command-L?”) Every time there’s a break in the action, Cuomo slips off to a small studio lounge, where he consults a Google doc with a hyperspecific outline of everything left to do on this album. Each song has a number, with a long list of lettered tasks under it: Redo this solo, blend that intro better, and on and on.

The rest of Weezer is used to Cuomo’s way of working, but you can hear a hint of exasperation creeping into his bandmates’ voices as the day grinds on. A few minutes ago, deciding that he needed a choir, the 44-year-old frontman put out a call to his 2,500 Facebook friends: “Any women want to sing with Weezer?” Cuomo points to a phone number that bassist Scott Shriner has jotted on a napkin: “Who’s that?”

“Someone who’s not coming,” Shriner says, a little curtly.

“Probably because we didn’t give them any notice,” Shriner adds.

Half an hour later, a makeshift choir has materialized in the wood-paneled room where Steely Dan made Aja. There’s Shriner and guitarist Brian Bell; Cuomo’s wife of eight years, Kyoko; a receptionist from the front desk; two actors who starred as Romeo and Juliet in a local theater production that Cuomo enjoyed; and a couple of vague Facebook acquaintances. Over and over, the group sings a ragged refrain: “Everything will be all right/In the e-e-end. . . .“

Producer Ric Ocasek, who’s been quietly doodling in a little black notebook all afternoon, shoots me a wry grin. “I saw the Mormon Tabernacle Choir once,” he observes. “It was wonderful.”

Cuomo returns to his laptop and the Google doc. After a while, he notices me and looks up. “I get anxious and clingy as we get close to the finish line,” he says a little sheepishly. “I put so much of the deepest part of my soul into this album that it feels like I’m really on the line.”

In the studio lobby, I find Ocasek sitting cross-legged on the floor. “Rivers is a brilliant artist, but he’s pretty eccentric,” he says wearily. “The word for it today would probably be ‘OCD.'”

The day before the choir session, Cuomo is hanging out in the studio’s upstairs auditorium, wearing jeans and a T-shirt with a portrait of Shakespeare and the caption WILL POWER. He’s not as tense today, but even the most basic questions can lead to awkward pauses and painfully slow, measured answers. “I’m often troubled by a very strong instinct to share everything that’s going on with me,” he says. “I want to feel that connection, even with people I don’t know. Then this other voice says, ‘That’s not prudent. People will use what you’ve said to hurt you.'”

Weezer have been a notoriously stressed-out band dating back to the making of their multiplatinum 1994 debut, the Blue Album – also produced by Ocasek, best known at the time as the Cars’ frontman. He remembers a clash between Cuomo and the band’s old guitarist: “After it was completely recorded,” says Ocasek, “Rivers came in and said, ‘I’m firing the guitar player, and I’m going to do all his guitar parts over.’ I said, ‘You can’t do that!’ But he did. In one take.” 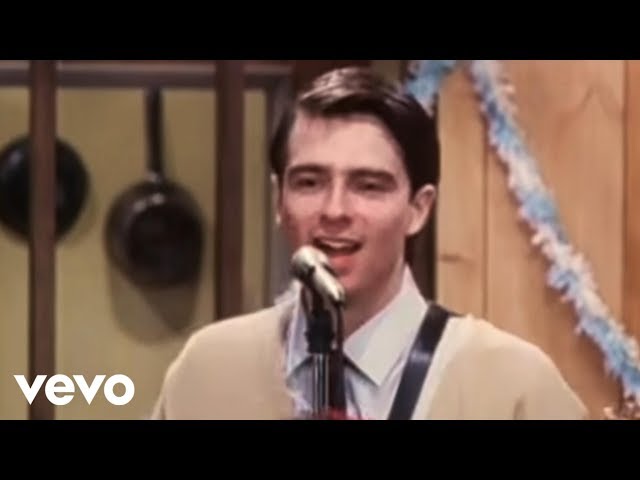 The Blue Album announced Weezer as a fun, nerdy alternative to the ultraserious grunge acts flooding the nation. (“We didn’t think we were nerds,” Cuomo tells me, not quite convincingly. “All the cool people in L.A. wore glasses.”) In 1995, he famously put Weezer on hold for a year so he could enroll at Harvard (he graduated more than a decade later). The band’s next move, 1996’s self-produced Pinkerton – recognized today as a landmark of neurotic-dude punk pop – was seen as a disaster at the time. When Weezer regrouped for 2001’s Green Album, they brought back Ocasek. It worked: The LP went platinum.

Now, 13 years and six albums later, they have called on the producer for a third time. I ask Cuomo if it’s fair to say that he turns to Ocasek in times of crisis. “I guess that means we’ve had at least three major crises,” he says. “Sounds about right. Well, that’s not to say there weren’t other crises which Ric wasn’t involved in.”

One of Weezer’s lowest points came five years ago, in an era of steadily declining sales. “It was easy for a rock band to get depressed,” Cuomo says. “We were at a label where the president, every time we’d go for a meeting, would say, ‘Rock is dead.'” He declines to name the vibe-harshing suit in question, but he’s presumably talking about former Interscope chief Jimmy Iovine. “They had no interest in even putting out our records,” Cuomo says. “And who can blame them? The sun was setting.”

Raditude featured superslick producers like Dr. Luke and a zonked verse from Lil Wayne – unprecedented moves that alienated many fans, not to mention Cuomo’s bandmates. “It was…  an adjustment,” says Shriner. “I might have been upset.”

On December 6th, 2009, a month after Raditude‘s release, a tour bus carrying Cuomo, his wife and their then-two-year-old daughter skidded on a patch of black ice and crashed off a highway in upstate New York. Kyoko and the toddler were miraculously unharmed, but emergency responders had to use the Jaws of Life to pry Cuomo out of the totaled vehicle. “Lying on the floor of the bus, I couldn’t move, could barely breathe,” he recalls. “I didn’t know if I was going to live.”

Cuomo suffered a ruptured spleen, a punctured lung and a torn shoulder joint. After he recovered, Weezer signed with an indie label and made 2010’s Hurley. “That was such a weird record,” says drummer Pat Wilson. “We weren’t exactly swinging for the fence.” The disc, which boasted co-writes with Top 40 pros like Linda Perry, along with a goofy headshot of Lost star Jorge Garcia on the cover, became Weezer’s lowest-selling by far.

The fan backlash was louder than ever. “It was easy to get defensive,” Cuomo says. In 2012, the band tried to make things right with the inaugural Weezer Cruise – voyaging from Miami to Cozumel, Mexico, on a Carnival Cruise Lines ship for four days of shows and bonus activities. “Being locked up with a couple thousand of the most hardcore Weezer fans and feeling their love for us, face to face, was a pleasant surprise,” Cuomo says.

(Other members took longer to come around to the joys of the cruise. “Oh, my God, I had to be on all the time, even to get my morning coffee,” says Bell. “That was a harsh realization. The next time, I brought my own espresso machine.”)

All the while, Cuomo says, he was plotting Weezer’s return. “I wanted to make a complex, classic album,” he says. “And I knew it was going to take time.” But early this year, he hit a creative wall. “I had a lot of songs, but I didn’t have total confidence in anything I was doing.”

He found the answer, as he often has, in Vipassana meditation. Cuomo began meditating twice daily at Rick Rubin’s suggestion around 2003; he hasn’t skipped a session since, except for the day of his bus crash. In recent years, Cuomo has also traveled each spring to a Vipassana center near Yosemite National Park for a full month of silent study. This past May, he says, “I came out with such a strong vision of the album. I tried to calm down, but it was very hard.”

Cuomo wants some fresh air, so we leave the rest of the band behind at the studio and get into a black car with his assistant. His vision, he says, was of a three-part structure for the album. One third is made up of “classic girl songs – we’ll call that ‘Belladonna,'” he says. The second batch covers Weezer’s relationship with their fans, including lead single “Back to the Shack” (in which he appears to renounce some of the mistakes of the recent past: “I forgot that disco sucks,” he sings). “That section is called ‘The Panopticon Artist,'” he says, referencing the concept of a prison whose inmates are constantly watched.

“Then there’s a third and final group of songs about father figures,” Cuomo says. “I’m going to call that ‘Patriarchia’ – that’s a new word I came up with.” The car pulls up at a park near his home, and we walk to a picnic table next to a duck-filled pond. Parents have been on his mind, he says, partly due to his experiences raising a seven-year-old daughter and a two-year-old son – but also because of his unexpected reunion with his own long-absent father.

In the early Seventies, Rivers and his younger brother, Leaves, lived with their parents at a rural Buddhist retreat in upstate New York. Their father, Frank, a jazz drummer, walked out on the family when Rivers was around four. According to Cuomo, he saw his dad only three times over the next 20 years – at ages seven, 11 and 16 – and not again until 1995, the year of Weezer’s smash “Say It Ain’t So,” in which Rivers lashes out at his father as a cruel ex-drunk. “I was an angry young man,” he says now. “Typical Generation X. I was quick to point the finger.”

“Say It Ain’t So” dismisses Frank with a spiteful couplet – “You cleaned up/Found Jesus” – which is more or less what happened: Frank became a Pentecostal preacher (“The same kind as Katy Perry’s father,” Rivers says), settling in California in the early 2000s. “Now I see him all the time,” Rivers says. “Now that I’m a father, I’ve forgiven my parents.” 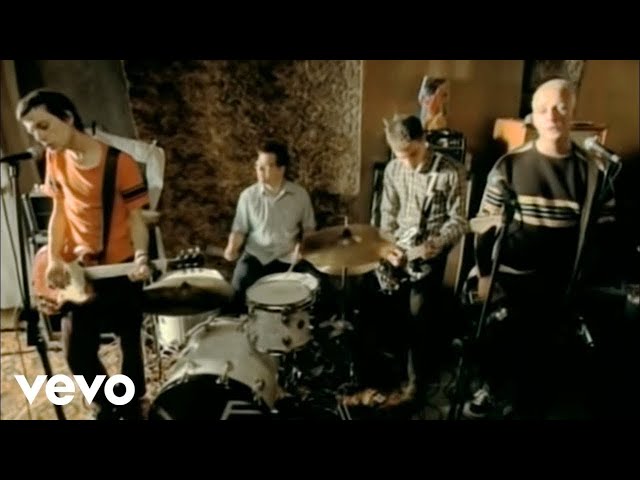 Lately, before going onstage, Cuomo has taken to watching videos of his father’s music-enhanced sermons. The reason has less to do with religion than with his own insecurity. “I’ve always thought of myself as so unsuited to be a frontman,” he says. “But he has the same body type, the same type of voice. Like me, he’s very introverted. I can relate to my own father so much more than, like, David Lee Roth.”

Cuomo’s wife and kids walk up to the table. “The struggle is not over,” he says as he rises to go home. “Often, the thought will flash through my head onstage, ‘I’m not doing a good enough job.’ But I’m much closer to making peace with it all.”

Two weeks later, Weezer are in Atlanta to play a free show after a Braves game. Shriner is puffing on an e-cigarette outside the band’s dressing room when retired Red Sox shortstop Nomar Garciaparra wanders over. “Have Weezer gone on?” asks the towering all-star, not recognizing the bassist.

“They haven’t,” Shriner says. “I’m used to it,” he adds as Garciaparra walks off.

Read the rest of this feature in the latest issue of Rolling Stone Australia (#756), on shelves Thursday, October 2.