AC/DC’s detractors say the band has been writing the same exact song over and over for the past 40 years, but they miss a very simple point: It’s a fucking masterpiece of a song. Also, what do they want? A ballad? A country album? Polka? Angus and company do what they do better than any band in the world, and they’d be fools to mess with the formula. They’ve got a new album coming out later this year and are gearing up for a tour next year, so we figured it was a good time to poll our readers to determine their favourite AC/DC songs. Here are the results. 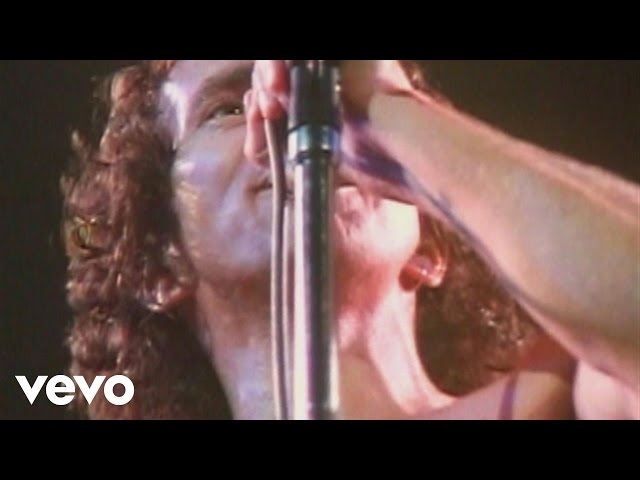 The title track to AC/DC’s 1977 LP has a very simple concept: What would the Bible have sounded like had it been written by AC/DC? The song goes all the way back to 1955 and traces the history of the genre in biblical speak. “Let there be drums,” Bon Scott sings as the voice of God. “There was drums/Let there be guitar/There was guitar/Let there be rock.” The song didn’t chart outside of their native Australia, but within months the band began to find a global audience. 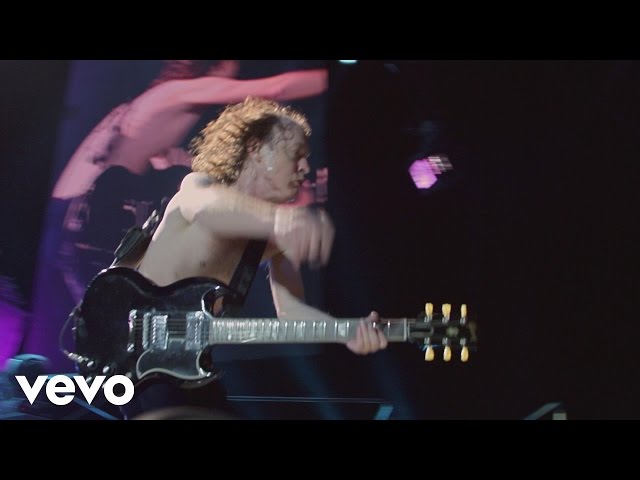 For most bands, a song as amazing as “Shoot to Thrill” would be a career highlight. But for AC/DC, it wasn’t even good enough to come out as a single off Back in Black. Radio embraced it anyway, and the song has become one of their classics. It later found a new audience in 2010, when it was included on the soundtrack to Iron Man 2. 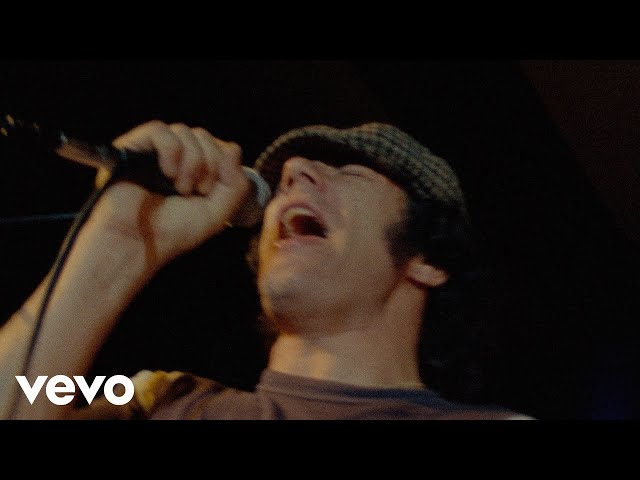 Try to put yourself into the shoes of an AC/DC fan back in July of 1980. Bon Scott’s been dead for just five months, and already there’s a new album in stores with some new guy on vocals. To make matters worse, his name is Brian, a name about a hundredth as cool as Bon. It would be hard to be anything but a little skeptical, at least until you hit play and heard the first song. The tune begins with clanging church bells before this amazing new singer informs you that “you’re only young, but you’re gonna die.” It was clear, even after 30 seconds, that they’d pulled off a miracle.

AC/DC went through a lot of lean years before they broke big. They were cheated out of money, robbed and forced to stay in horrid motels – at least according to their 1975 single “It’s a Long Way to the Top (If You Wanna Rock ‘n’ Roll).” Simply put, this is their own Horatio Alger song. They started with nothing, faced endless resistance on their quest to rock, but in the end they won big. Like many of their early songs, this was a hit in Australia long before most people in Europe or America ever heard it. 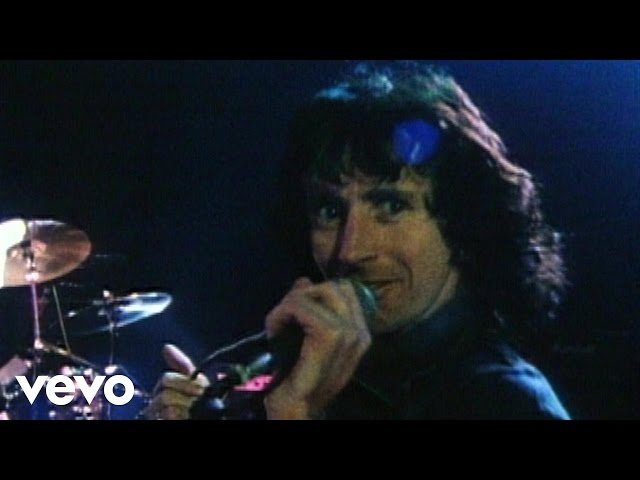 Highway to Hell finally broke AC/DC all over the world. New producer Robert “Mutt” Lange helped the band craft songs that popped on radio, and none worked quite as brilliantly as the title track, an account of the trials and tribulations of touring, matched with one of the best riffs the Young brothers ever strummed. When it hit big, the band was at least guaranteed an easier time on the road. This seemed like the beginning of a new era in Bon Scott’s life, but sadly, it was his final chapter.

AC/DC’s 1976 track is a bit divisive. Most fans love it, but some dismissively label it a ballad. To our ears, the track is a slow blues number where Bon Scott gets a chance to pour his heart out over a woman that did him wrong and the booze that’s slowly destroying him. “Got another empty bottle,” he sings. “And another empty bed/Ain’t too young to admit it/And I’m too old to lie/I’m just another empty head.” The track was originally cut for Dirty Deeds Done Dirt Cheap, and it re-appeared on the soundtrack to soundtrack to Stephen King’s Maximum Overdrive in 1986.

AC/DC have never been too worried about political correctness. Take their 1977 classic “Whole Lotta Rosie.” It’s the (supposedly) true-life tale of the time that Bon Scott had a one night stand with an overweight Tasmanian woman. What she lacks in looks, she more than makes up for in experience and enthusiasm for the act. “Never had a woman like you,” Bon sang. “Doin’ all the thing you do.” The song was one of their first to break outside of Australia and it remains a staple of their live show to this day, complete with an inflated Rosie doll that never fails to get the crowd roaring. 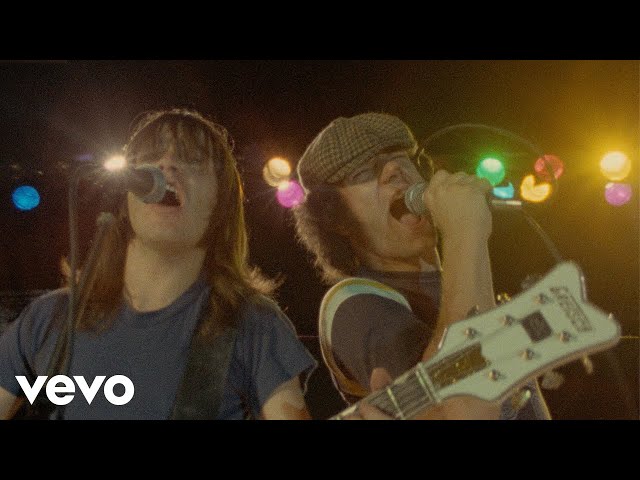 AC/DC were down in the Bahamas working on Back in Black when new frontman Brian Johnson saw a couple of American women. “They were just so beautiful,” he said. “They were blond, bronzed, tall. . .so I just was just using my imagination; what I could do if I could.” He wanted to shake them all night long, cool down and then come back for another round. Not everyone thought the line about their “American thighs” was wise, but the band wisely stuck to their guns. It was a huge hit all across the world and remains their signature song. 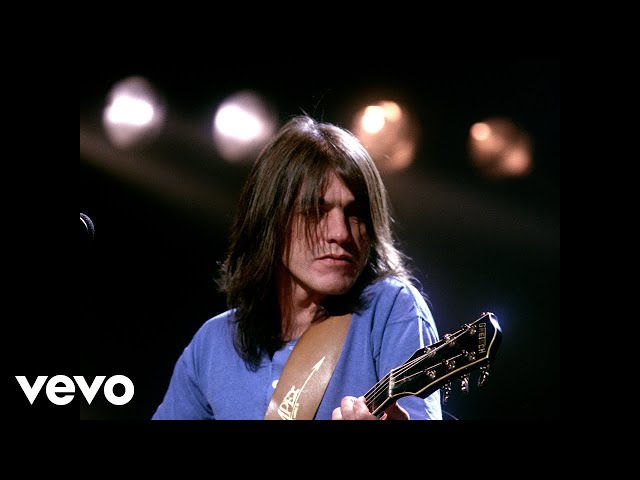 By 1990, AC/DC were beginning to seem like yesterday’s news. It had been 10 long years since Back in Black, and although they remained a popular live act, they had a hard time scoring new hits. That all changed with “Thunderstruck,” an enormous song that sounds like a vicious thunderstorm. It helped new LP The Razors Edge sell millions of records, and it’s been a highlight of their stage show ever since. 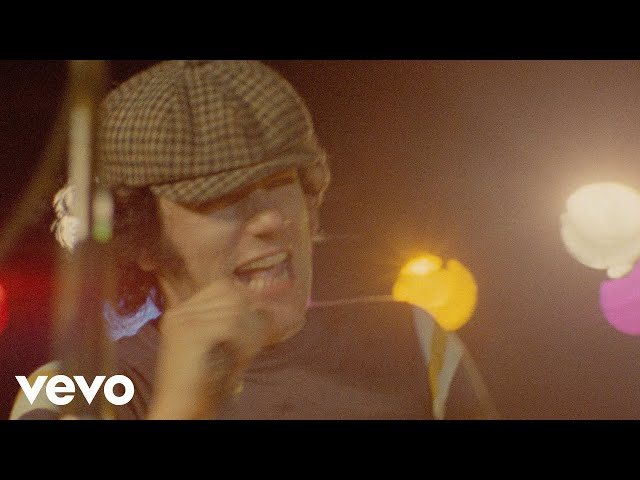 AC/DC could have easily cobbled together a maudlin, nostalgic record honoring Bon Scott after the frontman passed away in 1980, but they realized a better way to honor his memory was to create the most bombastic, hardest rocking record of their lives. With the help of new singer Brian Johnson, they succeeded beyond anything they could have imagined. The title track is a celebration of Bon and a vivid reminder the band still had plenty of life. It’s been used in countless TV shows, movies and commercials over the years, but it somehow still retains its primal power.