On November 20th, Pusha T dropped “Untouchable,” the first single from his upcoming second solo studio record, King Push — Darkest Before Dawn: The Prequel. This would have been big enough news for fans who have patiently waited two years for him to release the follow-up to 2013’s My Name Is My Name, but the arrival of the song also came with the shocking announcement that Kanye West had named the former Clipse rapper as the new head of the G.O.O.D. Music record label that West had founded in 2004. “The President of G.O.O.D. Music has been announced/A quarter million a year and that don’t bounce,” proclaimed the man born Terrence Thornton over the single’s bouncy Notorious B.I.G. sample.

“He thought I would be helpful in keeping the high quality of output of G.O.O.D. Music, whether it be music, art, fashion and culturally everything we’re a part of, and keeping the fans engaged,” Pusha T told Rolling Stone of West’s decision. It’s a heavy job to be sure, but even with an array of new duties calling for his immediate attention, the rapper’s first order of business in the big chair was to get his own freshly completed album out into the hands of the people as quickly as possible.

As its name suggests, Darkest Before Dawn, out December 18th, was intended to be a menacing and caustic-sounding record. “There’s nothing low-key about it,” he told RS. “I feel like the album is very aggressive and very abrasive. It jumps out at you. Lyrically, I’m always one for clarity and I don’t think people will miss anything.” To help realize this vision, Pusha T enlisted a murderers’ row of producing talent including Timbaland, Sean “Puffy” Combs” and the man who gave him the keys to the kingdom, Kanye West.

Rolling Stone reached out to the rapper to see how he’s handling his new role, what his plans are for G.O.O.D. Music going forward and what fans can expect to hear on the upcoming release. 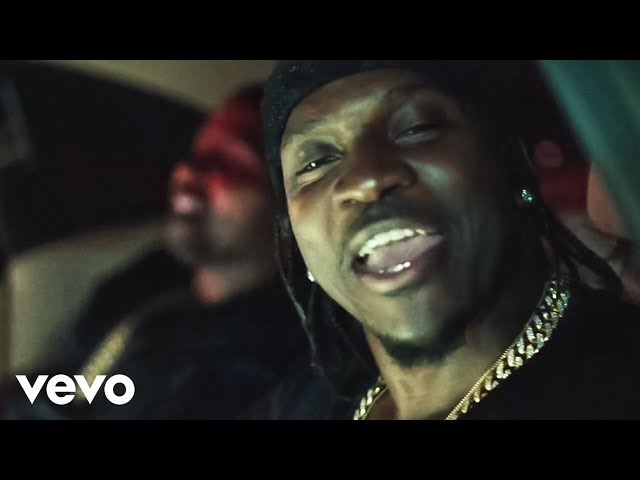 Going all the way back to the beginning, what was it that convinced you to sign with G.O.O.D. Music in 2010?
You know I felt like when I got with Kanye and we discussed me being on G.O.O.D. Music, he just really took me to a place in regards to music that I love and music that I had made previously. We had a clear understanding of what I wanted to make and he just seemed like he was an advocate for hardcore, uncompromising hip-hop. It wasn’t even a second thought. It as the only thing we ever discussed.

When did he first float the idea of you taking over as president of the label?
It was probably six months or so ago. I was getting off of a plane landing home and he basically just asked me you know, “How do you feel about being the president of G.O.O.D. Music?” He was like, “I feel like you’re of the culture, I feel like you stay on top of everything that’s going on in the online community, and you’re just really a tough critic.”

What are your specific duties as the president of the label?
I’m responsible for overseeing releases, rollouts and pretty much everything else that’s fan-oriented — bringing the business full circle, whether it’s merch and things as a collective that we can do with touring.

What is your vision for the future of G.O.O.D. Music?
I feel like the music should stay on the course of what it’s been doing and stay with everything that’s creative. I mean, I feel like we’ve been sticklers for creativity and things that have staying power. As far as new artists go, we’re going to continue looking in that direction and keep making wise choices in regards to artistry.

Talk a little about your philosophy when it comes to discovering new talent.
As far as talking about talent that I would want to bring to the label, if we’re talking rap, I’m talking about fully self-contained artists that have a vision. I feel like that’s what’s happening in hip-hop right now, especially with the kids. These kids are totally self-contained, they have very strong outlooks and they’ve accumulated their own following. They created their own touring circuits and they shoot their own videos. It’s all about, to me, finding the greatest ones that encompass all of that.

Switching gears, let’s talk about your upcoming record King Push — Darkest Before Dawn: The Prequel. What sorts of themes were on your mind as you were crafting lyrics?
I feel like my lyrics are just dark and scathing. I feel like the lyrics on Darkest Before Dawn are uncompromised hip-hop and really speaking to my core fan base. Basically what’s been known in my discography the entire time. I feel like I’m the last rap superhero. I really do. I feel like everybody else, they seem to be a bit victimised and I don’t feel like that’s me.

What do you mean by victimised?
I feel like if you watch the rap game today … you know, when I was coming up, rappers were my heroes. I looked at them and I thought they were dope. I thought they were great artists; they were great fashion icons; they were everything all in one. Now I look at rappers today, and I look at who the kids look to, and all you see is guys who don’t have any real particular base or guys who are just crying in the media about shortcomings and so on and so forth, and it’s a bit too much for me. Like, this is not what I know rappers to be like. Everyone I know when I was coming up were like rap superheroes to me and you wanted to be like them. There’s not too many rappers you want to be like these days. It’s bad business, it’s physical altercations and it’s all too much for me.

“I look at rappers today … and all you see is guys who don’t have any real particular base or guys who are just crying in the media,” says Pusha T. Nabil Elderkin

From a sonic standpoint, were you looking to build on what you did with My Name Is My Name, or did you want to take things into a completely different direction?
In regards to the sound, I feel like My Name Is My Name is a bit more lighthearted than what I just created. I sat with Timbaland, I sat with Kanye, I sat with Sean Combs, Boi-1da, Nashiem Myrick, Mario Winans, Baauer, Mano and got from each of them the darkest part of their souls on these beats, and it marries everything I’m doing right now lyrically.

You’ve already debuted “Untouchable” and you mentioned working with Timbaland. How did that collaboration finally come together?
I work in Timbaland’s studio in Virginia a lot and I reached out to him because I wanted to do things that people hadn’t heard and I’ve never worked with Timbaland and people were like “why hasn’t that happened yet?” We’re both from Virginia and I was raised around this guy. We had just never done it. But you know, my friends that are in music, they’ve been my friends for all my life, so I don’t sort of see it how everybody else sees it. Anyway, I asked for it and he called me at 4:30 in the morning ranting and raving about how he is hip-hop and how nobody can touch team Timbo. He was like, “You asked me for something and I’m giving you everything that you’re looking for and you don’t need to look nowhere else because I am hip-hop!” Those were his words to me and then he sent me a file that included “Untouchable.”

What did you think when you heard that Biggie sample for the first time?
There’s no way, no shot in hell I’m going to get this cleared.

How were you able to get it cleared then?
By the grace of God and the estate of Christopher Wallace and the greatness of [his mother] Voletta Wallace. Everything lined up and everyone was on with it and I appreciate it so much.

What are some of your favourite Biggie tracks?
“My Downfall,” Who Shot Ya?” and I would have to say “Unbelievable.”

Being that you’re the President of G.O.O.D. Music, it has to be asked, what’s the status of Kanye’s album Swish? What does it sound like and have you worked on it at all?
I haven’t worked on it at all, but everything I’ve heard is phenomenal and it has nothing to do with any of the other records that were released before. That’s all I can really say about it. He’s super meticulous about the messaging about his album but you guys are in for a treat.

Last thing: People have long been speculating about a sequel to the G.O.O.D. Music compilation record Cruel Summer since it came out in 2012. Is that something that you’d like to make happen under your watch?
That’s definitely on my mood board. I’m totally on that and I’m going to make that happen. That is a goal of mine and I reach my goals.