Tim Carr is on a roll. Half a decade after scoring a surprise hit with Matt Corby’s “Brother” — which won the Song of the Year ARIA and scored third place on Triple J’s Hottest 100 — he’s hit his stride as one of Australian’s most distinctive producers.

Carr’s wildly diverse CV spans the likes of Urthboy, The Herd, Ernest Ellis, Bag Raiders, Totally Unicorn and Julia Stone — as well as many weirder and more obscure projects. But his work on three consecutive albums by Sydney post-punk quartet Mere Women — including the acclaimed new album Big Skies — is proof of a rare producer who doesn’t just inspire repeat customers, but adds palpable sonic fingerprints to whatever he does. In the case of Mere Women, that often manifests as dense fog banks of turbulence that spill out from the music itself.

Working at Sydney studios like Studios 301 and One Flight Up, Carr has collaborated with huge international names like Jay-Z and Flea while pursuing his own music in far-flung guises like the beat-making solo outlet Goldbatman, trap-inspired duo Yung Tzar and black metal duo Bortgorst. Talking by phone a few days after welcoming his second child into the world, Carr takes us through his career highlights — and lowlights — with the same honesty that marks his work.

With Mere Women, what’s it like to work with the same band for three albums in a row?
They’re really good friends, so it’s just like hanging out with your mates. We both realised how well it works — what I do when no one’s telling me what to do, making wild, raw sounds. It seemed like a pretty good marriage. The second one [2014’s Your Town], we got really weird and did it in a giant cool store. I think that cemented it for us all. (Laughs)

You mentioned wild sounds, and on Big Skies I was taken by how spacious and smeared with texture it is. The production takes it to a new dimension.
We thought, ‘Let’s work in the studio this time, just to refine things in a different way’. But still keep that ‘do it in a few takes, don’t overthink it’ [approach]. Those guys work tirelessly on their sounds between records. Amy [Wilson] had really explored what she can do with the keyboard a lot more. And having Trish [Roberts] join on bass really let Flynn [Mckinnirey, guitar] move in a new direction and think about different aspects of the music.

But the key is the moment for those guys. You just have to get the moment. We’ve definitely picked less polished performance takes over perfect takes, if there’s something in it that we all feel. I’m happy to be honest about things [and] put a lens to their music.

They’re so hypnotic live, which might be hard to capture on record.
We started out with a bit more of a cold approach for the first [album] we did [2012’s Old Life]. Warm where it needed to be, but letting it be icy and weird. With the next one [Your Town], we went more in the depth of things, like giant, real reverbs and just being isolated in a country town in this cool house built in the ’20s. But on this one, they spent more time focusing on their performances. They knew what they wanted and how to do it.

Even on “Curse”, which is just piano and vocals, there’s still so much atmosphere.
The more we were working on the album, [we pursued] things we’d find accidentally. Just little weird things. So we approached having these layers keep the whole album continually linked to itself. That’s my bag as well: I like to not step all over things with production, but just lend my weird ambient musings.

Is there a certain production signature you bring to all your work?
I think it’s intrinsically in everything I do. I always approach them like, ‘This is my art.’ It’s not just a job. Even without trying, I can always hear myself in records. I don’t know if everyone else can. (Laughs)

I love ambience. For me, that’s always a good go-to. And luckily, it’s finding its way into everything these days, so I’m not too far off the money as a producer — if I put some weird atmospheric sounds into a trap pop song, it still kind of works.

Well, Matt Corby’s “Brother” could have just been a straight singer-songwriter thing. But there’s this intangible aura to it.
If I’m in a good room — even if it’s not a good room, but a room with character — the room is jamming with the band or artist all the time. I think people ignore that. It’s easy to get caught up on the direct source, but if you’re working the way I tend to, which is live as much as possible, you’re always going to have this harmonic and atmospheric relationship in the room. I always exploit that, because I’ve heard it on records and that’s what’s inspired me.

Steve Albini — I remember the first time I ever heard a Shellac record, and just the depth of space in the room. I mean, I didn’t know what I was hearing because I was 17, but I knew it sounded better than anything I’d heard. And that’s what I wanted to hear in songs. It’s just that honesty — you know it’s real, you know it’s happening. I can imagine I’m there in the room.

Did you get a lot of work from that Matt Corby EP?
For a little while, with labels, my name was a little more ‘hot’ than usual. But I think everyone then expects the same thing: you’re gonna take someone who’s been doing something for a while and then produce a hit single. Which isn’t really what happened with Matt Corby. We got lucky. It is a great song and he’s a great songwriter, [but] he had a team behind him that was working so hard on everything. We workshopped “Brother” — he and the band were workshopping it before I even knew about it. I didn’t think that would be his hit — I thought one of the more bluesy things would appeal to his fanbase — but just timing, hard work and good luck made that one do well. I didn’t really foresee it.

And what it ultimately led to was me doing a lot of label work that I probably shouldn’t have. I don’t really love being told what to do by labels, especially 75-year-old execs that I don’t think really know exactly what people like these days. I’m not rubbishing anyone, but I’ve always found that relationship hard — to work on something and then have someone at the label say, “Let’s re-record the whole song because the snare’s wrong.” 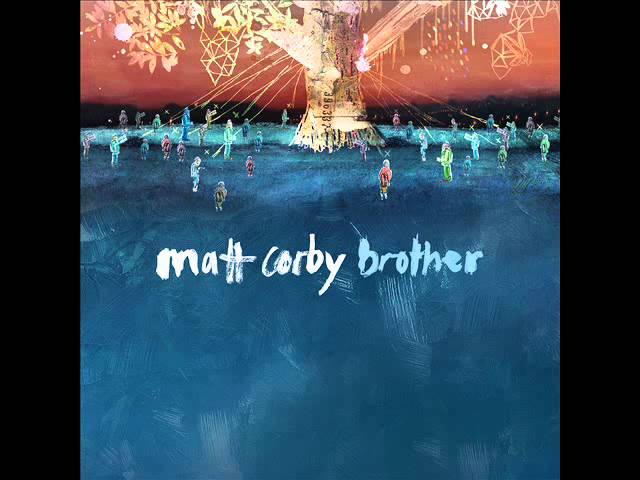 I’m fascinated by the genres you’ve spanned. It’s really all over the shop.
I’ve been told, “You should pick a genre and go hard on it.” I don’t listen to music like that. I love everything. I always have. When I was a kid, I was in a screamo kind of band, I was making beats on old keyboards on the side and I could listen to a Johnny Cash record on the side. I just appreciated sounds. The more I learned production, the more those genre lines blurred for me.

And guys like Rick Rubin — the different things he’d do, and the hits he’d have across genres — that was super inspiring for me. I think it benefits you technically as well. You just try to make each record the best you can, and align it with the band’s vision. There are little things you might learn making a black metal record that surprisingly float really well when you’re making a dance song.

You’re not gonna use a tool for one job and never use it again.
It’s like, “I’m never gonna use green, because I’ve gotta pick one colour and really make sure I nail that.” I just think I was too ADD to subscribe to that mentality.

Tell me about working with Jay-Z.
Yeah, that was the Kingdom Come record [from 2006]. He was in town for one of those big tours, and [we] just got the call that [his crew] were gonna set up camp in the studio. And Jay-Z may come in, but no guarantees. His vocal producer, Young Guru, came in and set everything up. We waited and waited, and eventually he showed up. We ended up recording vocals for five or six tracks on that record.

That was an absolute career-high mind-blower. Hearing Dre beats before anyone in the world!

Jay-Z asked me what was on a thousand dollar bill in America, for a line, and I Googled it for him. It was Grover Cleveland, who I’d never heard of. So I threw that one out and it was on the record [on “Anything”], so I was chuffed.

And you worked with Flea?
That was super random. It was Flea and John Frusciante, and one of the other in-house engineers was a massive Frusciante fan. They did heaps. And Flea was trying to get a track down for a Bootsy Collins compilation. We had massive studio dramas and I was crapping myself. He was like, “Dude, chill out. We’ll just go to another studio. Don’t worry, it’s just music.”

So we ended up in this tiny studio above 301, doing funky bass solos with a thousand pedals. Then he’d do some beatboxing for two hours, and then play trumpet through pedals. He just ended up collecting a bunch of things. I got to hang out with him for a night. He was an amazing dude — just a total vibe guy. At the end he was like, “I don’t know if you know my band, but we’re playing tomorrow night.” (Laughs)

Have you recorded much outside of studios, besides that cool room?
I’ve recorded in units in Port Macquarie, like holiday apartments. In massive tiled bathrooms. That was the first Ernest Ellis album I ever did. [And] we set up at my parents’ house while they were away, and had pretty much every room set up as a different chamber for reverbs. We did some recording out in a forest with a video camera, for a drum intro. I’m always up for something weird.

Let’s talk about some of your own music, like the Yung Tzar stuff.
I met Paul Taylor through one of his bands, and we realised we both had an affinity for dirty Southern chopped-and-screwed sounds and trap sounds. But we also still had this idea of keeping melody. Accepting the fact that we are two Australia white boys, how can we get involved without looking like total idiots? Why don’t we just do this ourselves? Paul has an amazing voice — crazy and unique — and we never seem to clash. We just lock into pockets of the same thing.

It’s hard in this country [because] I’m not a known hip-hop guy at all. But it was nice to feel like we finally got something done with our finger on the pulse, instead of having an idea and watching everyone else do it for four years.

I’m really inspired by music at the moment. There are so many cool things happening and weird approaches to sound. Those genre lines are all getting blurred a bit more for everyone. So I feel like there’s still a chance for me to be accepted. (Laughs)