If you’re here to dance and cry at the same time, then you’ve come to right place. Or have you? Many Things don’t answer that question but they do throw it up in bright lights, the blazing burn of the neon glow directly at odds with their dark basement habitat. The music created by the UK-based four-piece exists right in that world, somewhere between a tragic collapse and a celebratory afterglow. Catchy pop music with a honest skin, or merely a trap – suckering you in with familiar danceable elements and then tearing you apart with the bleak bluntness of heartache?

You be the judge. Here’s a complete stream of their debut EP, What We Are, out today via Dew Process and available via iTunes.

Still not clear? Well, thankfully, we also tracked down “MT” frontman, Michael Tomlinson, for a (completely unedited) explanation of the band’s unique style, their foundation and whether or not they draw any inspiration from Southern American reality television programs.

How did Many Things start out?

It started out when Macks and I met at the Premises on Hackney Road. He mentioned he’d like to be in a band and that sounded pretty good to me. To test the waters we recorded a (as yet unreleased) Christmas single. That went well so that we went ahead and invited Freddie and Gabi to join the band. Freddie came up with the name Many Things.

There’s obvious stylistic differences between Many Things and your former output as part of Brisbane-based indie band Yves Klein Blue. What do you put this down to – your relocation to the UK? Or just an evolution of your own taste?

This is a big question to which there is no one answer.

So here, in no particular order are all the answers I can think of right now:

One of the main reasons Yves Klein Blue disbanded was that we were going in different directions as songwriters – you only have to listen to Babaganouj and Many Things to hear the different paths we were taking! It seemed the things that inspired us just weren’t compatible anymore.

So I guess that was the start of the journey.

Without the guys around I began to learn how to use my computer to make music. The music I could make most successfully was electronic music and I think this informed the direction further, or rather, it was a feedback loop where the more I made the more I discovered and enjoyed electronic music.

I was also of course very sad, so I think that really came through in a lot of the songs.

London has of course been a huge influence. The feeling of being in a new city – I was a brand new person. I was living with the guys in Cloud Control during the recording of Bliss Release and I was always going off on tour with them and going to shows – my life was full of music and no responsibility. It was a great time. As life on I met more incredible friends and formed the band, obviously my responsibilities changed but I was lucky to find myself constantly surrounded by people that inspired me musically. My friends at Comadisco deserve special mention here.

So life in general gave me a lot of influences right there.

Producers such as John Castle, Mark Tieku and Simon Berckleman were truly inspirational in the way they shared their knowledge with me. They really gave me the ability and the confidence to have a role in producing music. Producers have definitely been important in my life, like Kevin Agunas schooled me in song writing, these guys showed me how to record music. Also got to say that Sean Cook and Caleb James are two people that will always be important to me in this respect.

And of course I must say my bandmates. The guys in Yves Klein Blue were always my teachers in music as well as my friends. I am so lucky that I could meet Fred, Macks and Gabi. They are such talented people and they bring so much to the songs. Together we’ve developed this collection of drums, guitars, keyboards, pedals, amps and all the rest that is OUR sound. It’s what you can hear on the EP – it’s nothing like I thought it would sound like when I was making music on my laptop.

And at the end of the day it’s all about the songs and I think they come from you but also from somewhere else. Vijay Khurana said part of being an artist is being a good enough craftsman to express the inspiration that finds you. So this new direction is also about getting that music from a concept to reality and these are the arrangements that best serve that.
It’s all tied in together but that is the most important bit.

So that’s a kind of incomplete complete answer.

Did I even answer the question?

“Southern gentleman-turned-cowboy” is a descriptor that seems to have been frequently attached to you guys (at least within the confines of press releases). I get the Southern gentleman part – there’s a kind of, for lack of a better word, “smooth”, and unassuming element to your sound – but cowboy? Are you spinning revolvers on stage, or is there something I’m missing?

I wonder if there’s something I’m missing? I’m only a ‘southern’ by any stretch of the imagination here in the UK – I’m from Brisbane!

I guess I was always a ‘punk’ kid at heart – a skateboarder and such (I was also a good student and brushed my teeth and all that, I’m not going to pretend I was some kinda tough guy) I always enjoyed the freedom that culture gave and the healthy lack of respect it instilled within you. (When starting out in any project it’s always handy to have slightly less respect than you ought to have for the task because it kind of allows you to get really stuck into a project before you realise how immensely difficult your undertaking truly is. Almost everything is extremely difficult but most people that are doing things start with the attitude of ‘how hard can it be’ or ‘I reckon I could’. Which is precisely the right attitude generally I think.)

It was also a culture that accepted anyone which was useful for me because I wasn’t all that popular in high school. So basically maybe that comes through, I guess it must do really.

That’s something we all have in common in the band, we all are all super weird and really different as people but we all accept and love each other. It’s the same kind of attitude.

As far as the ‘smooth’ bit goes, if want to hear truly smooth music I refer you to the web series ‘Yacht Rock’. Which segues well into your next question…

Not yet… Ok, now I watched the trailer. Oh. And now I watched a video of someone recounting the event of Season 1. And now a guy getting mad about Thomas Ravenel. Channel “GrandpasCorner”. Ok I learned a lot. Now I’m going to click on ‘Oprah interviews J.K. Rowling’ 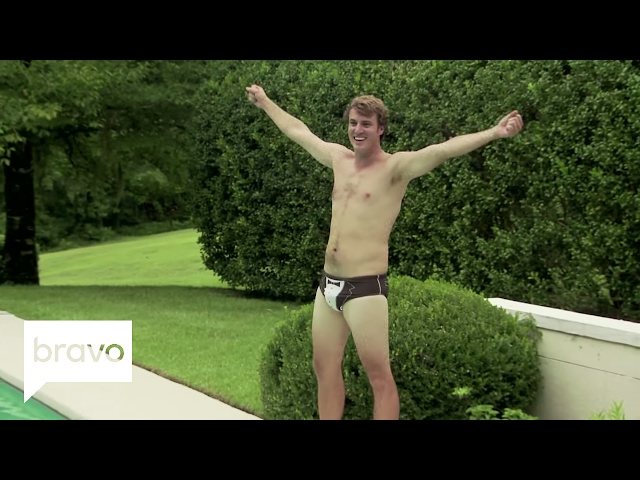 I’ve noticed in your own bios you’ve kept it all fairly simple. “We make music”, or something to that effect. For me, Many Things’ music lands somewhere between the perfectly cheesy “over-the-pop” ™ style of Future Islands and the grim London drizzle of Money, with all that unashamed emotion, blunt and unsettling for others, but impossible to keep retained. I’m sure you can probably give me a better description of your style though…

I’m pretty happy with that description to be honest, Thank you!

The whole project is about being authentic and not being restricted in what we can express, the name Many Things came quite organically but it really is the perfect title! I don’t want to get bogged down in a discussion about the definition of art but when you’re making music it’s almost just as pretentious whether you choose to think of what you do as art or not. So whether our music is art or not, we intend it to be an expression and we want that expression to be powerful and real. We always call it pop music but to most people that means something different.

Then the next best descriptor is probably indie. If that didn’t fit you might say it was alternative. In short you could call it Many Things.

Any plans to head back to Australia to play shows, or at the moment is the focus on the UK?

We’re already planning to come out to Australia soon! It’s been too long!!!

With the EP now out, what’s the next phase for Many Things?

We’re putting the finishing touches on our first LP, hopefully it will be out early next year! The course of make the EP was time of amazing growth in our sound, I’m so excited to see where we are by the time this first record is mastered! Although some tracks have been around for a little while now, I think it’s going to be a real cohesive piece that captures the essence of our time together thus far. If you think of the EP as a snapshot, this is the whole picture. Or rather the first part of a story that’s still unfolding. Hope you enjoy it!