When Polish Club singer Dave Novak stepped up to the mic to record vocals for the Sydney duo’s debut album, he did so knowing that Frank Sinatra had done the exact same thing in the exact same studio with that exact same mic. And each day, as he stepped foot in L.A.’s United Recording Studios, he knew he was walking in the footsteps of Brian Wilson and Michael Jackson, just two of the legends to have recorded there. At one point producer Rob Cavallo — no slouch in the ‘legend’ stakes himself, having helmed myriad Grammy-winning albums, including Green Day’s Dookie — handed Novak a guitar, and revealed it was given to him by B.B. King. Then there was the day Novak stepped outside their rehearsal studio for a smoke, and ended up sharing one with Miles Kane, who was in an adjacent studio with the Last Shadow Puppets. Beck was in the same complex, as was Father John Misty. It didn’t take long for Novak and drummer John-Henry Pajak to realise they weren’t in Sydney anymore.

After recording eight songs in three weeks with Cavallo last Easter, they flew home to continue writing and demoing, fully intending to return to finish the job. But as they sat listening to what they’d recorded, they were struck by the feeling that what they’d captured on tape — largely re-recorded versions of the songs on their 2015 EP, done “L.A. style” — wasn’t Polish Club. The party was over, and the hangover was setting in.

“It was like when you wake up from a big night and you’re like, what the fuck happened,” says Novak, steadily working his way through a pack of cigarettes in the beer garden of a Newtown pub. “I had such a great time and… I can’t join the dots.”

In hindsight, they say it was a case of too much too soon. The duo had only been a band for just over a year when they went to L.A — less when Cavallo made the journey to Bigsound in 2015 in a bid to court them — and, says Pajak, “it was too much of a jump”.

“We were just doing what everyone else suggested,” says the drummer. “We went to [Cavallo’s] house, he’s got Grammys on his shelf, he must know what he’s doing.”

“And he does,” says Novak. “But it wasn’t us. And we were so new to everything that no matter who it was, we would have been like, we trust you. Cos what do we know?”

Last December they traded United Recording for the decidedly less plush Linear Studios in the Sydney suburb of Leichhardt, and rather than record eight songs in three weeks, bashed out 23 in eight days under the watchful eye of producer Wade Keighran (Wolf & Cub). They had, says Novak, learned their lesson. “Put John and me in one room so we can see each other and play together and just press record. Don’t give me too many choices. Don’t give me any choices.” (The duo’s relationship with Cavallo is still intact — his new label, 432 Records, will distribute the band’s debut, Alright Already, outside Australia.)

The end result is an album that mirrors the raw intensity of Polish Club’s live show; fast and brash, with the energy of the MC5 and, via Novak’s throaty howl, the soul of Otis Redding. A song such as “Come Party”, with its machine-gun drums and sing-a-long chorus, sounds aptly named — until, that is, Novak reveals its darker genesis. “It’s not an anti-party song, but it’s just realising that sometimes it’s just too hard to fucking try and have a good time,” he offers. “All I’m trying to do is reconcile how much I hate everything and try to be positive about it. There are a few songs [on the album] about generic heartbreak, but it always comes back to self-reflection and realising I’m a dick. I’m probably more of a dick than anyone else, so I’ve got to deal with that before commenting on anyone else’s life.” 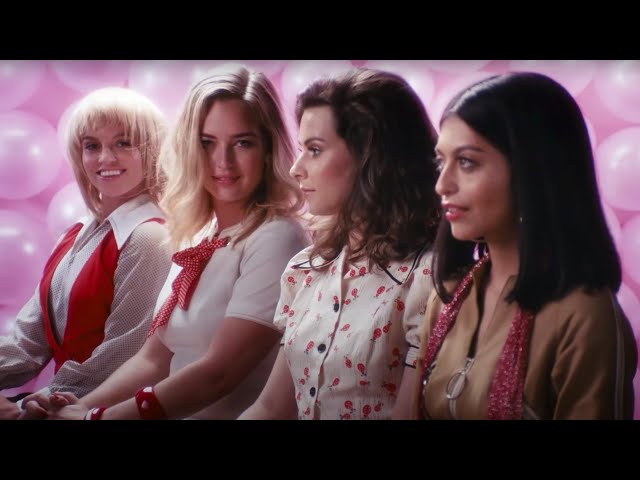 Pajak and Novak first met in their teens via mutual friends. Each had a musical upbringing — the singer, who spent part of his childhood in Belgium, was raised listening to his Filipino mother’s showtunes; Pajak would watch his father play accordion at weddings and dances at ethnic clubs around Sydney. (Pajak Snr. sings and plays accordion on Alright Already, on the cover of Johnny & the Hurricanes’ “Red River Rock”.) Novak used to go and see Pajak’s mid-2000s indie band Bird Automatic (and played bass for one gig), and when Novak formed his own group and went through a string of drummers, Pajak agreed to join. Eventually they separated into a two-piece.

“When we got together we had one jam and I think [Novak had] just broken up with [his] girlfriend, and it was real devo, slow, softly sung ideas,” says Pajak. “And then I went away for a year, came back and was like, ‘Let’s have another jam. It sounded shit last time, let’s just see how much air we can push.’ And that was it.”

Before long their debut single “Able” was on Triple J and they were being chased by one of the world’s biggest producers. They insist their feet remained firmly planted on the ground at all times.

“Even when we were meeting with Rob in L.A. we were cynical,” says Pajak.

“My only question was, and still is, how do we make it sustainable?” says Novak. “So that in five years’ time I can say I’m in a band, that’s all I do, and I’m not starving. That’s all you can aim for. You just have to enjoy doing it for nothing. And if you don’t you’re an idiot.”