“Fast” Eddie Clarke, the Motörhead guitarist featured on many of the band’s classic albums and a founding member of Fastway, died Thursday. He was 67.

Motörhead confirmed Clarke’s death on Facebook, noting that he was in the hospital for pneumonia.

“We are devastated to pass on the news we only just heard ourselves earlier tonight. Edward Allan Clarke – or as we all know and love him Fast Eddie Clarke – passed away peacefully yesterday,” the group wrote. “Fast Eddie…keep roaring, rockin’ and rollin’ up there as goddamit man, your Motörfamily would expect nothing less!!!”

With Motörhead, Clarke played with loose, rock & roll abandon, as his guitar roared around frontman Lemmy Kilmister’s lead bass; his guitar solos were like Chuck Berry at 78 R.P.M. He took that style in a more metallic direction with Fastway, a more commercial hard-rock band he formed with former UFO bassist Pete Way. Where Motörhead’s grit achieved more success in the UK, Fastway’s slicker image, built on Clarke’s rock & roll riffs, resonated with American headbangers in the mid Eighties.

“Such a shock. He will be remembered for his iconic riffs and was a true rock n roller. RIP Eddie,” wrote Phil Campbell, one of Clarke’s replacements on guitar in Motörhead.

“Oh, my fucking God, this is terrible news, the last of the three amigos,” wrote former Motörhead drummer Mikkey Dee. “I saw Eddie not too long ago and he was in great shape. So this is a complete shock. Me and Eddie always hit it off great. I was looking forward to seeing him in the UK this summer when we come around with the [Scorpions]…Now Lem and Philthy can jam with Eddie again, and if you listen carefully I’m sure you’ll hear them, so watch out!!! My thoughts go out to Eddie’s family and close ones.”

Clarke, who was born in London in 1950 and started playing guitar seriously at age 15, was the last surviving member of Motörhead’s classic trio, with Kilmister and drummer Phil “Philthy Animal” Taylor dying in 2015. Prior to joining the group, he’d played in a band called the Bitter End and another called Curtis Knight and Zeus, among others. He joined Motörhead in 1976, one year after the band’s formation, to augment original guitarist Larry Wallis’ sound after meeting Taylor when the drummer applied for a job on a houseboat Clarke was working on. After Wallis quit, the group released its self-titled debut in 1977. Clarke earned the nickname “Fast” Eddie at an early Manchester gig (“It was logical,” Kilmister wrote in his autobiography, “Eddie was a fast guitar player”). He would serve as Motörhead’s guitarist, and occasional singer, for the next five years as the band’s popularity grew.

“After we got Eddie and Phil in, I knew we had something special,” Kilmister once said, according to Lemmy: The Definitive Biography. “That was an excellent band from day one. I’d only written three songs for [previous band] Hawkwind and I wasn’t too good at it yet. But this band has always been the eternal underdog, and we’re good at it.”

The guitarist’s snarling rock & roll riffing complemented Kilmister’s stuttering bass line on “Ace of Spades,” wailing in agony as the frontman sang about holding a “dead man’s hand” – the song became Motörhead’s signature. Similarly, he added bluesy textures to the pummeling “Overkill” – a tune later covered by Metallica – and funky, John Lee Hooker–like riffage to fan favorite “No Class.” A live version of the band’s eponymous song, Kilmister’s revved-up ode to amphetamines, taken from No Sleep ‘Til Hammersmith was the band’s highest-charting single in the UK.

It was during Clarke’s tenure with the band that Motörhead got the reputation of being one of the loudest bands in rock. “Man, it wasn’t our fault,” he recalled in the band’s biography Beer Drinkers and Hell Raisers. “I was forever trying … to hear myself, so I was forever adding fucking amps over my side, and Lemmy was just adding more and more on his side, and then Phil [Taylor] had bigger monitors. It was … each one of us, because we never interfered with each other’s stuff.”

Clarke’s last album with Motörhead was 1982’s Iron Fist, after which Thin Lizzy guitarist Brian Robertson took his spot. Band tensions played a role in Clarke’s departure and the final straw for the guitarist was reportedly Motörhead’s decision to partner with the Plasmatics for an EP featuring a cover of Tammy Wynette’s “Stand by Your Man.” “I thought Motörhead was in danger of becoming a laughingstock,” Clarke said in Beer Drinkers. “But they were already thinking like it wasn’t my band [too] anymore. The bastards.”

After leaving Motörhead, Clarke co-founded Fastway, which released its self-titled debut in 1983. The group put out a string of records throughout the Eighties, riding the popularity of heavy metal and hair metal, before splitting in the early Nineties. The singles “Easy Livin'” and “Say What You Will,” off the group’s 1983 self-titled debut, both charted high on Billboard’s mainstream rock chart, while the filigreed “Tell Me” off 1984’s All Fired Up was the band’s last hit. Both albums appeared in the upper half of the Top 200, while another, 1988’s On Target, made it to Number 135.

Beyond playing guitar, Clarke also worked as an recording producer, working with the heavy-metal band Tank on their “Don’t Walk Away” single (later covered by Sodom) and other Tank releases. He would go on to produce Assassin and Miss Daisy alongside co-producing Motörhead’s On Parole album and much of the Fastway discography.

Clarke released a solo album, It Ain’t Over Till It’s Over, in 1994, which notably found him reuniting with Kilmister on “Laugh at the Devil.” Clarke would continue to record and perform over the next few decades, releasing solo records and reuniting with Fastway. His last LP, Make My Day – Back to Blues, arrived in 2014. 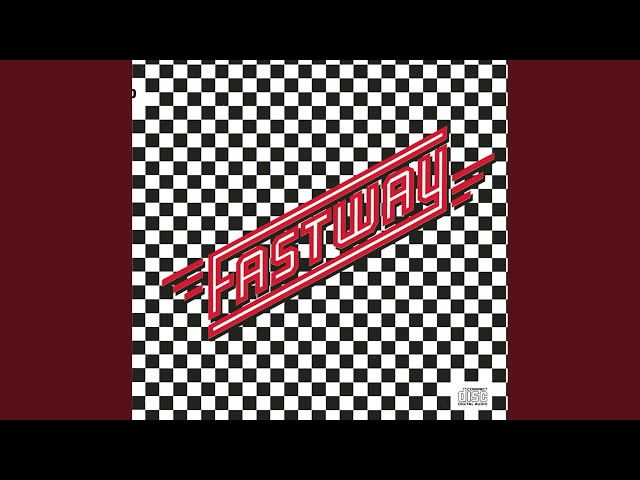