Technically, Minor Victories’ history as a band is a short one. But the U.K. foursome’s self-titled debut – a carefully constructed mélange of shoegaze, post-punk and noise rock, out June 3rd on Fat Possum – reveals them as the group of veterans that they are. To complete such a record through heavy correspondence, without ever assembling the entire band in the same place, they’d have to be.

Minor Victories began a couple years back when Justin Lockey – guitarist of British post-punk band Editors – struck up a collaboration with vocalist Rachel Goswell, who had appeared on the group’s 2015 album, In Dream. Her acclaimed career with shoegaze pioneers Slowdive and spin-off group Mojave 3 stretches back to the late Eighties. Goswell eventually invited Mogwai guitarist Stuart Braithwaite to join them. Lockey’s brother and creative partner James filled out the lineup on bass. The Lockeys also produced a series of video shorts – depicting everything from a Godzilla-sized cat to a slo-mo samurai attack – to accompany the project.

Hints of the members’ better-known projects poke out of the resulting music, with a few surprises courtesy of James Graham of the Twilight Sad and Sun Kil Moon’s Mark Kozelek. Not just a simple throwback, Minor Victories rivals the most anthemic, challenging and clever work to emerge from all of the principals’ earlier careers.

During a spirited conversation with Rolling Stone, Goswell and Braithwaite revealed that what Minor Victories lacked in face time, they made up for in cat emojis. They also discussed songwriters’ anxiety, why a long-distance collaboration definitely won’t work for everyone and what their other projects are up to. 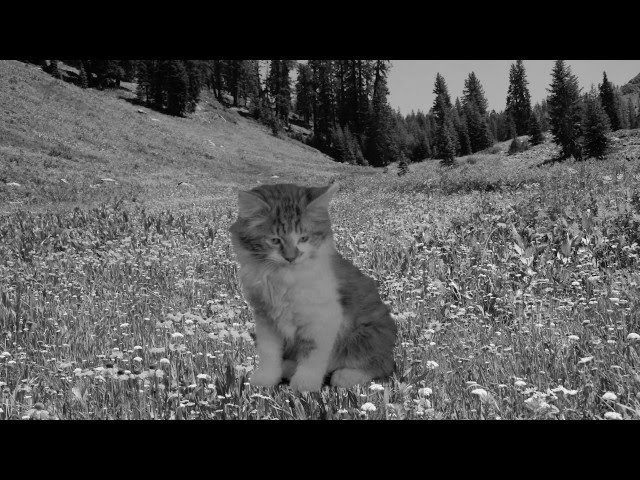 When was your first full-band gathering, and what was it like?
Rachel Goswell: In March, we had our first full-band rehearsal in Scotland. It was really good. I don’t know if it was Stuart or Justin who said, “Oh, this is weird now that we’re all together.”

Stuart Braithwaite: The only thing that was weird was the actualisation that we’d never been in the same room. There’d been so much discussion and chatting that I felt as if we had, even if we hadn’t.

Goswell: Certainly for the last four months of last year, we were in daily contact with each other. Sometimes several times a day.

With so many potential collaborations out there, what was different about this situation? What made it work?
Goswell: The catalyst of everything was Justin initially contacting me to do some stuff. Justin is a real workhorse. He’s very good at rallying people to get on with things. Whereas, I’m a bit of a procrastinator generally in my life. As we went on and started swapping files, we got really excited by what we were doing. That’s key when you’re doing something like this – interacting with each other. Even though we all hadn’t met at that point, not all together anyway. It was something we could do all at our pace.

Braithwaite: Justin made sure it was in the front of our minds. It just ramped up really gradually to the point where it was something we were all doing all the time until the record was finished.

What were the disadvantages of your long-distance collaboration?
Goswell: Not all being in the same room together while it was being mixed. It wasn’t really hard, but I think it would’ve been easier if we’d all been present together. There was a fair amount of to-ing and fro-ing about mixes. Ultimately, the end result we were all happy with.

Braithwaite: I suppose if we’d all been there then I might’ve had more of an idea. But that was part of the fun, as well – taking a bit of a stab in the dark. It wasn’t anything too contentious; it just sort of worked out.

How did you communicate while you were working on the album?
Braithwaite: Text messages.

Braithwaite: We hadn’t written poems about the songs to let each other know our innermost feelings [laughs]. We just sent text messages.

Goswell: Lots of emojis. Definitely with Justin it was definitely an air punch. Or like a thumbs-up or the ghost. High-fiving. The high-five woman.

Did the cat with laser beams for eyes in the “Scattered Ashes (Song for Richard)” video belong to any of you?
Braithwaite: No, it was an English cat. My cats don’t live in England, though my cat’s an English too.

Goswell: We did ask Stuart about letting us use his cat.

Stuart, how did you balance this work with recording Mogwai’s latest album, Atomic?
Braithwaite: I was writing music for both at the same time, but the new Mogwai is a soundtrack to a film about this nuclear holocaust. There was no crossover, really. It was quite good that I could just write music, and I knew it would work for whatever I was doing – for something.

You’ve said you had some restless nights.
Braithwaite: Most musicians have anxiety. Don’t you, Rachel?
Goswell: Yeah.
Braithwaite: I think it’s pretty normal. Musicians have a sort of off switch when you’re going about your everyday life. But at the back of your mind, it’s, “Oh, we fucked up – it could be so bad.” You’re thinking about it. It bubbles up from your subconscious while you’re asleep. I was having loads of anxiety dreams. That just shows you care. And you’re probably a little mad.

“I was having loads of anxiety dreams. That just shows you care.” –Stuart Braithwaite

“For You Always,” the collaboration with Mark Kozelek, features some vivid storytelling. How did those characters come to life?
Goswell: It’s quite different from all the rest of the songs on the record because Mark wrote it. It’s based on our friendship over the last couple of decades. It’s kind of hard to explain. Technically, quite a hard song to sing, but lyrically there’s a lot of fondness there, if that makes sense. All of the places that are mentioned in the song – all factual. It transported me back to points in time in our friendship. It’s a good song.

“Folk Arp” feels like the centrepiece of the album. What do you remember about putting that song together?
Braithwaite: It was the first song I put forward for the record. Ultimately it changed a lot from the very start. It’s nice to do music and then have someone else do vocals over the top. People never do what you expect. To be honest, no one in Mogwai writes very many words or particularly enjoys singing, so it’s nice working with Rachel on this. 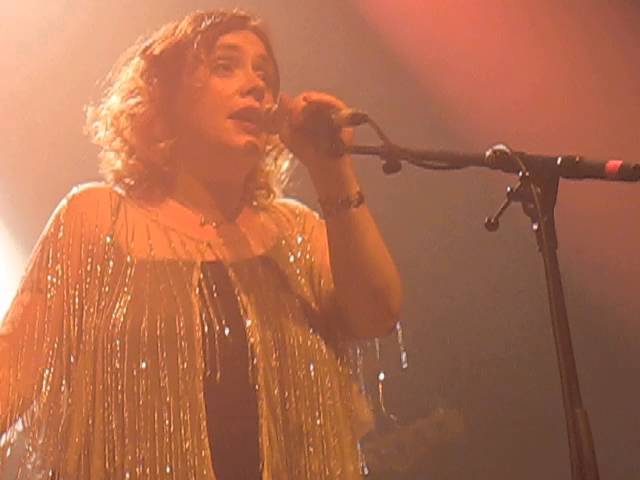 How have your bands responded to the material?
Goswell: The guys in Slowdive have been really positive. Christian [Savill] and Nick [Chaplin] came to see us in London. They really loved it.

Braithwaite: Martin [Bulloch] from Mogwai is playing drums with us live, so he’s not allowed to say he doesn’t like it [laughs]. We were at the studio while I was doing the guitar and Dominic [Aitchison] was pretty surprised about it, how it sounded. I remember him saying that it was a lot more pop, but not like a negative. I guess he just had an idea in his mind of what it would sound like. They’re totally into it too.

What has it been like to play these songs live?
Braithwaite: It proved to me that we could play a concert with hardly any rehearsals [laughs]. It was loads of fun.

Goswell: It was nerve-racking at the beginning. That first show, which happened to be London, I hadn’t been that nervous in a long time.

Braithwaite: It was quite nerve-racking. It’s a weird feeling when you’re so used to playing with the same people.

Goswell: It was good fun. We did four shows on our mini U.K. run. Certainly by the end of it we were on fire. The last show we did in Glasgow was the best – for me, personally, in terms of what I was doing.

Slowdive is in the process of working on new material, as well. How’s that going?
Goswell: Coming along very nicely, thank you. Contrary to what was said in the last interview I did, we hope to finish the recording in July and expect it to come out next year. I think we’ll be mixing it at the end of the summer. I’m biased, but I’m happy with what we’ve done.

Is the long-distance model something more acts should consider in the future?
Braithwaite: I think a lot of people would be a little too precious to do this. We went into this with really good spirit and a lot of trust in each other. A lot of musicians need minute-to-minute discussions about how things go. Quite often, bands have members that are pretty precious. Thankfully, no band I’ve ever been in [laughs].

Goswell: You have to say that, don’t you, Stuart?

Braithwaite: I don’t think it’s going to overtake everyone getting into a room and playing, but it’s good to know that there are other ways to make records.

Goswell: I agree with you. Slowdive, the way we’ve done this record we’re working on wouldn’t work. Everyone feeds off of each other in a live environment.

Will you make more Minor Victories recordings this way?
Goswell: Not sure, really. Justin’s keen to use the same process for the next record. With time constraints for all of us, it may be on a practical level that this is the only way we can do it. Certainly it worked for us the first time.

Braithwaite: We’ll definitely start making a record like that, but it’s good to know that if it’s not working out, we can just get in the same room and kill each other.