There’s no denying the impact Mick Fleetwood has had on popular music. As a founding member of the iconic Fleetwood Mac, the tall and gangly drummer has played a part in some of the biggest records of our time.

What many won’t know about the Cornwall-born, Maui-based Fleetwood however, is how he and legendary guitarist Peter Green came to form the band, back in 1967. For Fleetwood Mac wasn’t always the pop/rock, soft/rock behemoth it was through the 1970s. It actually started out as a straight up blues band.

Both Fleetwood and Green, along with bassist John McVie, were playing in John Mayall’s Bluesbreakers – the British blues band of the time, and a veritable guitarist factory, claiming amongst its ranks at one stage or another Green, Eric Clapton, Freddy Robinson, Coco Montoya, Walter Trout and future Rolling Stone Mick Taylor. But they left this comfortable fold to make their own mark on the British blues invasion. Hence, in 1967, Fleetwood Mac came to be.

Almost exactly fifty years later then, Fleetwood himself is coming full circle. Later this month, he’ll make his Byron Bay Bluesfest debut, fronting (or, rather, sitting at the back of) The Mick Fleetwood Blues Band. “Getting back into the trenches to play the blues is always a pleasure,” he says with a smile. “I never dump on that part of my life.”

Featuring incendiary guitarist Rick Vito, the MFBB is essentially a vehicle for its members to delve back into the past, back to that fabled time when Fleetwood Mac were a true blues band, peddling their own version of the British blues that defined a lot of the late ’60s and early ’70s.

Mick Fleetwood recently chatted with Rolling Stone, about how it feels to be moving forward, all whilst looking back.

So we’ll be seeing the Mick Fleetwood Blues Band at the Byron Bay Bluesfest in late March, a place I feel you’ll fit right in.
That’s right. It’s a blues band situation that I’ve had with Rick Vito, a friend of mine, he also played with Fleetwood Mac for a few years when Lindsay (Buckingham) was on sabbatical. We actually came down [to Australia] about ten years ago (as the Blues Band).

So we’re looking forward to rekindling [that relationship], coming down with the music that we love playing – a straight ahead blues band, do what we’re doing, and we’re happy to be one of what seems to be dozens of really eclectic artists that are appearing at the Byron Bay festival.

I’ve never played [Bluesfest], but have always been told about it, an iconic landmark. And there are a whole bunch of people that I know who are playing, so I’m hoping to hang out and see a whole cartload of great music.

Aside from you and Rick, who else is featuring in the band these days?
Mark Johnstone (keys) and Lenny Castellanos (bass), it’s the same band that came down all those years ago. Most of the boys live in Maui, where I live… we play regularly when I’m off the road with Fleetwood Mac, so we know each other really well. And on a personal note, I’ve been flown around the world with Fleetwood Mac for the past year and half, but the boys really enjoy getting off the rock, as we say in Maui, so they’re really excited. 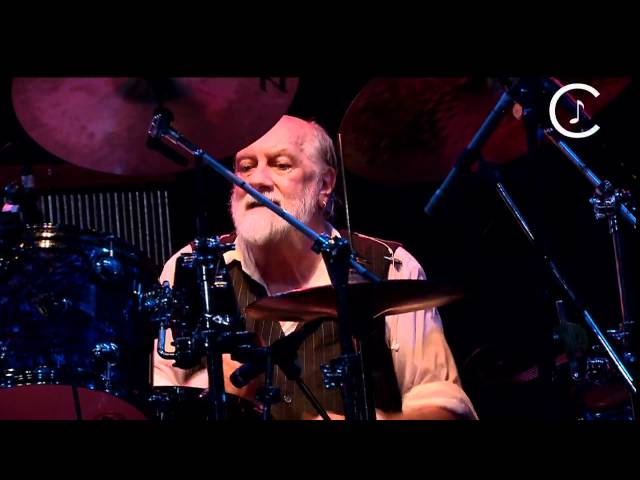 Lets go back a bit – you and Peter Green, and eventually John McVie, left a good gig with John Mayall’s Bluesbreakers to start Fleetwood Mac: this would have been quite the game-changer.
Yeah, that is how the band was formed, although it wasn’t a conspiracy or anything, John (McVie) was actually still in The Bluesbreakers, even though Peter and I had called the band Fleetwood Mac (a play on the names of the band’s rhythm section).

That whole genre of early Fleetwood Mac was a huge part of my life. But basically, publicly, that period of the band has very often been eclipsed and forgotten about. More so in America, they never got the early band. And we never got to Australia, somewhat unbelievably. I don’t know why we never did.

But people love [that old stuff], and that’s what this is all about; Fleetwood Mac, back in the day, was a blues band through and through. Peter’s guidance as a mentor, and a hugely affective guitar player, really is still spoken about and revered by his peers. Peter’s not active anymore, and his life story isn’t the happiest of stories… but his music, if you think of “Black Magic Woman”, “Albatross”… we do all those songs in the set, and we craft it where Rick Vito is [able to be] his own talent. And he’s a huge advocate of Peter’s work.

So what’s it like for you, playing this blues once more these days? The MFBB has been a project of yours for over a decade now, but what’s it like revisiting all these old songs?
I love it. I have a duality of sorts, where if someone really forced me to choose, well… my life is Fleetwood Mac, I can’t imagine what it’d be like to not [have that]. But the truth is, I’m a blues drummer.

If you listen to “Don’t Stop”, [it’s] a blues shuffle (laughs). And John McVie and Christine (McVie), even though they were playing in a band that was very pop-orientated, of sorts, the reality is, three members of that band are majorly connected from where they come. Christine is a piano player who played with Freddie King, all these players, she was in a band called Chicken Shack, she was a blues goddess who came out of England. And of course, you hear that, you still hear that in her voice, or songs she touches on – “Oh Daddy”, that’s a blues song! “Don’t Stop” is a blues shuffle, and the fact it’s an iconic song now, is a pleasant irony, really.