Metallica stopped by SiriusXM’s New York studios on Monday to answer fan questions for the network’s Town Hall segment in anticipation of the November 18th release of the group’s Hardwired … to Self-Destruct LP. The band members – James Hetfield, Kirk Hammett, Robert Trujillo and Lars Ulrich – were in good spirits and gamely answered the queries. The segment won’t run in full until November 17th at 5 p.m. U.S. EST on the network’s “Mandatory Metallica” station, but Rolling Stone sat in and listened. Here are the most interesting things we learned.

1. They considered working with a non-rock producer.
“We did discuss who we were going to use,” Hetfield said. “What does it mean to use somebody new – a name producer? ‘Let’s really mix it up. Let’s get someone who doesn’t know rock even, go really sideways.'” The group decided to use Greg Fidelman, engineer for the group’s 2008 LP Death Magnetic. “And at the end of the day, we know Greg, he knows us,” Hetfield added. “The sound on [Metallica’s 2013 concert film] Through the Never was so powerful and huge, we felt it was a mistake to not use him.”

2. Metallica are confident in their continued riff-writing abilities.
When asked about how they weed out bad song ideas, Ulrich explained that that’s rarely a problem. “The biggest issue we have is … we have too much material. Every time James picks up a guitar, there’s a riff in there,” he said. “He’s tuning his guitar, like, ‘Hey, wait a minute, record that.’ I’m writing, ‘January 27th at 2:53.'” Hetfield interjected, “It’s very annoying. I can’t even tune my guitar.” Ulrich continued, “The issue is, what’s the triple-A-plus stuff? … There may be hundreds of great riffs, but there are only 20 that can carry a song because of this domino thing that happens: ‘How do you go from a riff to a verse to a bridge to a chorus?’ … But the great riffs? We’re talking about garage sales. We talk about making them available to other bands if they want them. We’re overwhelmed by great riffs.”

3. Metallica don’t want to question why the Black Album is such a success.
Metallica’s self-titled 1991 album has sold more than 16 million copies in the U.S. alone – more than any other record in the last 25 years. But they don’t want to think about why that is too much. “Cliff [Burnstein], our manager, his theory is that there’s a rite of passage element to it,” Ulrich says. “When you turn 13, it’s just part of the experience of your adolescent years. I think those types of stories are best not overanalysed. … For some reason, it has just stuck and it keeps on going like the Energizer bunny.”

4. Metallica fans know no boundaries when approaching their idols.
One of the fans in the audience asked the weirdest place where each member has been recognised, and some of them had eye-opening answers. “Around the time the Black Album came out, I was here in [New York City], uptown at a clothing store, trying something on and out of the corner of my eye I could feel somebody walk up to me,” Kirk Hammett said. “I heard this voice say, ‘Hey, how you doing, Kirk?’ I turned my head and it’s Bruce Springsteen. It was the weirdest thing because he knew my name.” “He was in your dressing room?” Hetfield asked.

Trujillo shared a story from his days playing bass in Suicidal Tendencies. He had gone to the dentist, and when the doctor stepped away, a hygienist showed his fandom. “All I see are the guy’s eyes, and you don’t see his mouth because he had a mask on, but you hear him saying, [whispers] ‘Suicidal.’ ‘Suicidal.’ And I’m looking up at this guy and I’ve got the apparatus in my mouth,” the bassist said. “That was all he said the whole time.” Hetfield laughed and rejoined, “Maybe it was a cry for help.”

Ulrich told a story about playing Munich on the Black Album tour, with members of his favorite band growing up – Deep Purple – in the “Snake Pit” in front of the stage. “I was really excited to hang out with them backstage and drink some beer with them,” he said. “When I got back, there was a note from Ian Gillan going, ‘You guys were awesome. … It’s way past our bedtime. We’ve got to go home and have our milk and cookies.’ It was like 10:45.”

And Hetfield, like Trujillo, had a medical-related, though less funny, story. “There was a quadding accident that my son was in, and I’m rushing him to the hospital,” he said. “He’s in there getting some minor surgery, and I’m standing there – and this nurse turns from working on my son to me saying, ‘Can you sign this for me?’ And I friggin’ … You can imagine what happened.” 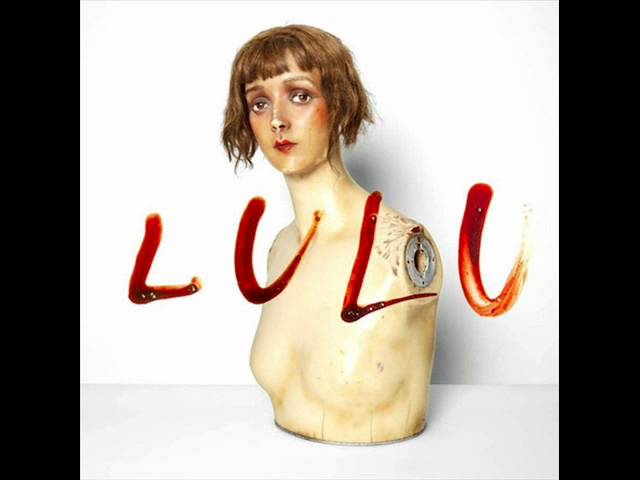 5. Lou Reed taught James Hetfield a lot when they collaborated on Lulu…
“Lyrically, what I learned was the power of the lyric,” he said. “It was poetry. We were writing music to his poetry or the play or whatever it was. It was one long story and these were all little parts of it. For me, trying to write songs about stories of people’s lives or things always end up so cheesy and corny. But Lou’s style was certainly dark and shocking in a lot of the lyrics. I would also say that it’s hard for me to not rhyme stuff to get it sinking in. He had no structure, no rhyme scheme. He was telling something – it was less singing than telling you a story. So I did learn … to be a little freer with the words and the lyrics. Say what you want to say.”

6. …But they don’t want to collaborate with anyone else again.
When a fan asked who the band might want to tour or collaborate with, the panel was quiet. “I kinda like these guys,” Ulrich said. “Speaking for myself, I have no aspirations other than playing with these guys.” While some of the others said they enjoyed jamming with other musicians, all shared the drummer’s sentiment.

7. Without Lemmy, there’d be no Metallica.
The Hardwired … to Self-Destruct track “Murder One” is a tribute to late Motörhead frontman Lemmy Kilmister and uses many of his song titles in the lyrics. The band members said he was a crucial influence on Metallica. “Motörhead had a lot to do with Metallica sitting here right now,” Hetfield said. “But just Lemmy as an entity, as kind of a father figure, he helped us a lot. He was unafraid. And he was a character. And he was himself. And we all respected that so much. He did his own thing to the last breath. No matter who you are, how could you not be inspired by that?”

“In the summer of 1981, I followed Motörhead around on tour,” Ulrich said. “That was what made me want to be in a band. When I came back to Southern California and called up James and said, ‘Listen, we’ve got to give this a shot,’ … Motörhead is the catalyst.”

8. Metallica like a number of young bands…
One fan asked the group who the future of heavy metal was. After a brief pause, Hetfield joked, “Yeah … got any demos?” Hammett, however spoke up for a new group he likes. “I saw a video for a band a couple of days ago that really impressed me,” he said. “Their name is kind of difficult. You pronounce it ‘Horror’ but it’s Ho99o9.”

Hetfield said he hasn’t heard much in metal that has inspired him lately. “Where’s the syncopation? Where’s the heart?” he said. “I get mad. And hopefully somebody will be like me and just come up with something and be the next, cool, different thing. … Someone’s got to get pissed off enough to write something different.”

Ulrich shouted out Canadian psych-rock band Black Mountain, but spent time propping up another group. “I saw a band a couple of months ago at Glastonbury Festival called Savages – these four chicks,” Ulrich said. “Chicks? Small chickens?” Hetfield joked, but Ulrich continued. “Talk about pissed off. They’re insane. They’re this punky, so much energy, super dark, little Siouxsie and the Banshee, dark, weird Euro-punk. The singer just gets out there and screams. If you get a chance to check them out, they’re a little different.”

9. …But they’re nevertheless worried about the future of rock.
“Where is the new generation of arena bands?” Hammett said. “Where are they? Can anyone answer that?” Trujillo said he’d had a conversation with Black Sabbath’s Geezer Butler recently about that same subject. “I ran into him on a flight from London to California, and he was like, ‘Who’s gonna carry the torch? When Metallica’s done and we’re done, who will it be?’ I was like, ‘Let me think about that.'”