It’s the day after Glastonbury and Maccabees guitarist Felix White is back home in South London “rehabilitating” after a triumphant comeback gig.

“The gig was amazing,” he says of their return to Worthy Farm after six years. “There were loads of people, we had Jamie T do a song with us. It was a pretty intense experience, it was great.”

That song was “Marks To Prove It”, the title track from their first album in three years. After the expansive Given To The Wild – which was nominated for a Mercury in 2012 – White says they wanted to create a stripped-back album of shifting moods; one that could be recreated live. He says “Marks To Prove It” – the album’s most energetic track – felt like blowing out the cobwebs.

“It’s got a flippancy and a freedom about it, which is sometimes difficult to afford yourself when you make a record for three years.”

Part of the reason for the long delay was the band’s insistence in giving all five members an equal say in the songwriting process. They holed up in their own Elephant Studios – formerly owned by the Jesus and Mary Chain – in Central London, working 10am to 1am shifts for months on end. The lashings of piano and female vocals only add to the record’s nocturnal vibe. 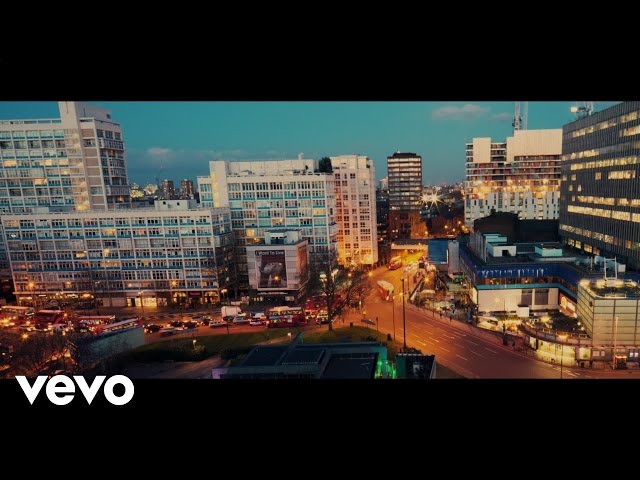 Did you decide to strip things back at the start of the process, or was it something that happened naturally?
Felix White: It took ages. It sounds like common-sense, because Given To The Wild was quite expansive, it was quite cinematic. So the reactionary way to go was to do something completely opposite. But we didn’t really work that out until a year in. That’s the way “Spit It Out” worked – it had the piano, the heavy guitars, there’s something a bit more vital sounding about it. That became a palette. We didn’t realise that until quite a way in.

Given how long you’ve taken to make this record, is democracy in the context of your band overrated?
It can be, especially the older you get and the way people pull in different directions. It can be hard. But I think we’re pretty vindicated in the way we’ve gone about it. We’ve been making records for 10 years or more, and there’s a lot of bands that haven’t lasted that long. We’ve gotten to the point where the Maccabees are the Maccabees. Whether you like us or not, there’s something undeniable about our band. We’ve lasted. Even though sometimes the way we do it is frustrating, I think we’ve made our point. It works.

Was the hardest thing making sure everyone’s voice is heard?
That does become difficult… Being in a band is slightly political, you have to be malleable. We’re different to the way we were in our 20s. The conversations, the intensity of living with people that you know that long is a pretty deep, sentimental thing. The band becomes something that is bigger than everyone. We’re always trying to work out ways that isn’t going to be constricting, that’s going to open the world to everyone in the group in whatever way. It’s a lot of working out [laughs] but I think we got there.

Did you literally sleep there?
No, we didn’t, but I did find Sam [Doyle, drummer] sleeping there one time. Although I think that was more about late night activity; he just happened to be near there at the time. [Laughs]

And the studio used to be owned by the Jesus and Mary Chain?
We learnt that when we moved in about a few years ago. The studio had its carpets torn up and it had just one piano in the corner. And the estate agent – I don’t think he realised what he had. Looking around we realised it had been totally soundproofed. It was, bizarrely, a somewhat functioning studio. After a bit of research, we found out that the piano was used on Jesus and Mary Chain’s Stoned & Dethroned, and a few other things. They kitted the whole place out and, for whatever reason, it had just been left to rot. People didn’t know what it was … That piano was the one we recorded everything for this record on. It’s a nice full circle.

The piano is a real ever-present on this album. Did you write much on the piano this time?
Yeah, we did. We’re not piano players at all, so it was another technique for us to write. When you play things on piano, you don’t really know what you’re doing so anything sounds interesting to you. So you go and record it, and when you transpose it, you realise you’re just playing C and F on the guitar. [Laughs] But because you’re bumbling your way through it open things up in a slightly different way. That informed the writing… We got a proper piano player, Geraint Watkins, to play on “Something Like Happiness”. He’s a really old family friend, who was in the Balham Alligators, but also did session work for Van Morrison and people like that. It was magic.

For those who don’t know London that well, what’s the neighbourhood where your studio is based [Elephant and Castle] like?
We’ve spent the last three years there, and it’s become quite a character on the record. The trilogy of videos that we’re doing for this album are based there, and we’ve made a film about it that documents us making the album, but also the stories around the area – the Charlie Chaplin impersonator, the Peckham Pride basketball team, the gospel churches. It’s a really beautiful story actually … We’ve got this weird climate at the moment under the Conservative government when they’re knocking down council flats and building expensive flats for investment bankers. It’s a concerning time in London. It’s a difficult place to afford to live in. Elephant is this transient, urban area, but we realised how much of a community it is … A lot of this record is a document of it…

There’s a real nocturnal vibe to not only the cover, but the music too. Did you do a lot of recording at night?
I’m glad you said that, because it sounds to us like the evening – like night bus journeys and things like that. We recorded 10 in the morning to one in the morning, so we’d be there all waking hours. We were there in daylight as well, but I think it sounds like night time.