The light through the stained glass of Colin Hay’s Los Angeles home is “dappled. That’s the only way to describe it,” he says. “Outside are these twisted California oaks and beyond that, circling the house are these very, very robust gum trees. They’re like, ‘Get out of the way, mate’,” the Scotsman grunts in flawless Aussie yobbo, “‘I’m comin’ through’.” As a man of poetry, the American citizen with the indelible Australian past lets the metaphor stand for itself as he prepares for another album and tour of the land down under.

Your parents ran a music store in Scotland. How did that inform your future?
My father was a great singer and a great dancer so whatever I got, I got from him. But in a music shop you’re surrounded by guitars and drums and records and pianos… the effect was that I never made a conscious decision to make a career of music. The path was there and I followed it.

What else would you single out in terms of inspiration?
When I was growing up there was the Beatles and then there was everybody else. For me it was mainly because they seemed to create a sound that had something else apart from just the four of them. It was almost otherworldly, almost like there was something divine.

From the Beatles’ doorstep, Australia must have felt like the end of the Earth in 1967.
No. Coming to Melbourne… it wasn’t America, but it was closer than Britain was. Scotland was social entrenchment, catholic/protestant, raining, cold… I came to Australia and friends would have cars! We didn’t even have licenses, you know? The oceans were huge and there was this sense of freedom that I didn’t feel in Scotland.

Was it as exciting musically?
Melbourne had fantastic bands. You’d see Chain and go, “OK, they’re a blues band but they’re definitely an Australian blues band.” Even the Seekers: that sound couldn’t have come from anywhere else. My mother worked at Festival Hall so I’d go see people like José Feliciano, John McLaughlin’s Mahavishnu Orchestra, Frank Zappa, Free…

The creative core of Men At Work was you and guitarist Ron Strykert. Can you share a memory of that partnership blossoming?
I met Ron in a backyard in West Melbourne, sitting there playing a 12-string acoustic guitar. He immediately opened up this creative thing in my brain, chordally and harmonically. We didn’t write that many songs together but he inspired me to write. He would give me tapes he would record at home which were brilliant. When I think about it visually, I was like a tree trunk, rooted down to the earth and he put the foliage and the flowers there. He gave the music beauty.

With hindsight you’ve described Men At Work as “like building a roof without the foundations”. Did it feel tenuous at the time?
We were a powerful unit but that went away reasonably quickly. When we toured the States it was like a monsoon coming through and when the dust settled it was gone. We were a darling of the MTV age but we didn’t have that five or 10 years of building up a really strong live foundation.

How crazy did it get?
The experience is so hard to explain, especially to Australia. People don’t know how massive it was for us, for two or three years there. We were number one in America for four months! So at that particular point in your life, you’re in the brightest light possible, and that doesn’t last and you’re faced with “Now what?” The difficulty is trying not to compete with yourself. You have to let that be what it was; live in the present moment. Otherwise it’s a recipe for insanity.

Your solo albums Looking For Jack and Wayfaring Sons were good records desperately seeking an audience in the late Eighties. Did you consider giving it all away?
No. [Laughs] No, I never thought about doing anything else. When you make records you try to make better records all the time. That’s really why you do it. But I was lucky. I’ve managed to make a living from music ever since Men At Work took off.

On your new album, Fierce Mercy, you reiterate for the record “I’m not a drinking man no more”. Does showbiz make that choice more difficult?
I don’t think the business had much to do with my drinking. As soon as I started to drink I knew I had a problem. It felt chemical. I just knew I was an addict. I think when you play music it does make it more difficult just because there’s so much alcohol abuse around you. It’s not something I’m drawn to any more. I used to go to [AA] meetings but I haven’t for a while. I’ve no desire to drink anymore. 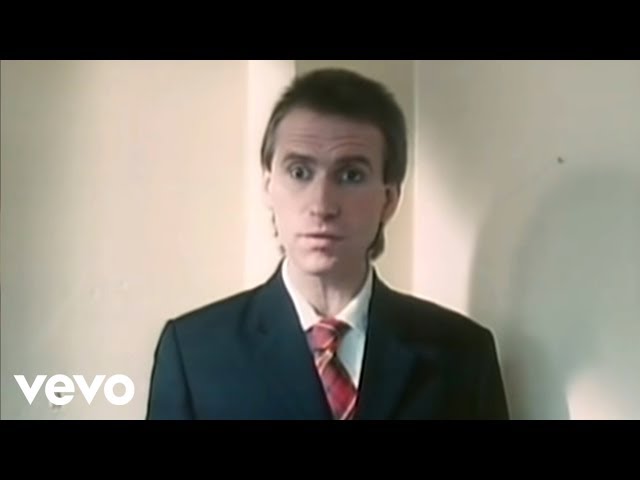 “Down Under” Vs. “Kookaburra”. Is that all behind you?
Mostly, except for the fact that Gregory [Ham] is not with us any more and I think about him every day. He was a beautiful guy and it’s not right that he’s gone. The court case came at the wrong time for him. He would read things in the paper and say, “I don’t want to be remembered for something that I copied.” Two days ago a friend of mine told me there’d been this competition here in America for the greatest saxophone solos and Gregory was at number two [for “Who Can It Be Now?”]. He was being celebrated as the great intuitive musician that he was.

You toured as part of Ringo Starr & His All-Starr Band. What did he teach you?
He affirms what I feel myself about music and about why you do it. There’s something that happens when you play music that doesn’t happen with anything else in your life. He obviously had it in the highest way possible, and he still wants that. He’s just one of those guys who would get on with it. Don’t talk about it, just do it. It’s exciting to be with someone like that, who’s at the top of the food chain. And he loved to play “Who Can It Be Now?”. He really loved it. Wow. Ringo’s playing my songs.

This interview is the latest in our Living Legend series and originally featured in issue #787 (June 2017), available now.