It might not have seemed like it during the champagne-and-cocaine supernova of his Brit-pop Nineties — back when a given night might find him detained by police on a ferry to Amsterdam, tossed out of Abbey Road Studios midsession, or skipping an Oasis gig to go house-shopping — but Liam Gallagher was always thinking long-term. Or at least he was always thinking. Take his habitual onstage pose: arms clasped behind his back, every part of him immobile save for his lips. “I knew for a fact I was gonna live forever,” he says now, having made it to a lean, fiery 45.

He ran about 11 kilometres through Central Park this morning, but he’s still pacing the carpet of a New York hotel room. He’s wearing a zipped-up blue jacket and running shorts, as if his top and bottom halves exist in different climates. “So I thought to myself, ‘When I get to about 80, there ain’t no fucking chance I’m doing fucking dance moves like Mick Jagger.'” He throws his hands behind him and leans forward to an imaginary microphone. “So all I have to do is just fucking stand still. Jagger’s still gotta jump up and down!”

Unlike Jagger, Gallagher doesn’t have his band anymore, and the odds of ever getting it back are not, at the moment, looking great. Oasis blinked out of existence in Paris eight years ago, after a final confrontation between Liam and his brother Noel, the band’s guitarist and songwriter. Noel’s version is that Liam threw a violent tantrum that night; Liam argues that he was provoked (“He set a few booby traps for me, and I walked right into them because I’m passionate and I wear my heart on my sleeve”), that Noel had been secretly planning to leave the band for months or years and that Noel’s accounts of an attempted assault with a guitar are false. The brothers don’t speak to each other, and Liam says that even their mother has given up on making peace between them. “My mum’s done with it,” he says, laughing a little. “She’s like, ‘I don’t fucking give a shit. I’m 70-fucking-5 now! Fuck the kids, I’ve had enough!’ She goes swimming, she does her thing. She’s not interested.”

Liam is in New York to promote his first solo album, As You Were (out now). While Noel was, with rare exceptions, the sole songwriter in Oasis, Liam’s record is a pleasant surprise: a bracing, sometimes wistful collection of unadorned rock tunes (including the excellent single “Wall of Glass”) and a reminder that he’s always been one of rock’s great voices. He sounds more like his hero and “spiritual fucking guide”, John Lennon, than ever. “I do believe he’s here,” notes Gallagher, who stopped by Strawberry Fields for a brief communion during his exercise this morning — and found fans waiting for him there. “I do believe that he’s looking out for me.”

Gallagher is proud of his album, even though he finds performing and recording under his own name “a bit embarrassing”. Still, he gives considerable credit to his co-writers (who include Adele collaborator Greg Kurstin) and is prone to saying stuff like, “I could fucking sing fucking ‘Three Blind Mice’ and ‘Baa Baa Black Sheep’ and it would still sound like Oasis.” He used to pop off to the pub while Noel overdubbed guitar solos on Oasis’ later albums, so he appreciated Kurstin’s speed, which reminded him of the “in and out” process of his band’s first two LPs. And Gallagher isn’t shy about admitting a fact that more mercenary artists might avoid: “I would prefer to be speaking about an Oasis album than the Liam solo album,” he says. “And I know Noel Gallagher would. Because we’re better together. I’m well aware of that, and so is he.” (Noel, who has an album due with his band High Flying Birds, recently indicated to Rolling Stone that he is unready to reciprocate his brother’s sentiments: “I’ve got literally no opinion,” he said.)

In truth, Liam is just happy to be working again. He kept the Oasis momentum going for a few years with Beady Eye, a band that included all of the latter-day members save for Noel, but it fizzled out circa 2013 — around the same time that ­Liam’s marriage exploded in the wake of revelations about a child he’d fathered with a woman in New York. Liam was unmoored, unemployed, without any of the things that had defined his life. He drifted. He drank a lot. “There was no gig,” he says. “I felt like a shadow… I was lost. I’d think, ‘Fuck, how am I going to get out of this one?'” 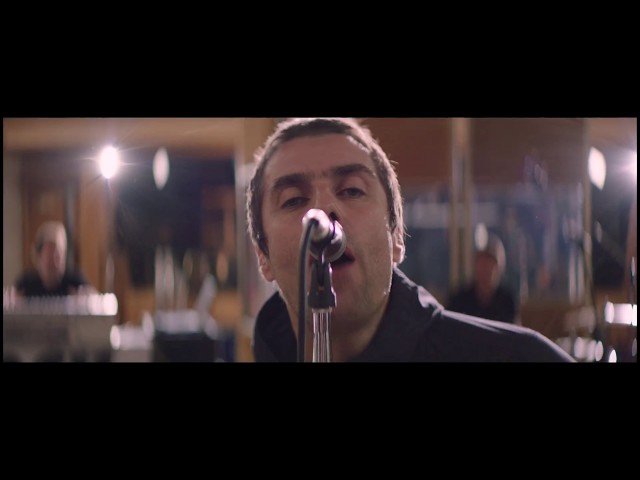 Eventually, he moved to a “nice castle” in Spain, took up running and met his current girlfriend, Debbie Gwyther, who is a constant and calming presence in his life. In all, though, it was “four fucking years of hell, with divorce lawyers and fucking all that bollocks. So I’ve had four years to have a real good think about what I want in life. I’m not chasing success. I’ve got more than enough in life. I’ve got everything. I’ve got more than everything. I just want to get back to making music, you know what I mean? Singing songs, you know what I mean?”

He remains a partisan for and defender of his particular idea of rock & roll, which involves working-class perspectives, loud guitars and periodic Keith Moon-style bad behaviour. “Rock & roll to me is very fucking serious,” he says, reserving a particular ire for the band for whom his brother is currently serving as an opening act:

“U2 are the shittiest rock & roll band in the world. When was the last time you got into any rock & roll antics? You’re not a rock & roll band!” He likes hip-hop (or “hip-‘op”, as he calls it), but only the old stuff — he’s averse to rappers “in skinny jeans… like the Kanye Wests and that designer fucking rap — I can’t have it.” And EDM? “Is that, like, dance music? Like Calvin Harris? Fuck that. Devil’s music, that is.” He’s always loved a good pop hook, though — he discovered his voice as a teenager by singing along to tunes such as Madonna’s “Like a Virgin” on the radio (“I fucking love that one!”).

Post-Oasis British rock had too many “middle-class” bands, he argues. The Gallaghers grew up working-class in Manchester, with an absent dad, and Liam’s class consciousness extends to a particular horror over the recent high-rise fire in London that killed at least 80 people, most of them poor. “A fucking block of flats has just been burned down by you, a bunch of cunts trying to save money,” he says, blaming “rich people” for putting flammable material on the building. “‘Don’t look back in anger’ — you should be fucking angry. It’s OK to be angry, you know what I mean?”

“Noel wants me to just fucking vanish. As if I never even walked the Earth, you know what I mean? Well, I got news for him — I’m fucking back, mate!”

He has calmed down a bit since his wildest days — which, he points out, started before Oasis did. “I was doing fucking pure LSD, magic mushrooms, coke, all sorts of fucking stuff before I even fucking spat in a microphone,” he says. “I’m not a fucking casualty, man. I’m not Pete Doherty… I’ve got a bit of discipline. I’ve never done heroin, never gone really big in on cocaine. We weren’t like fucking Stevie Nicks.”

These days, he says, “I’ll have a good time, but not stupid till six in the morning. A hangover these days is like being caught by the fucking Taliban. It takes me three days to fully come out of it. So I pick my days.”

He has complicated feelings about Noel, seeming to feel genuinely betrayed by what he sees as his brother’s transformation. “That kid’s a fucking twat,” he says. “He’s a prick, he’s turned into the middle class. He’s turned into the establishment. He’s one of them. He’s all fucking, like, Mr. Prim and Proper. The way he does Oasis songs, it’s like someone sucked all the fucking life out of it because he doesn’t want people jumping up and down like the old days.” For his part, Liam is playing songs from Oasis’ catalogue in his solo shows the way they were recorded — he says he didn’t even bother giving his backing bandmates any instructions, figuring they knew the records. And however estranged the two become, he clearly feels every word his brother wrote: “He’s only a vessel in all of it,” he argues. “We’re all vessels. The songs don’t really belong to him. They don’t belong to me.”

On a deeper level, he blames Noel for, in his view, abandoning him and Oasis. “He was going to pull the plug on the band,” he says. “And he knows that I found out about it, and now it’s like he wants me to just fucking vanish. As if I never even walked the Earth, you know what I mean? Well, I got news for him — I’m fucking back, mate! You think you’re going to fucking pull the plug on my band and I’m going to walk quietly? Don’t fucking think so, mate! I’ll let people know until the day I die that he threw me under the bus.”

His face is turning slightly red at this point, and he’s pacing the room again. “They tried to treat me like some kind of fucking drummer or hired hand,” he says. “I’m the fucking face of the band! I’m the voice of the band, and that goes a long fucking way.” He sighs and smiles. “No more questions about Noel. I’ll have a heart attack!”

Even during his toughest times, Liam never became dangerously depressed. He’s baffled and shocked at the suicides of Chris Cornell and Chester Bennington, as he was by Kurt Cobain’s, long ago. “There’s geezers fucking killing the likes of John Lennon,” he says. “Your life’s precious. Life is like a fucking plane, man. There will be turbulence on the way. You gotta truly believe that you’ll reach your fucking final destination, and all will be fucking good.” You know what he means?