On his debut album, Coming Home, Leon Bridges sounded like the second coming of Sam Cooke. During the course of the year, the young singer from Fort Worth, Texas, has staked out his own identity as the new voice of gospel and soul music. He ended his year with a feature on an emotional new Macklemore single, his Saturday Night Live debut and a Grammy nomination for Best R&B Album. To top it all off, Bridges has contributed a gorgeous new ballad, “So Long,” to the soundtrack for the new Will Smith film, Concussion, out February. Bridges recently spoke with Rolling Stone about his new track and the busy year he’s just starting to wrap up.

How did you get involved with Concussion?
The director, Peter [Landesman], had heard my record and reached out to my management about getting me in to do a song for this film. And so we set it up. We were in London at the time so we went and watched the film first and I didn’t really have any direction before getting into the film. I didn’t even know the film was a true story. But yeah, we watched the film and after the film we get on a call with him and he tells us he wants something for the ending credits and so I just felt like the soulful country-folk vibe was perfect for the ending credits.

I didn’t want to write a song that was too literal to the film, so I just emailed a personal story about me going back home and these people back home saying I don’t deserve to be where I’m at because I haven’t been working as long as these other musicians who have been doing it longer. The song is saying that I love where I’m from but maybe I need to leave because I don’t feel the love anymore. 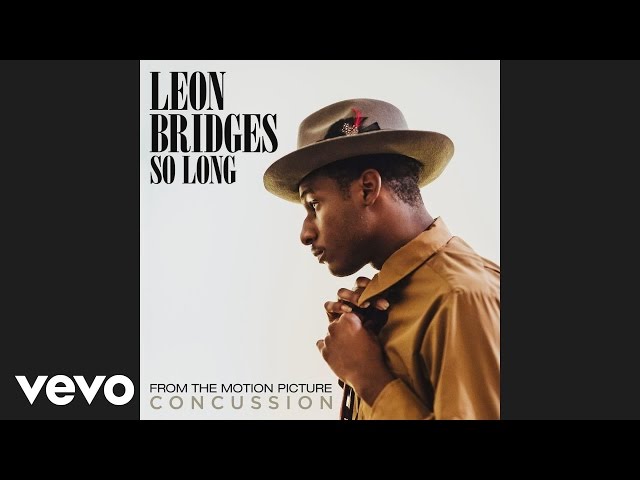 It’s interesting that you had such a negative reaction from people back home to your success, especially given how well received your debut album had been from everyone else. How did you respond to that kind of negativity?
When I’m getting hurt, I try to have thick skin and not worry about it. I know my motive, but the people outside don’t know my motives. It hurt for a second, but I kept moving on after that. I just try to remember that what they say isn’t going to hurt my career. It’s not going to stop me from making art.

Have you felt similar feelings in the music world as well, especially as a soul singer?
Yeah, a little bit. What I do is being received very well, but there’s people out there who automatically shut down a cat because he’s doing retro music, quote-unquote “retro” music. So there are those people out there, the people who can’t listen to a song and say, “Does this sound good or not?” I definitely feel that within the music a little bit, but there are more positive things than bad.

How did you connect those feelings that you had and the song to the film?
There’s some common threads with my story and Dr. Bennet [Omalu]. Just a little bit. He’s the outsider and trying to stand for truth and being shut down because of it. Of course, it’s two totally different stories, with me feeling kind of like an outsider in my hometown because people expect me to have a big head.

What was it like to make your debut on Saturday Night Live this month?
That was the most crazy thing that’s happened to me. When I was playing at the open mics, I never saw any of this happening before. I wanted the world to hear my music, but of course, I separated being famous from that. I didn’t really want to do that, but [SNL] was a great experience. The whole show in its entirety was very solid. The sketches were funny and well put together. I was nervous, and it was hard for me to be excited because I wanted to really do a good job. It was such a great feeling.

“That was the most crazy thing that’s happened to me,” says Bridges of his ‘SNL’ appearance. Dana Edelson/NBC

Soon after that, you found out about your Grammy nomination for Best R&B Album. What was your initial reaction when you received the news?
My guitar player, he told me. We were in Bloomington, Indiana, on our way to Austin, and my guitar player was like, “You know you got the R&B Album category.” And I thought he was lying at first. I did my own little celebration dance for a little while after hearing that. It was pretty crazy. The fact that the Grammys people would think that my record would be worthy for an R&B category is crazy to me.

Can you tell me a little bit about the powerful song you and Macklemore debuted at the AMAs, “Kevin”? How did that come to be?
Macklemore is one of the nicest, most genuine people that I’ve met, as far as musicians. [His team] flew me out to Seattle, and I didn’t know what the vibe was. Basically, the song is saying that we can’t put a band-aid on certain medical problems. I don’t know too much about his friend, but it’s an honor to have been a part of it. A lot of my friends, they were a little skeptical of the fact that I would do a song with him, but I think it’s great that I didn’t have to compromise [myself].

Are you interested in doing more features or working with other artists? Any dream collaborators?
I have a list! It’s not really big, but I want to do a song with Gary Clark Jr. I also want to do a song with Kendrick Lamar. That’d be great. But I don’t want to be the guy that’s just doing hooks for everything. I definitely want to work with other artists but not too many collaborations.

With everything that’s happened with your career this year, and in the past month alone, what’s been your personal favourite?
I guess I’ll say the biggest thing for me was when I was, in the beginning, able to pay my mother’s debt off. That’s something that we all want to do as kids for our parents, so that was number one on my list that I wanted to do. Now I can quit [laughs].