Reasonable people can disagree on whether (and how heavily) Led Zeppelin‘s “Stairway to Heaven” filches from Spirit’s “Taurus” – that’s why there’s a court case in progress. But the reason many people aren’t extending Led Zeppelin the benefit of the doubt on “Stairway” is because they have an extensive history of swiping songs from other people and giving credit only under duress.

Plenty of other bands in the 1960s played fast and loose with their songwriting credits, figuring they wouldn’t get caught: The Rolling Stones recorded “Love in Vain” but didn’t credit Robert Johnson as the song’s author. The Beatles swiped elements from musicians ranging from Chuck Berry to Pee Wee Crayton, but were usually careful to disguise the source. Led Zeppelin, however, took the practice further than most of their peers.

Part of the band’s collective genius was that they could quote a favourite old song, and then adrenalise it and turn it into something new. John Bonham, for example, transformed the drum beat from Little Richard’s “Keep a Knockin'” into the motor behind “Rock & Roll.” For better and worse, beats aren’t protected by copyright, while melodies and lyrics are – which is why so many songwriters have sued the band. As with most aspects of their career, Led Zeppelin seemed to operate on the principle that it was better to ask for forgiveness than permission.

There are exceptions: Willie Dixon was appropriately credited as the author of “You Shook Me” and “I Can’t Quit You Baby” on the band’s debut album; when they covered Memphis Minnie’s 1929 track “When the Levee Breaks” on their fourth album, the members of Led Zeppelin granted themselves songwriting credits, but at least they also included Memphis Minnie.

Led Zeppelin took “some liberties, I must say,” Page admitted. “As far as my end of it goes, I always tried to bring something fresh to anything that I used,” he claimed. He put the blame on Plant: “Robert was supposed to change the lyrics, and he didn’t always do that, which is what brought on most of the grief.”

Decide for yourself who’s to blame: here are 10 cases when the band, at least initially, didn’t give other songwriters their due.

This song, more than any other track on Led Zeppelin’s debut album, established their epic sweep. It was written by American folk singer Anne Bredon in the 1950s: Jimmy Page and Robert Plant, however, were fans of Joan Baez and knew the track from her 1962 album Joan Baez in Concert, Part 1. (Page has said that he learned the song “in the days of sitting in the darkness, playing my six-string behind Marianne Faithfull.”) Led Zeppelin credited the song as traditional (and gave arrangement credit to Page); in fairness to them, Baez’s album also mistakenly listed the song as traditional. Bredon was apparently unaware that Led Zeppelin had covered her song: When she found out in the Eighties, she agreed to split the royalties with the band, and is now listed as co-author.

Page also did this song with the Yardbirds, but the origin is actually singer-songwriter Jake Holmes, who included it on his 1967 album “The Above Ground Sound” of Jake Holmes. Page has claimed to be unaware of Holmes’ song, but the title and much of the music are unmistakably the same (Page rewrote most of the lyrics). Page apparently heard the song when Holmes opened for the Yardbirds at a Greenwich Village gig. For decades, Holmes declined to sue for authorship; as he put it, “I said, ‘What the hell, let him have it.'” In 2010, however, Holmes finally filed suit; the case was settled out of court and the 2012 Zeppelin live album Celebration Day credits the song as written by “Page; inspired by Jake Holmes.” 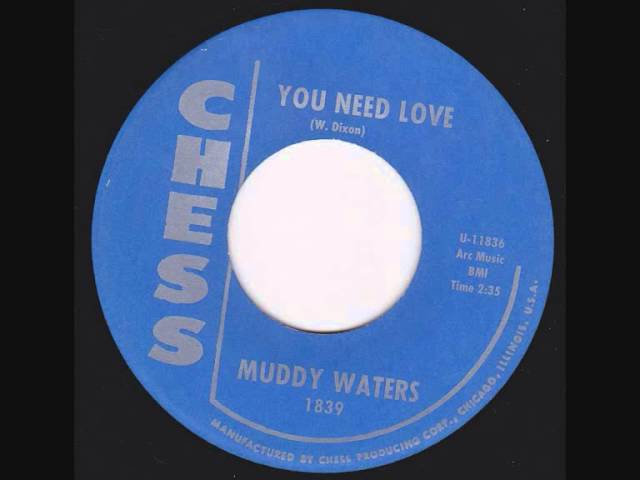 When it came time for Plant to lay down vocals over Page’s guitar riff – one of the first times he ever contributed lyrics to a Zeppelin track–he quoted from “You Need Love,” a song written by Willie Dixon and sung by Muddy Waters in 1962. (Dixon sued in 1985, settled out of court, and is now listed as co-writer.) As Plant later described it, “I just thought, ‘Well, what am I going to sing?’ That was it, a nick. Now happily paid for. At the time, there was a lot of conversation about what to do. It was decided that it was so far away in time and influence that … Well, you only get caught when you’re successful. That’s the game.” It’s worth noting, however, that only seven years separate “You Need Love” and “Whole Lotta Love.” 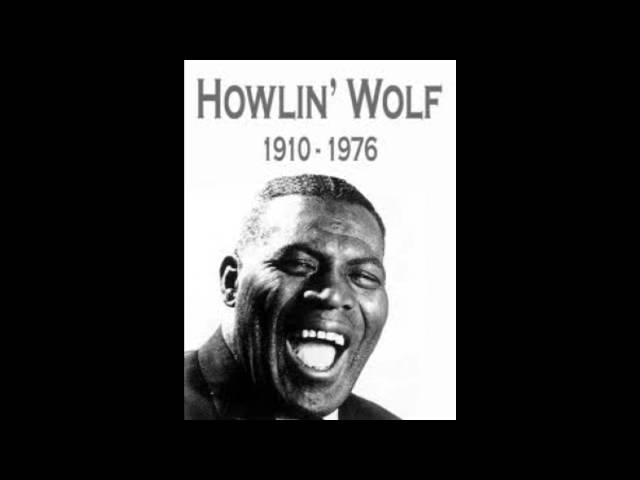 While the famous lemon-squeezing lyric dates back to Robert Johnson’s “Traveling Riverside Blues” (also covered by Zeppelin), this song owes more to Howlin’ Wolf’s “Killing Floor,” which the band had been playing live. A lawsuit soon ensued; as a result, on some pressings of Led Zeppelin II, the track is actually listed as “Killing Floor.” Ultimately, it reverted to the citrus title, and the band now credits Chester Burnett (Howlin’ Wolf’s real name) as co-author. 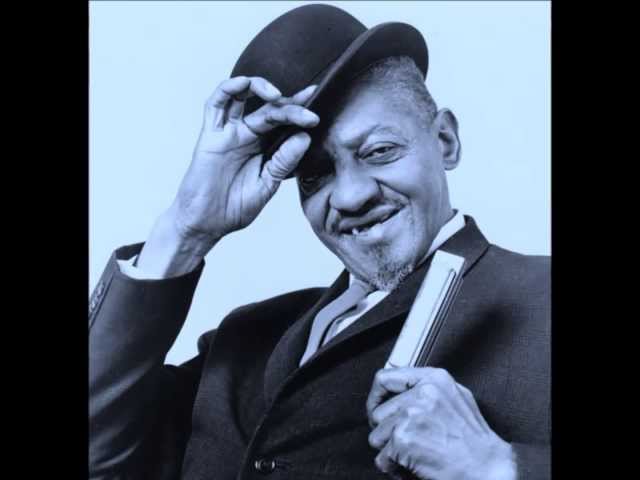 The closing track on Led Zeppelin II is a Page/Plant composition bookended by quiet bluesy sections. Those bookends, fairly blatantly, are a cover of “Bring It on Home,” the Sonny Boy Williamson blues song written by Zep favourite Willie Dixon. Page complained, “The thing with ‘Bring It on Home,’ Christ, there’s only a tiny bit taken from Sonny Boy Williamson’s version and we threw that in as a tribute to him. People say, ‘Oh, “Bring It on Home” is stolen.’ Well, there’s only a little bit in the song that relates to anything that had gone before it.” However, those bookends are more than a “little bit” of the track: they form half its running time. On the live album How the West Was Won, released in 2003, the band designated their middle composition as “Bring It on Back” and gave appropriate credit to Dixon.

Another track with uncredited elements on loan from another song: In this case, some of the lyrics came from “Never,” released just two years earlier by one of Plant’s favourite bands, Moby Grape: “Working from 11 to 7 every night/Ought to make life a drag” became “Working from 7 to 11 every night/It really makes life a drag.” 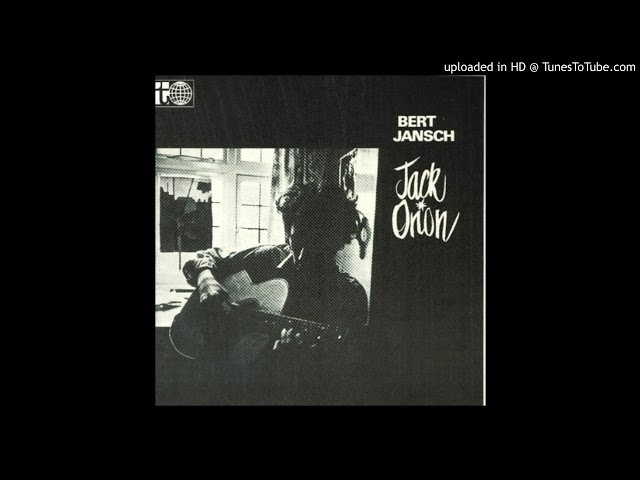 Jimmy Page often cited Scottish folk musician Bert Jansch as an influence. So much so that two Zeppelin tracks bear strong similarities to recordings Jansch made: “Black Mountain Side” borrows heavily from “Down by Blackwaterside,” while “Bron-Y-Aur Stomp” is clearly a reworking of Jansch’s “The Waggoner’s Lad.” Jansch never sued: Although Page gave himself writing credits, the original material is based on folk melodies. But one of Jansch’s bandmates in Pentangle, Jacqui McShee complained, “It’s a very rude thing to do. Pinch somebody else’s thing and credit it to yourself.”

The last track on Led Zeppelin III, named in tribute to the band’s chum Roy Harper, throws together bits and pieces of various blues songs, most prominently Bukka White’s “Shake ‘Em on Down,” released in 1937. The band listed the author as “Traditional” and the arrangement as being by “Charles Obscure” (a pseudonym for Page).

This 11-minute Physical Graffiti track is credited to Jimmy Page, Robert Plant, John Paul Jones and John Bonham, but it’s clearly the traditional gospel song that was recorded by many other people, starting with Blind Willie Johnson in 1927 (his version was called “Jesus Make Up My Dying Bed”) and including Bob Dylan in 1962 (he called it “In My Time of Dyin'” and made no claim on authorship). No lawsuit resulted: The song is in the public domain.

This excellent cover of Ritchie Valens’ song “Ooh My Head” was originally intended for Zeppelin’s fourth album with a title of “Sloppy Drunk.” Eventually released on Physical Graffiti, the song was credited to the four members of Led Zeppelin, plus titular pianist Ian Stewart, and “Mrs. Valens,” in an effort to get some royalties directly to the mother of the original singer, who had died in a 1959 plane crash. “Robert did lean on that lyric a bit,” Page conceded. “So what happens? They try to sue us for all the song!” he said indignantly, as if the band hadn’t borrowed the song’s melody wholesale. “We could not believe it.”