“It’s a bit of a quiet area, down on the water”, Scott Barrow says, chuckling to himself, “I’m still getting used to it.” Down a crackling phone line “about two hours down the south” of his beloved Campbelltown, Barrow — better known under his rap synonym Kerser — explains his recent migration away from the south-west Sydney suburb that has been a significant subject-focus across his past four albums.

While this ‘sea change’ is mostly a response to his own rising local celebrity status (“I had, no exaggeration, about 20-30 people knocking on my door a day asking for a photo”, he explains) it’s a move that mirrors Barrow’s own musical development as, on his fifth album, Next Step, he pursues the next phase of his life.

“[Next Step] is kind of where I want to be with my music right now”, he explains, adding that he’s “writing pretty deep stuff.”

That ‘deep stuff’ mostly involves recollections of his own troubled past, primarily focused on his drug abuse. While occasionally serving simply as timeline aids (‘Red Mitsubishis’), for the most part these nostalgic narratives are partnered alongside the complete weight of consequence, with Kerser recalling tales of teenage addiction (“fifteen years old, [with] cold sweats ’cause I want one”), as well as documenting his slow crawl towards harder drugs, including the time he “touched ice”.

While on earlier records these same drug references were utilised for imagery alone (in his own words: “explaining parties”), Next Step preaches more from a ‘learn from my mistakes’ perspective.

“I’m just explaining my past and at the same time, in my lyrics I’m telling people I don’t advise it. I’m lucky to get out of where I was. You don’t wanna go down that road.”

On Next Step‘s lead single, “Still Haven’t Changed”, Kerser takes a far more critical view of his past lyrical content, a time when he was that “promoting drugs in songs like a full blown fuckwit”. Yet, the final resolution remains the same throughout, our narrator emerging as the hero, a “victim of the C-town”, who overcame the stacked odds. Even amidst the dick-swinging bravado of “Only Rap You Need”, alongside descriptions of wiping his ass with rival rapper’s album covers and “still [being] high with your girl”, he manages to sneak in more personal recollections, closing out the first stanza with the line: “ten years ago I would’ve grabbed your fucking purse and run.” 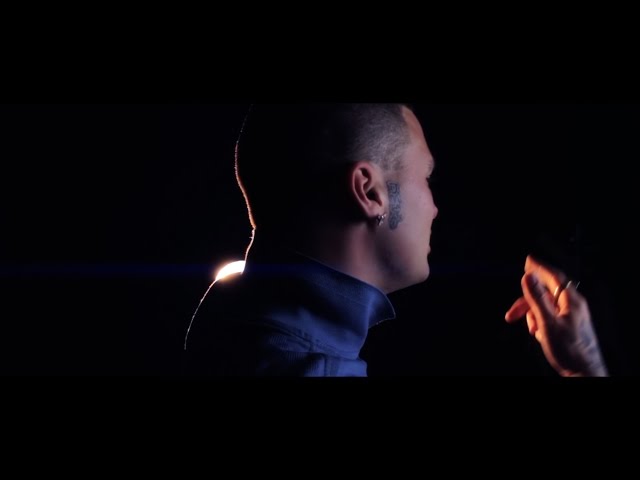 With one eye continually on the past — often recalled with self-depreciating bluntness — Kerser embraces this underdog defiance throughout Next Step. He frequently backhand compliments himself for his ability to not only avoid criminal temptations and the abyss of addiction, but also his prowess in moulding these stories of struggle into a career. While, at times during our chat he plays down his initial hardships (“there’s good and bad everywhere”), it’s clear his hometown now serves as a motivator as much as a muse.

“If you’re from Campbelltown, you kind of get looked down on. But I think the fact that I embraced it and I represent it, that’s the reason the community rallied behind me.”

And it’s support that has transcended the borders of south-west Sydney. Since the release of his debut, The Nebulizer, in 2011, Kerser has slowly built a staunchly loyal following, despite a complete lack of commercial support. Empowerment from the underground hip-hop community has even led to Kerser competing on the pop charts — his third album S.C.O.T famously knocked Katy Perry from the top of the iTunes charts in 2013 — something he credits almost entirely to his own social media self-promotion.

“I think you don’t really need radio play these days if you’ve got a strong buzz on say YouTube or Facebook or Instagram to lead people where you want them to go”, Kerser explains, before adding — with a fresh jab in the direction of his old nemesis, fellow Australian rapper, 360 — that it’s the associated creative freedom that he finds most beneficial: “I don’t have to make songs like ‘Boys Like You'”.

While his beef with 360 has cooled off in the years since their infamous unjudged battle in 2011, Kerser reignites the flames on Next Step. Calling out the Melbourne MC — as well as fellow rapper, Allday, and television presenter Tracy Grimshaw — on “Taken Over The Scene”, where alongside Jay Uf, he unloads a series of purposely offensive profanities.

Barrow remains unrepentant of this tact, simply explaining that when he’s “in the booth, [he’s] enjoying myself, [he’s] gonna say what’s on [his] mind”.

An approach he’s also been forced to defend to a wider audience, last year appearing on commercial television program, Studio 10, as part of a segment discussing the lyrical content of rap songs. Amidst his counter-points against the complaints of the hosting panel was an explanation that rap music is frequently incorrectly interpreted as literal documentation, rather than merely an extension of a particular character’s persona.

Kerser is quick to point out that although flirting with this line between fact and fiction is a large part of his own lyrical content, the closing stanza of “Taken Over The Scene”, which recalls the time he urinated in another rapper’s beer at a festival, is 100% true.

“Someone’s beer might have looked a different colour”, he says with an snicker.

While Next Step is dominated by its memory lane lyrical meanderings, it also features a significant production transition, being the first album in which Kerser has worked exclusively with online music licensing company Sinima Beats. A move away from long-time production partner Nebs, which the rapper says is merely another part of his creative growth, they’d simply “covered everything [they] could do with each other”.

There are few better partnerships of this new polished beats backing on Next Step than the reflective “Always Been Here For You”. Featuring a re-worked version of the hook from Roxette’s “Listen to Your Heart”, the track would be a clear contender for a radio-focused single, if it wasn’t for Kerser’s insistent proclamations that he doesn’t need that kind of support. A view that even carries over onto Next Step, with his troublesome wit displayed with full cocksure impudence on “Zippin’ Them Up”, as he calls out national radio station Triple J for not only their “blacklisting” of his previous singles, but also their lazy comparison between his own newly-established ABK Records and the notorious ’90s California gangster rap label, Death Row, even throwing in a sample of the station’s iconic newsbreak theme for good measure.

“I’m lucky to get out of where I was. You don’t wanna go down that road.”

Setting up his new ABK imprint — something he predicted a few years ago on a promo track: “I’ll bring the future up, resting on my wingspan, in five years I’ll sign rappers to ABK” — is a move he views as simply another element of his current career transition.

“It’s kind of always been a goal of mine. I get to give rappers an opportunity to come up, who may not get that opportunity”, he says, before stressing that aside from the ability to now reach further and wider, creatively “nothing on my end is gonna change, I don’t have to change the lyrics or watch what I say”.

It’s a freedom that aptly suits Kerser’s unwavering confidence, both on and off record. Of course, not to be also overlooked as a source of his success, is the long-standing Australian tradition of backing the underdog, which serves as a significant part of his narratives.

But, evident from speaking to Barrow, is that he rarely second-guesses his own statements. Throughout Next Step there’s a consistently unfiltered exhibition of reputability and a ‘take me as I am’ vulnerability, a position that’s rife for frequent contradictory callouts. An approach likely inherited from one of his idols, Tupac Shakur, who was quoted as much in the press as he was behind the mic. And, much like Shakur, Barrow often speaks in large-scale terms. Although previously crediting himself as the “sickest cunt out there”, on Next Step, and throughout our conversation, it now appears as though he has a far more articulate grasp on what has earned him his own unique place in the Australian hip-hop scene — honesty.

“I think I’ve generated a new sound of Australian hip-hop. I’ve touched on subjects that no other rappers in Australia have touched on. I’ve really opened up about my life.”