Last Friday, pop superstar Justin Timberlake returned with “Filthy,” a strutting single that’s a surprising pivot from the carefree, innocuous Trolls tune “Can’t Stop the Feeling!” In contrast, “Filthy” is full of grating synths and shrill screams. There’s a pair of stadium-funk breakdowns, all walloping drum fills and histrionic guitars. Although Timberlake has relied heavily on falsetto vocal displays in the past, this time he keeps his voice in the middle of mix, so the singer and the music are equal partners.

The singer co-produced the track with Timbaland and Danja, the same two beatmakers who oversaw his 2006 tour de force, FutureSex/LoveSounds. Danja spoke with Rolling Stone about the sessions for Timberlake’s upcoming Man of the Woods and the process behind “Filthy.”

Were there a lot of conversations about where you wanted this record to go?
There wasn’t much talk, wasn’t much game-planning, wasn’t a big huddle. By the time I got there, he already had a direction. It was just me falling into what he already had in motion.

In the trailer for the album, he talks a lot about the album reflecting his Tennessee roots. Is that something you noticed in the session?
I did – mostly from him, his energy, how he looked. He wasn’t in the studio trying to be dressed up in suits, pretty-boy Justin. He was rugged like how the trailer looks. That was the energy.

Did you feel that was a different energy compared to the FutureSex/LoveSounds sessions?
Definitely. But it all comes from him… Obviously he’s in a way different place in his life than where he was at that time. It’s only right that the music reflects that.

Who was in the studio with you during the sessions for the new record?
It was inspiring because you had myself and Timbaland in one room, you had Chad [Hugo] and Pharrell [of the Neptunes] in another room, you had Rob Knox and Eric Hudson in another room. You have all these duos of great producers around, and obviously for me, I’m a competitive person – it’s going to create a competitive spirit. If I know they’re in there working, I’m gonna make sure that we’re over here doing the most phenomenal thing that we can come up with. Justin was bouncing around from room to room writing and recording and vibing with everybody.

How did “Filthy” start?
Me and Timbaland had a groove going. Justin poked his head in and he was like, “What’s that?” He would rock a little bit; you could tell he was writing a little bit. Then he would go to another room and work on other stuff. That’s the way he works – he’s always working even when he looks like he’s not, always writing even when he looks like he’s not. Then he’ll come into the booth and blurt the whole song out without you even knowing he had it.

Did you have both the grating electronic part and the live-sounding bassline from the beginning?
A lot of times I just throw sounds together to see what works. I knew I wanted a very strong groove, and a lot of that comes with the bassline, and immediately I wanted the groove to lock – once the beat drops, I want that groove to lock you in. The [sings electronic-sounding part] was designed to move a certain way. The live bassline on top of it gives a different layer of something familiar. You can’t run away from that bassline. That makes you walk a certain way, talk a certain way. And that’s kind of what it did – the bassline helped make [Justin] come who he became on “Filthy.” 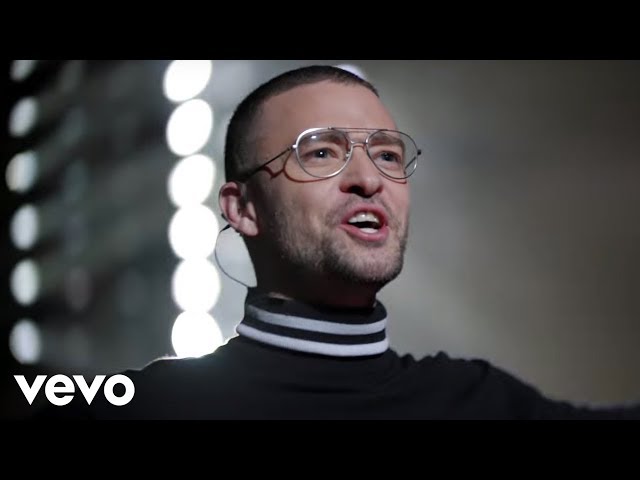 The breakdowns in there with screaming guitars and drum fills are almost out of a Mint Condition song.
The breakdown was all [Timberlake]. He came back in the room after having laid a verse or something. He was like, “Can you start the track like this?” And he sang a melody along with doing a body movement. I watched that, looked at how he was moving, heard the melody and started working on that intro and making it as big as possible. He’s pretty much a producer. He’s very involved in the orchestration of the music. And that definitely was his idea.

Right now everything on radio is full of hi-hats – you didn’t feel like you had to put some on this record?
Number One, there’s enough of that going on already. Number Two, the track didn’t call for that. Even if I tried to do it – I’m not gonna say I didn’t attempt it – it doesn’t feel right. It dates it, puts it into a place of what’s happening right now. That’s not where you want to be.

“Say Something” is the record with Chris Stapleton?
I believe so.

He’s a country singer. Is that a different lane for you?
I’ve been known to be versatile. I’m a musician; I can play and fit anywhere. But I wouldn’t say that’s a country record.

This is the first time since Justified that Timberlake has really worked with multiple distinct production units on an album. How does your stuff blend with the Neptunes stuff and Eric Hudson and Rob Knox’s?
You’ve got the common thread, which is Justin. He’s gonna make it all blend even if the music sounds different. We all played a role in the world that he was creating. You’re not gonna come to us to get the same thing that Pharrell’s gonna do. And you’re not gonna go to Pharrell to get what we do. We do what we do, and he ties it all in.