The French duo Justice broke out a decade ago by revelling in the possibilities of abrasive electronic production, but you won’t find much of that on the pair’s new third full-length, Woman. “You cannot do two first records,” Xavier de Rosnay says. “When you’re 20, and you just discover what it is to be in the studio, there’s very raw energy that’s hard to simulate. It’s like being 55 and pretending to be a punk.” “And also we’ve done it [already],” De Rosnay’s musical partner Gaspard Augé adds. “So we move on.”

The two are sitting under a cloudless sky on a penthouse terrace in midtown Manhattan. Augé, partially obscured behind a moustache and aviators, is decked out in New York gear – shiny Giants jacket, Billy Joel concert T-shirt. He leaves most of the talking to De Rosnay, who frequently brushes dark, grey-flecked hair from his eyes. Both men smoke cigarettes.

Though Justice’s first two albums were scuzzy on the outside, that only partially concealed the duo’s enthusiasm for accessibility. Club-friendly fare like 2007’s “D.A.N.C.E.,” Justice’s biggest hit in the U.S., nabbed listeners who didn’t spend time investigating the wide world of dance singles, while the harsher aspects of “Waters of Nazareth” tantalised those who were unlikely to venture into more openly aggressive musical spaces, like the wing of electronic music that would soon skyrocket behind acts like Skrillex.

“This is the common point with all the musicians we like,” De Rosnay says. “They take something, bring it somewhere else, and open a new audience to that.” He cites the French producer Gesaffalstein as a good example: he took “techno music that only interested nerds, very harsh techno, and found a way to make it sexy and acceptable and appealing to people who didn’t listen to that.”

De Rosnay and Augé crossed the Atlantic at the vanguard of a new group of French acts that were finding an American audience. Following Justice’s three Grammy nominations at the 2008 ceremony – including one for “D.A.N.C.E.” and another for their debut, † – and a win in 2009 for remixing MGMT’s “Electric Feel,” Phoenix took home a Grammy in 2010, and M83 was nominated at the 2013 awards. Gesaffalstein went on to produce a pair of songs on Kanye West’s Yeezus, while Sebastian, who has released music on the same label as Justice, Ed Banger Records, is credited this year on songs by Frank Ocean. 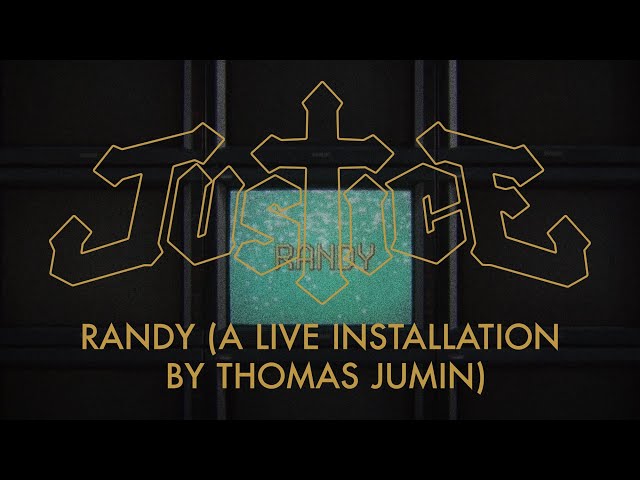 Justice cede most of the credit for this wave to their famous predecessors: “Without Daft Punk and Air, I’m not sure anyone would have been interested in French music,” De Rosnay says. “Before those guys, apart if you were Charles Aznavour or Serge Gainsbourg, French music equalled corny.” But the rugged, unkempt sound of † connected with those who might have resisted Daft Punk’s grooves or Air’s plush suites, possibly making space for Phoenix’s interlocking guitars and Gesaffalstein’s jarring beats. “This main door was open a bit,” De Rosnay allows. “But maybe we opened some small doors.”

Bands that start out rough around the edges often mellow with time, and in a world where gnarled, overheated music can be found in the mainstream – Yeezus and a handful of Skrillex singles are certified platinum – it’s inevitable that a band known for bringing the fuzz would clean up their act. Soothing, highly produced pop music was always in their DNA: The group referred to “D.A.N.C.E.” as their homage to Michael Jackson. De Rosnay notes that the pair likes to relax by listening to Wings songs, and he calls the Beach Boys “maybe our favorite band.”

The specter of “D.A.N.C.E.” is unavoidable in the traces of disco on Woman. De Rosnay suggests that Justice arrived at this form by accident – they actually had vague notions of gospel in mind when they started recording. “We never imagined when we made [‘Safe and Sound’ and ‘Alakazam!’] that they would make people dance, or that they would sound that big in a club,” he says.

Clubs are for the kids, anyway. “To be relevant in that scene, you have to be young and understand and embrace that,” De Rosnay continues. “Every year there are new people, like 18 years old, who make this amazing music because it has their energy and sounds like nothing else that has been made before – even in the EDM American scene that most people think it’s cool to hate. It would be so inappropriate for us to be like, ‘Let’s make music for the 20-year-olds.'”

“We don’t like going into the mathematics of music.”

But despite their years performing, Justice continue to search for a youthful sense of discovery – a version of the innocence that characterizes a first record. Before starting a new album, De Rosnay explains, Justice attempt “to forget what we know, or what we think we know.” And they studiously avoid studying the theory behind their craft. “We don’t like going into the mathematics of music,” Augé asserts. “It’s taking away all the magic.”

This instinct-over-technique approach is exemplified by “Love S.O.S.,” which De Rosnay calls his favorite track on Woman. The duo was in the studio with the singer Romuald – who has previously lent vocals to French house luminary Alan Braxe’s “In Love With You” – working on another track when he improvised two lines: “There’s a love S.O.S./There’s a love emergency.”

“We froze,” De Rosnay recalls, “and made the song very quickly around it.” The percussion evokes Prince’s classic drum-machine sound; the melody is like a broken air-raid siren. “For one moment we were thinking, ‘Are the lyrics cool, or is it maybe a bit too simple?'” De Rosnay says. “Is it corny?”

“This is one of the things we really improved on this album,” he adds. “Not to try to be too smart – if things feel good, we should just do them.” They’re not pretending to be 20, but they still know how to give in to their impulses.