Two of the guitars belonged to Hendrix, including a favored left-handed Fender Stratocaster that the musician kept and played during his stints at New York. The guitar has an Olympic White finish, alder body, and maple neck, while its serial number indicates it was likely made in 1969. That guitar is expected to fetch between $300,000 and $500,000.

The other Hendrix guitar up for sale is a late-Sixties William C. Stahl Style 8 acoustic guitar made by the Larson Brothers, which is expected to sell for between $200,000 and $500,000. The lot also comes with an old copy of Life Magazine, dated October 3rd, 1969, that features a photo of Hendrix holding the Stahl Style 8 guitar, plus a handwritten letter from Jimi Hendrix Experience bassist Noel Redding confirming the guitar was owned by Hendrix and is the same one featured in the Life snapshot.

Julien’s is also set to sell Marley’s rare 1975 Ovation 1612-4 Custom Balladeer acoustic-electric guitar. The instrument boasts a natural spruce top and a shallow back, with ebony fingerboard and diamond inlays. It’s expected to sell between $80,000 and $100,000.

Along with these three guitars, the Icons and Idols sale already features an array of instruments and memorabilia from a broad mix of artists. Other highlights include Eddie Van Halen’s custom-designed 2004 EVH Charvel Art Series guitar, as well as another guitar Van Halen built with his guitar tech; Kurt Cobain’s smashed Fender Stratocaster from the 1994 In Utero tour; and Michael Jackson’s 1984 Victory tour glove. 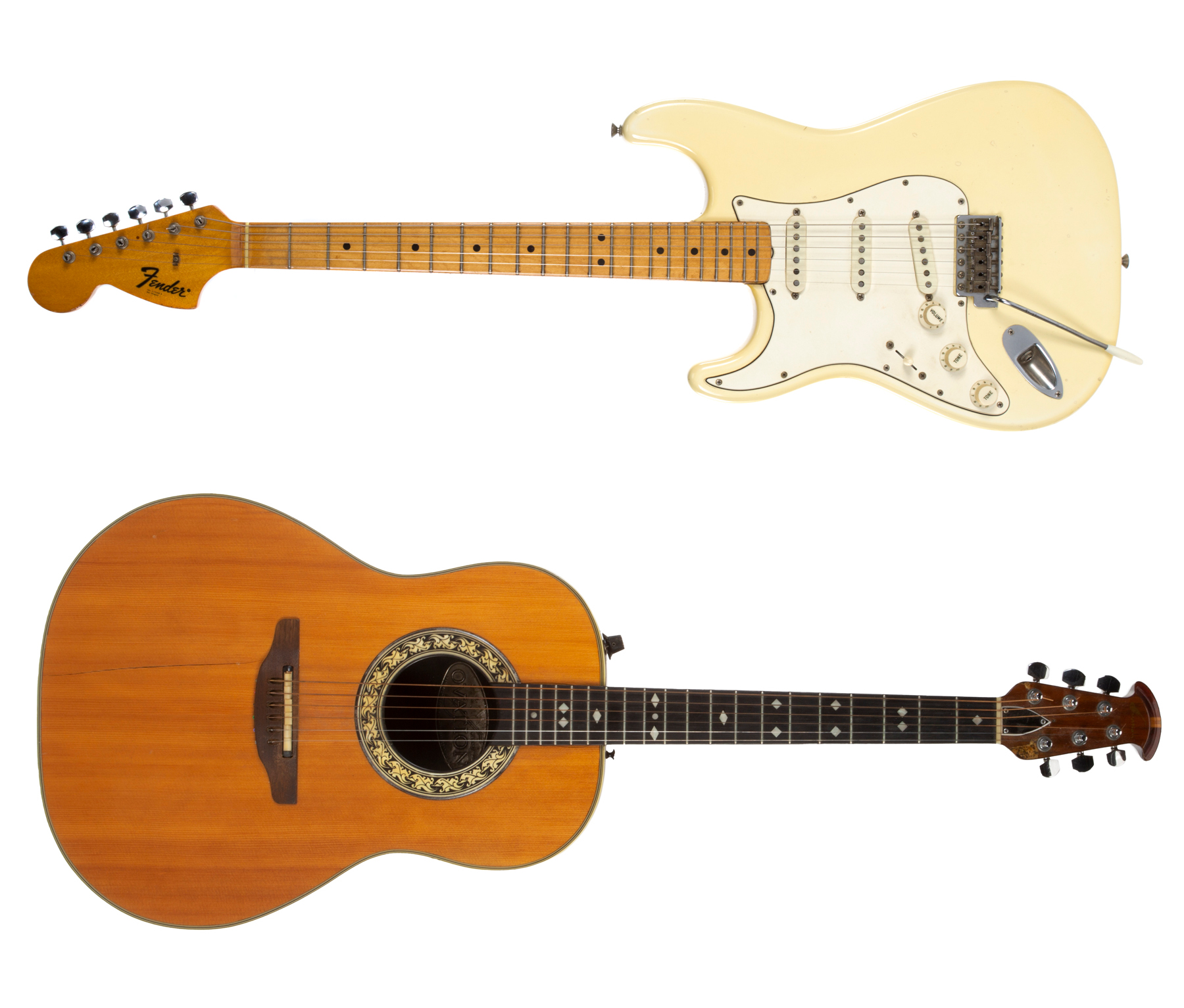