At just 22-years old, Jake Bugg has the career of an old soul. Growing up on a council estate in Nottingham, Bugg began writing tunes at 14, was selected by the BBC to perform at Glastonbury at 17, and released his first album, Jake Bugg, at 18. It was a smash, debuting at No. 1 on the UK album charts and unearthing a legion of fans attuned to Bugg’s scrappy vein of acoustic blues. Follow-up, 2013’s Shangri La, saw him widening scope, working with Rick Rubin to project lashings of soul and rock into the Bugg orbit.

Bugg’s third album, On My One, arrives at a time of scrutiny and change for the singer. He’s successful. He’s rich. Hell, he even does a bit of modelling on the side. What hasn’t been on full display is his talents as a songwriter. On My One is Bugg’s first album as sole-songwriter, and with the exception of three tracks recorded with producer Jacknife Lee, Bugg also self-produced it.

Rolling Stone caught up with Bugg upon on the release of On My One to talk switching up his sound, backing himself, and how he accidentally ended up rapping.

“Gimme The Love” sounds completely different from your previous music. Was it a surprise to stumble upon that?
I was working and writing in a different way. I made it back in Nottingham, in an old little studio where I first started before I got signed. I started with a drumbeat and wrote over the top of that. I hadn’t really worked that way before and it was cool to have something different, a bit upbeat and rockier.

But I think on this record there’s still songs that hark back to the first and second album. I was conscious that I didn’t want to scare off my fans I had before. Hopefully pick up some new ones on the way.

Did you know you wanted to mix things up on the third record?
Yeah absolutely. I think every record things should be mixed up a bit. The next record I make won’t be like this one now. I just want to try different things. I don’t really sit down and think, ‘Oh I want a song like this.’ If I do that it usually turns out bad. I just pick up whatever instruments are around and see what happens. That’s the fun part, not knowing what you’re going to come up with.

Who did you turn to for help on this record?
A couple people. Jacknife Lee did a few songs on the record, which is cool because it gives it a [new] dynamic. I asked Rick Rubin what he thought of some of the songs. Mike D from the Beastie Boys, he was really cool. James Gladstone who played with Bill Withers, one of my favourite drummers. I asked all these cool guys I’d met on this journey. There were a few mental challenges where I didn’t know if the record was gonna come together, or at some point [wondering if] the songs were good enough. And those guys helped me through it.

There’s been chat about you sharing songwriting credits on previous records and the idea that somehow that doesn’t make you a real songwriter. Does that become a bit of motivation to show people what you can do?
Not really. I just wanted to write this record on my own, for my own benefit. It’s for me. Like, if I’m not going to do it now then when am I? I don’t feel the need like I have to prove to anyone. You can like it or you don’t have to. It’s up to you I don’t mind.

You rap on this record.
It was a happy accident. I was hanging out with Mike D and he inspired “Ain’t No Rhyme” – which is the kind of rappy one – and “Gimme The Love”, just by hanging out with him and listening to different types of music. But I’m no rapper man. I’m fucking awful. I just did [“Ain’t No Rhyme”] hoping someone else would do a rap over it but I didn’t have time to find anyone else. It’s one of those songs that people either love or hate. 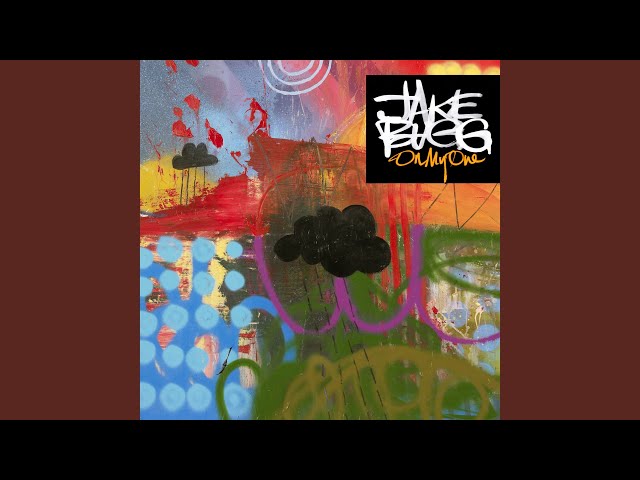 “The Love We’re Hoping For” is one of the darkest songs on the record. “The love we’re hoping for is dying / like this city”. Was that you deciding to get more personal on this record?
I thought it was a dark, obscure song. But it was a personal favourite. That was the first track I’d written. I guess there is a personal factor on this record. A lot of it was spent trying to reflect on experiences and feelings whereas before, on my first records, you’re just running around all the time from place to place. This record there was time to reflect personally and all those other things people go through.

Does knowing you’ve a massive audience waiting to parse all your lyrics weigh on you?
When I did the first record I was singing about my own thing. From what I can tell a lot of people can relate to those lyrics. People would try and find meaning in it. But that’s the beauty of music, what one song means to me means a different thing to another person.

The title track is a reworking of [Blues standard] “Po’ Boy Blues”. That song was kicking around for a while, you were playing it when you came to Australia in 2015 with Mumford & Sons.
That song is kind of about life on the road and all that stuff. But I’d kind of written it in fear. If the first two records hadn’t done what they did, what kind of song would I be singing? What would I be doing with myself? It was written out of fear more than anything, it wasn’t so much feeling sorry for yourself road song. Nobody likes those songs.

Being such a student of music history, is it hard to avoid cliches?
It’s hard sometimes because they’re cliches for a reason. They’re good ideas that everyone can relate to and that’s why cliches come up. Especially in writing concepts and song premises. It’s difficult – I don’t listen to a lot of contemporary music. I could start writing about a subject that’s been done many times before but I wouldn’t know. Because I haven’t heard it before, y’know? It’s good to have someone like a mate be honest with you in that respect, so you can start again until you come up with something truly original.

I guess the way out of that is to try and be as true to what’s happening to you as you possibly can.
Yeah, exactly. I mean a lot of pop songs today there’s a lot of champagne and dancefloors involved right now. Seems to be the general cliches of pop music right now. 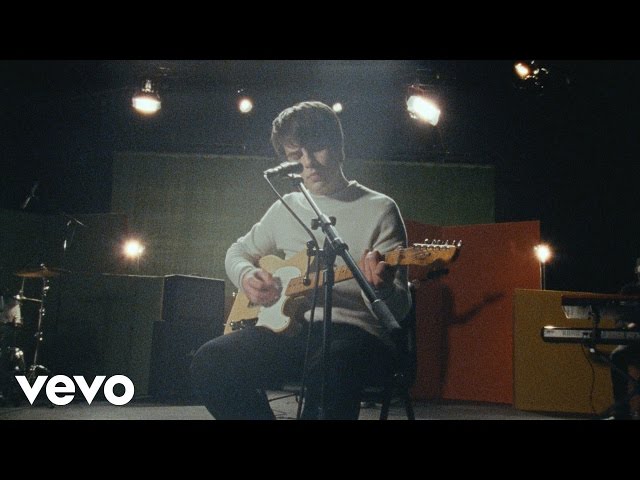 Is that just another source of income or is that something you’re interested in outside of music?
I kind of just do it more for the press side of it to be honest. But the cool thing about being an artist is, if you go to a fashion shoot you don’t have to necessarily do what they say. It’s not your job. [Then] it’s not my profession to be a model, so if some guy tells me to lie down on the dirty floor I’m not going to do that.

On the flipside, when you’re modelling you don’t have to talk.
That is sometimes pretty enjoyable. Being in a studio, a few tunes, it can be pretty relaxed sometimes. Sometimes it can feel uncomfortable and things don’t turn out that great but you just never know.

You must get a bunch of free clothes out of it at least.
Yeah that is a benefit. I did the Burberry fashion show and that was really cool. That was a fun thing to do. And that’s good for giving an artist exposure, a lot of people look at their stuff so that was pretty sweet.

In some ways, with a record like this that’s widescreen compared to the intimate stuff that came before it, it must be refreshing for you. Regardless of how the record is received, it gives you free will to do whatever you want from here. It’s the start of the next phase.
Yeah, it’s an interesting point. It does feel like that. It’s nice for the live show and the old stuff to have some different types of material in there to mix it up a little bit. I can collaborate with who I want. I can try new things out. It feels like I can do what I want.

Jake Bugg will play at this year’s Splendour in the Grass festival, as well as his own headline shows: