“I didn’t realise this, but people think if you haven’t released something for a long time, then you’ve gone to sleep”, says David Challinor, lead guitarist and vocalist of Sounds Like Sunset. The band’s lengthy absence (a whopping 9 years) was not as dormant as some of their fans might have thought — they have been consistently jamming and playing at least 10 shows a year. “There didn’t seem to be any mad rush to keep releasing stuff, but now felt like the right time. We thought, if we don’t do it now then we’ll probably never do it. It’s the opposite ambition trajectory of most bands, I’ve come to realise. We’ve kind of done it all the wrong way. But I think we’ll be alright”.

The Sydney trio — consisting of Challinor, Tobey Doctor on drums and David Hobson on bass — have just released their third full-length, We Could Leave Tonight, a record which manages to sound like a blast-from-the-past and completely modern at the same time.

Challinor, known for producing some of the most riotous concerts that Sydney’s intimate bar scene has ever witnessed, talks about throwing guitars, the terrifying world of pop music, and the band’s unhurried musical process.

What makes We Could Leave Tonight different from your last two albums, Saturdays and Invisible?

I think in the past, we’ve hidden behind a lot of noise and fizz and sizzle and that’s fun and really cool, but this time around we said, “What would happen if we turned that track off and remove that and leave it more bare boned?” In the past we would be piling more and more on and seeing if the song will still survive. And there’s still a bit of that left but we’re definitely trying to climb onto that idea of melody and have a song that you can walk away humming.

Songs like “Maybe Eye” sound a little more pop than say “Second Chance” or “Fears.” Are you nervous about going more toward the pop direction lately?

It comes easily, but I’m terrified of going there. You’re only one step away from Coldplay. But we all listen to pop music anyway. People always use the term shoegaze and I don’t even listen to that music really, apart from the great ones like Jesus and Mary Chain. I think all the music that we listen to ends up coming through into our own process. We have the destructive noise thing because we all came from a punk metal background from when we were teenagers. But then you discover stuff like the Beach Boys or The Beatles and you realise, these songs are 30, 40 years old and they’re still incredible songs. So it’s a lightbulb moment when you realise you can blend these cool nasty sounds with pop songs. We’re addicted to the process and that’s why it takes years and years to do it.

What was producer Wayne Connolly like to work with?

He’s an old friend of ours. We actually recorded a whole album with him back in 1999 or 2000 and for whatever reason, the label that we ended up signing to had a falling out with Wayne and they didn’t want any of his work on our record. So we had to re-record everything. So we’ve had an association going way back. He’s a really cool guy, not intimidating at all. He’s like an older brother or uncle figure. A wise sage that doesn’t get in the way, but he knows all these secret tricks that no one else seems to know.

You guys are known for being loud in concert, so loud that some venues won’t let you play there. What’s the craziest incident of someone complaining about the noise level?

There was one place we played a long time ago where they just yanked the cable and turned the stage power off and I had a guitar stolen that night, so they sure showed us. There was the place in Melbourne where the woman that owned the bar came running in waving her arms, telling us to stop playing. I’ve had other bands tell us to turn down while we’re playing and sound guys rushing up on stage, turning amps down, then running back off. That happens pretty much every second show. Maybe more than that actually.

Sounds like Sunsets formed back in the late ’90s. Has the role the band plays in your life changed in the 15 years since then?

We all fell into this band as side projects from other bands we were already in. Dave, our bass player, used to play in punk, hardcore bands. Our drummer was in a metal band at the time and I was in another indie rock band that was going around to the usual Sydney indie haunts in the nineties. Then we’d keep growing members and then they’d get married or go overseas. But there has always been 2 or 3 of us playing. The reason for doing it is kind of the same — I still feel like if we weren’t doing it, the bad guys would win.

Do you have any plans to tour?

Yeah, I think so. Purely just because we want to play for people. Playing is just so fun; it’s the culmination of all your hard work. We’ve got some plans and invitations to go and play far away. It just depends on having the time and the money to make it happen. I think a lot of bands throw everything they’ve got at it and they burn out so fast and end up hating each other on tour and then they break up. We’re not around each other long enough to get sick of each other — it’s one of those friendships that’s good in small doses. 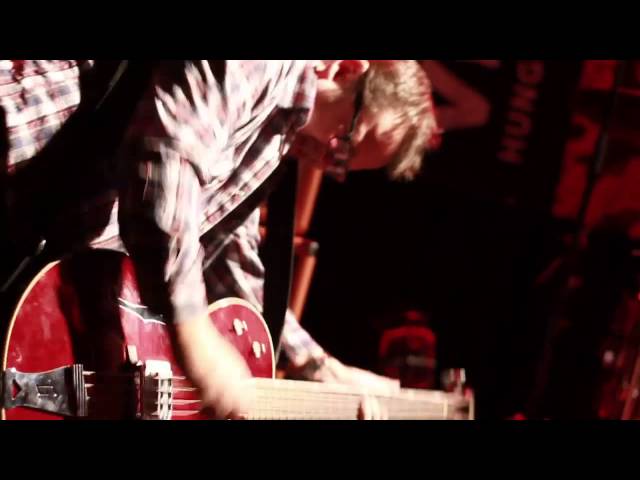 I hear that your shows can get pretty intense. What’s the wildest thing you’ve done on stage?

You get into a different state of mind when playing, especially if you’ve had a few drinks. The worst was when we played at the Metro with the Vines one time. It was the first time we played the Metro so Tobey went and got this huge bottle of chartreuse and we all had quite a bit. It didn’t really hit me until half way through the show and apparently I was pushing drums over and I was throwing a guitar across the stage and the other guitar player had to guard his head with his guitar and then his guitar snapped. It was very stupid and testosterone-y.

Do you think we’ll have to wait another 9 years for the next album?

We had planned to definitely not take as long as we did to make our last record, which was about 4 or 5 years. We were like, “That was terrible, let’s never do that again”. Then we ended up taking twice as long this time. But we’ve actually got studio time booked already and I’ve got about 20 or 30 songs ready to roll. The plan is to have another record finished this year, though I don’t know if it will be out this year. We want to break convention and knock one out really fast.

Sound Like Sunset’s new album, We Could Leave Tonight, is out today via Tym Records.

The band’s “Glide Tribute” two-night residency at The Vanguard in Sydney continues tonight (August 22). They’ll also be playing their own headline album launch shows tomorrow night (August 23) at Newtown’s Union Hotel and September 6 at The Old Bar in Melbourne, with Adelaide and Brisbane shows to be announced soon.