Remi Kolawole is on a tour bus (“well, more like a 12-seater van with my name taped to the side”) after playing the first show of a 12-date tour, the largest to date for the group who operate under his name (producers and multi-instrumentalists Justin ‘Sensible J’ Smith and Dan ‘Dutch’ Siwes complete the trio). The MC recently turned 23 and is in high spirits after the crew’s first debut in Newcastle (“People just showed love really hard, it was overwhelming,” he reports).

Crowned Triple J’s 2013 Unearthed Artist of the Year, REMI are logging the kilometres in support of brand new second LP Raw X Infinity, a vibrant slab of alterna-hip-hop that is seeing the group’s fanbase grow exponentially. Rolling Stone caught up with Kolawole during a quick pit stop during the 12-seater’s highway trek to Canberra.

Where did you grow up?

I lived in [Melbourne suburb] Moorabbin, but went to school down on the Mornington Peninsula. I was exposed to both sides of the tracks, which I definitely think helps with writing. I went to a private school – not that my parents were loaded or anything, they just wanted me to have a good education. So I saw how people with lots of money lived in this little bubble. Then on the flip side, my best friend who lived across the road from me was broke all the time and as a result we got into some questionable things [laughs]. It showed me a lot, seeing what lots of money can be like and what no money can be like. It’s helped me with my perspective on human beings – I look at you and I don’t give a fuck what you own or what you look like; if you’re a good person that’s all that matters. With music having that mentality has really helped.

How did you get into rapping?

I’ve loved hip-hop for a long time but it’s just one of those things that seemed like a pipe dream. The only Aussie hip-hop I knew was probably Hilltop Hoods when I was listening to them in Year 12 quite heavily. Before that I was into a lot of jazz and blues, some R&B or whatever. At school my friends were like “Yo, let’s make this rap track!”, so I was like “Sick, let’s do this!” So I went home and wrote this rap and came back and they were like “Yo, that’s a little too legit – we want it to be a shit rap!” [laughs] So I did enjoy it and remember looking back at the paper and thinking, “Hey, this is kinda cool.”

Then I kinda left it but at university I was obsessed with a bunch of rap, so I wrote a rap for a friend who was like “Yo man, that’s good!”, which it wasn’t [laughs]. So I started writing and finding stuff to loop up in my bedroom to rap over, finding real bad beat tapes. At the time – and I still am – I was working in retail, with Sensible J’s girlfriend Yelena, and we were good friends for years before I started rapping. J had just done an album for N’fa Jones with Dutch, and Yelena had played the album a few times at work. I told her I started rapping and she was like “Yo, my man makes beats!” So I invited J and Dutch over – I knew J was of African descent so I was like “Yo, come over and we’ll have some African food and shit!” [laughs] I told him I wanted to work with him so I went to his house and he played me a bunch of beats and he was like “We should do this, you’ve got some potential.” From then on I practiced and was in the studio with him four to five days a week, at his house – we’ve been working together since then in 2011.

Then you guys scored a grant from Hlltop Hoods in 2011…

That was for a collective of Melbourne talent called Run For Your Life, which was some of the reason why I first jumped up on stage. The collective included N’fa Jones, Nai Palm from Hiatus Kaiyote, 1/6 who’s one of my favourite Australian rappers, although he’s Namibian born. We did an album with all beats produced by Sensible J and Dutch. So that was our crew! There’s a Volume 1 out on the Internet now and hopefully there’ll be a Volume 2 in the future – it’s sitting on J’s computer! So we won the grant because of that release. We did a lot of gigs but then all got caught up in our own things – N’fa released a solo album, Hiatus Kaiyote did their thing and blew the fuck up. This is what happens when you have a collective of people who are incredible… 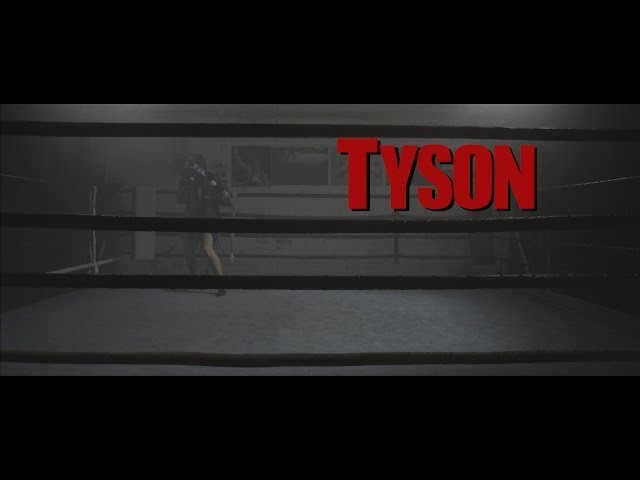 Sensible J’s parents are from Capetown, but he’s light-skinned like me, so as a result we have an attitude where we don’t give a fuck what you look like. You could be Asian or African and still be as racist as anyone from Caucasian descent – it’s all just based on ignorance. That’s what that song is about.

Where do you see yourselves fitting in within the Australian hip-hop scene?

It’s always an odd question when someone asks us that. The best way to describe it is we never started making music because of something else. We weren’t really aware of the hip-hop scene in this country and didn’t really grow up with it. Like I said we were listening to Radiohead and shit [laughs]. As a result of doing hip-hop we’ve been put into the scene, so I’ve only really met a lot of these dudes just by being in it. If there’s one thing I can say it’s at this time it seems like people have a lot more freedom to do what they want to do, and I think that’s key in all music – you should never feel like you should have to write to a certain genre and you should never write for a radio station or a magazine – you should make music ‘cause you wanna fuckin’ make music and you enjoy it and it’s the one piece of sanity you’ve got when you go home. It’s kinda a weird answer, but that’s where it’s at for us! [laughs]

Do you guys enjoy playing live?

Totally. It’s such a necessary thing. We don’t get crazy album sales by any means, but we’ve been getting way more than we ever have and then when you go on the road you get to meet these people who’ve taken your music and enjoyed it and you get to play it for them and talk to them afterwards, and that’s the craziest shit ‘cause I’m a fan of fans – I don’t even call ’em fans – they’re friends. It’s a crazy thing, but I hope we always keep that mentality. I’ve met a lot of dudes who have gotten to the top who have the exact same mentality and then there are others who let it get to their head and they forget they’re a human being like the rest of us.

What is about the chemistry you have with Sensible J and Dutch that makes the group work?

My musical education only really came when I met those boys. I had Marvin Gaye and Miles Davis and all that kinda stuff playing at my house, but none of my friends were really music aficionados. Whereas J and Dutch are just lovers of music, and they’d play me stuff and I’d be like “Who’s this?!”, opening my whole mind up. So when you work with people and you’re excited about the people that they love, it’s hard to settle for anything less than that when you’re creating together. People might offer me beats, but you might not mesh or be on the same wavelength. My raps are my babies, and J and Dutch’s beats are their babies, and the only way for them to become fully grown adults and make it as a song, is for us to do it together.

We heard you got the opportunity to smoke with legendary weed-head Danny Brown. Can you elaborate?

[Laughs] I definitely can. We supported Danny Brown in May 2012. I watched his show with my friend Chris Scott, and we were both so hyped. He was like “Yo, we gotta go meet Danny!” I was like “I dunno man,” ’cause I’ve got this thing about crowding a rapper’s space after a show – all they wanna do is get pissed, get high and fuck girls. I don’t wanna impose. I might have weed, but I can’t give you the feminine touch that you need [laughs]. Anyway, Chris convinces me and we go backstage where Danny is sitting on a couch with a couple of his homies, plus about 10 other dudes. So there’s this real awkward vibe and I was like “We need to get the fuck outta here, let’s just smoke this weed and roll out.” So we rolled up some weed and took a hit and Danny turns around and is like “Is that hash?!” [laughs] So I’m like “Nah man, it’s weed”, and he says “Yo can I have a hit?” So I give him this doobie and automatically all these other motherfuckers pull out their weed and say “Yeah Danny, we got weed too”. I asked Danny about the Coachella performance he’d just done and he said it was his craziest show at that point. So we’re sitting in this circle of all dudes with doobies, proceeding to get higher and higher, and then Danny gets up and walks out of the room. He comes back 15 minutes later with three girls and was like “I’m going back to the hotel, I’m out.” The room was like this tiny concrete cube, so the smoke wasn’t going anywhere. Constant smoking in and out. I have never been that high in my entire life. I floated home and just passed the fuck out. That was my ‘high personal best’ – it doesn’t get any higher than that.

What’s next for you guys?

Tours and festival dates for the rest of the year, including Germany and some European dates. Then next year we’re off to the U.S., which is looking pretty good. We’re just waiting for the cash flow to come in so we can quit our day jobs! [laughs]

I still feel like I’ve got a long way to go, which is a good thing. I just wanna keep growing, and I feel like most of my favourite artists are like that – people like Mos Def or Black Thought who are always trying out something new but it’s always dope and consistent and sounds like they’re still growing in themselves.

Check out the forthcoming September issue of Rolling Stone Australia for more on REMI.