Your last album Rucker’s Hill came out almost three years ago. What’s been happening for the band since then?
We’ve done a lot of touring around the UK, Europe and the US and we spent a year based in Berlin. We came back to Australia around the beginning of 2016 and started work on the new record and spent most of the year writing and recording the album and doing some touring along the way. We’ve been busy, covered a few miles.

Do you have mixed feelings about the touring life?
I probably have mixed feelings about everything (laughs). All in all I love the chance to travel and play our music and see different places and meet different people. Of course everything’s got its downsides and difficulties, but it’s definitely something that I’m grateful to be able to do, and I hope to be doing it for as long as possible.

Your new album Punchbuzz eases back on the folk and goes for more of a warm, synth-heavy, Seventies space-pop vibe. Were you aiming for something different this time out?
I think it’s a bunch of things that led to this record coming out the way it did. The songs came out differently at the very beginning – a lot of them started as guitar riffs rather than lyrics or chord progressions as they would’ve in the past. I was writing using my electric guitar and a loop pedal and that created a different type of feel and tempo and lyrical themes and a different approach to the production. The songs led the way and we followed, rather than the other way around. I don’t think we set out to make a certain type of record. I guess it had a little to do with what we’d been listening to. We grew up listening to classic Sixties and Seventies folk, but in recent years we’ve been listening to a lot more indie rock and krautrock and I guess that made its way into songs.

Any particular artists you’ve been influenced by?
There are so many… the War on Drugs, the National, Tame Impala. And then Jonathan Wilson and Damien Jurado, who are more on that folk tip but have that psychedelic element to them. So yeah, a whole heap of stuff.

Are you pleased with how Punchbuzz turned out? Do you feel it realised your vision?
Yeah, we’re excited about the album and we’re really looking forward to playing the songs live – they’re really fun to play. We just wanna see how it goes down live and how people feel about it.

One of your new songs is called “Ghost”. Have you ever had a brush with the supernatural?
I’ve definitely had a few experiences that’ve felt super-spooky. I’m a believer in these things to some extent. I’ve never seen a ghost, but we played at this place near Wollongong called the Heritage Hotel which is famous for being haunted and I think most bands have a story about that place. There’s a green room in the venue and I remember going back there after a show to get my stuff, and this feeling came over me and I just bolted out of there and I wasn’t sure why. We bumped into a band who’d played there a few days before who had a similar story, but they’d seen some guy come into their room and turn the light off – and old man in a dressing gown. They followed him out of the room and he just disappeared.

While I was writing the album this friend told me another ghost story that I couldn’t get out of my head, so I became interested in historical paranormal cases and I’d stay up late reading about them. We’ve all got our ghost stories, whether the ghost stories are in your attic or in your head or from your past, and that’s what the song is ultimately about. 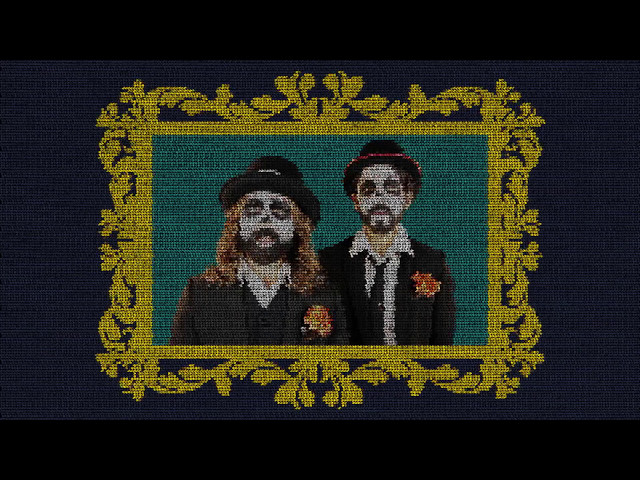 How was the experience of basing the band in Berlin?
It was great. We were there for about eight months. The beer’s amazing, the bread’s amazing, the techno’s amazing… you can hear it in our new material. Folk techno! Berlin is the perfect place if you want to be up all night – that’s when the city’s really happening. We had an apartment on the 13th floor of a building and the balcony overlooked the city that would face the sunset, and I would sit on that tiny little balcony and write into the night. A lot of the material on Punchbuzz accrued from that time in Berlin, although most of the album was written in Melbourne when we got back.

Bandmate Gideon Preiss is your cousin – does that effect your dynamic within the band?
We grew up together, and we’re somewhere between brothers and a married couple – or something like that! We’ve spent so much time together on the road – sharing rooms, sometimes sharing beds. We’ve worked together in the studio for months on end. And we’re mates. When I think about it, it’s amazing how well we get along.

On a creative level we’ve always had this great way of complimenting each other’s strengths and maybe compensating for each other’s weaknesses. We just have a really good flow. Sometimes I’ll take songs to Gideon and we’ll work on them together and flesh them out, other times we’ll write together and come up with ideas, but whatever it is we seem to just be on the same wavelength most of the time, which is rare – I’ve never had that with anyone else in the same way. If you’re going to be in a band, you need to find the person you have the right creative and personal chemistry with, and we have that.