Emma Burgess-Olson, founding member of the all-female dance-music collective Discwoman, sometimes DJ’s wearing a T-shirt emblazoned with the slogan “Amplify Each Other.” And that’s exactly what she and her co-founders Frankie Hutchinson and Christine McCharen-Tran are doing in the world of EDM, addressing a notoriously male-dominated scene and its “stale sexist bookings” by creating a production and promotion outlet for women and gender-non-conforming producers.

“I think electronic music culture has become a hedonistic monster,” says Burgess-Olson, who performs as Umfang. “But it has always had political roots and I feel very connected to that aspect. It’s really about humanity and having concern for others’ basic needs being met.”

Discwoman first blossomed in the summer of 2014. The three met in Brooklyn’s LGBTQ nightlife scene, where McCharen-Tran and Burgess-Olson threw dance parties with names like Technofeminism and Witches of Bushwick. They all came of age in the club, they say: Hutchinson tenderly recalls taking ecstasy for the first time at SE1 in London, while McCharen-Tran explored lesbian nightlife in Brooklyn, and Burgess-Olson put down roots in Kansas City’s warehouse party scene. What they all had in common, they found, was a passion to replicate that sense of welcome for many more young women and queer people. “Constantly finding ways to make space for each other and our community is something that’s really important,” says McCharen-Tran.

Brooklyn’s Bossa Nova Civic Club became Discwoman’s spiritual home. In September 2014 they first hosted their own festival there, offering 12 female DJs the chance the flaunt their skills. Since then, Discwoman have launched dozens of similar events from New York to Berlin to Mexico City, as well as a management wing that has grown to include nine audacious artists from around the world. The group often redistributes proceeds between artists and organizations local to each event, such as New York’s Lower East Side Girls Club and Detroit’s Ruth Ellis Center for LGBTQ youth. “We try to siphon as much money as we can back into our community efforts and supporting those we believe in,” says Burgess-Olson. 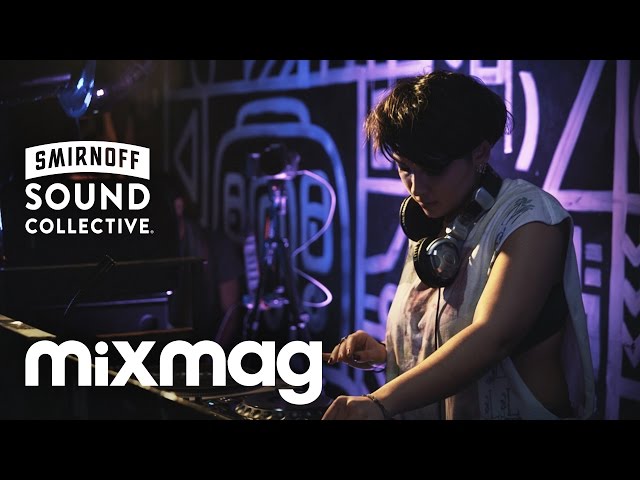 Such events remain an anomaly in the electronic music community. In 2015, female:pressure – a network of female, transgender, and non-binary EDM artists – published a survey revealing that female DJs barely made up 10 percent of the bookings at major festivals around the world. Forbes’ annual list of the world’s highest-paid DJs, titled “Electronic Cash Kings,” has consistently been comprised exclusively of men. And in 2016, just five women made the cut in DJ Mag’s annual poll of Top 100 DJs. Of the DJ Mag 100’s winner’s circle, some DJs have reflexively argued that women just don’t care about dance music.

Yet Discwoman’s primary focus isn’t on calling out sexist men, but responding to the growing needs of female and gender-non-conforming DJ/producers. “We were celebrating all of the female DJs we had encountered through our local scene,” Hutchinson tells Rolling Stone via email, on a train bound for Poland. “[It was after] our event we came to realize the gravity of the issue of imbalance within the global scene.” To Discwoman, this meant evolving their operation from a one-off festival to a year-round online artist platform and booking agency. “The agency was the next step for pushing the women we saw shining in the scene that weren’t properly represented,” she adds.

“It takes a lot of confidence to speak out against those that are disrespectful, abusive, misogynistic,” says Burgess-Olson. “We feel encouraged to take that stand when bigger institutions will stand by us in these efforts. It’s nice when local promoters or label managers want to make changes and be more proactive booking, working with, promoting women. … Even better is when very male-dominated spaces start to become more inclusive without drawing any attention to themselves making that decision.”

For the time being, the group remains busy as ever: Burgess-Olson continues touring and hosting her monthly Technofeminism party, while business mastermind McCharen-Tran dreams of establishing a permanent space “where we can convene and have as a resource to our artists and educational programming.” Hutchinson is working with Brooklyn Council Member Rafael Espinal to roll back New York City’s Cabaret Law, a holdover from 1926 which prohibits dancing in public spaces without a pricey cabaret license. “My friends at Bossa Nova have been issued citations because of this law,” says Hutchinson, who found herself seated alongside Mercedes Ellington, granddaughter of the jazz legend Duke Ellington, at the most recent hearing. The repeal shows great promise so far, what with newfound support from Mayor Bill DeBlasio, and the inception of the city’s very first Office of Nightlife.

“There’s no other way but to be engaged,” says Hutchinson. “As a black woman, I never get a day off. A white guy said to me recently, ‘You need to give yourself a break’ – like, yeah, I’d fucking love to! But that’s not the choice I have made.”

“Being outward about wording like ‘feminism’ and ‘woman’ actually does help people engage with the purpose,” says Burgess-Olson. “I see it reflected in my own career as well, that the bigger bookings I get the more I feel I am allowed to be myself and express something I was maybe afraid to show before. When I booked women and hid it before, it wasn’t as far-reaching or welcoming to my desired audience. I see a lot more women coming to my night now. … [You don’t] have to be a technical wizard to get started.”

This article is part of our Women of the Future series, featured in issue #793 (available now).