In the annals of Beatles singles, we have what we might think of as a game-starter in “Please Please Me,” a game-ender in something like “Let It Be,” and a host of game-changers, the most important of which is rarely discussed as one of the band’s top efforts.

And yet, “Paperback Writer” – “just a little bluesy song,” according to its modest/understating author, Paul McCartney – which was cut 50 years ago in mid-April 1966, and released May 30th of that year, is perhaps the single that best suggests how the Beatles were about to change things up in their most radical way yet.

Rubber Soul had just been released in December 1965, knocking the listening public on its collective ear, and still dominated the charts in the spring. This was a Beatles album unlike any other, one you couldn’t have been prepared for, clearly marking that a new era had begun. Mid-period Beatles was underway.

No one had thought to blend folk music with rhythm & blues, as the Beatles had just done, in essence adding an earthy groove to the wifty-wafty strains of cannabis set to music. A most organic sound, both of nature and the metropolis. But now that mid-period game was about to be kicked up another notch.

Revolver would be the full flowering of the Beatles’ next phase; but first, there was “Paperback Writer,” the cheeky tease of a song that cajoled you away from the world of Rubber Soul, and into a new galaxy.

Right from the get-go, there is something otherworldly about “Paperback Writer,” even though this is in essence a sonic short story about a would-be writer. Paul McCartney’s voice starts the song, before John Lennon and George Harrison add to a rich counterpoint, the title words cleaving into Cubist sound fragments. Harrison’s distorted guitar then kicks off a hot, scuzzy riff as some spartan bass drum thumps from Ringo Starr follow below, all of it further energized by five, rapid tumbling McCartney bass notes, and away we go into the verse.

A bass guitar had never sounded like this, and one can imagine the looks McCartney and engineer Geoff Emerick must have exchanged, as if they had just unlocked a whole new realm of potential for the instrument.

“‘Paperback Writer’ was the first time the bass sound had been heard in all its excitement,” Emerick remarks in Mark Lewisohn’s The Complete Beatles Recording Sessions. “For a start, Paul played a different bass, a Rickenbacker. Then we boosted it further by using a loudspeaker as a microphone.” 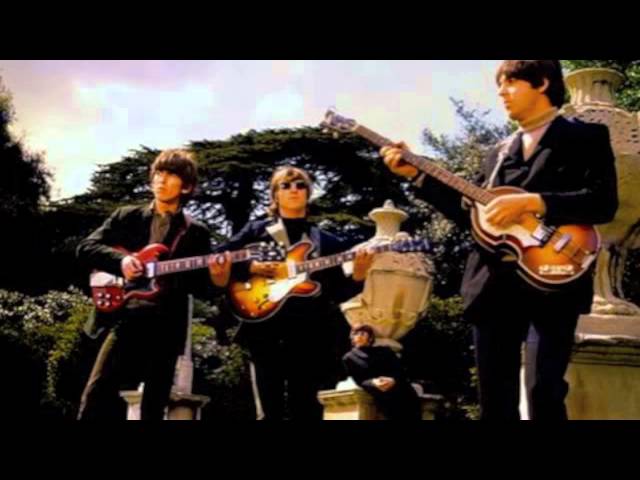 It doesn’t hurt, either, that McCartney was the possessor of just about matchless bass chops at this point. Lennon, who was never particularly forthcoming with praise, remarked that McCartney “was one of the most innovative bass players that ever played bass.” And here, that innovation was worked into the framework of one kick-ass, churning, burning band.

“‘Paperback Writer’ had a heavier sound than some earlier work – and very good vocal work, too,” said producer George Martin. “I think that was just the way it worked out, that the rhythm was the most important part of their make-up by this time.”

The studio itself was now a crucial instrument for the band, and this is one of the earliest examples of the Beatles learning how to play it, and play it masterfully. Consider ATOC – Automatic Transient Overload Control.

“It was this huge box with flashing lights and what looked like the eye of a Cyclops staring at you,” explains Tony Clark, the man who cut the “Paperback Writer” master lacquer, in Sessions. But what this “monster” did was allow “Paperback Writer” to have an insanely high bass factor and still not make record player needles jump.

The lyrics are equally novel. That first verse takes the form of a letter, the narrator wishing to hawk the manuscript that has required years to write. We almost always think of Lennon as the Beatles’ principle jokester and wordsmith, but McCartney is tough to beat on this song. The story is based on a novel by a man named Lear, a pun on Shakespeare and the Spanish verb “leer,” meaning “to read.” Wordplay, Macca style.

Around this period. McCartney was the band’s in-house aesthete, going to the theater, the cinema, reading the books, having the talks, being the culture vulture.

“Penguin paperbacks was what I really thought of, the archetypal paperback,” McCartney says in Barry Miles’ Many Years From Now. “I arrived at Weybridge and told John I had this idea of trying to write off to publishers to become a paperback writer, and I said, ‘I think it should be written like a letter.’ I took a bit of paper out and I said it should be something like ‘Dear Sir or Madam, as the case may be …,’ and I proceeded to write it just like a letter in front of him, occasionally rhyming it.”

He’s your arty one right now, and still the crowd pleaser, which means that “Paperback Writer” modulates from the avant-garde to the populist as seamlessly as any Beatles tune.

The song also makes room for a bit of silliness. English groups at the time had a thing for wiseacre backing vocals. The Beatles on “Girl” had chanted “tit tit tit” again and again; the Who, unable to afford classical musicians, would sing the word “cello” repeatedly where one was supposed to be on “A Quick One”; and with “Paperback Writer,” McCartney has the boys go with “Frere Jaques” on the third verse.

Setting that children’s sing-song melody against this backdrop of barely-of-this-planet instrumental work, and a tale of publishing dreams that could have been sourced from a more chipper version of a novel like New Grub Street, makes for a weird, wonderful clash of worlds.

There’s a lot going on here, and yet, it all blends perfectly. With “Paperback Writer,” the Beatles almost seemed to beckon the listener out of the galaxy. Or at least beyond anything quotidian. It was time to start looking way up. And they even had the sense to put the invite in epistolary form for you.