Revolution Radio is Green Day‘s first album in 15 years with no extra twist – no high concept, no triple LP – but it’s full of fiery politics and big emotions. In interviews conducted for Rolling Stone‘s forthcoming feature story (in issue #780, available early October), the band breaks down each track on the record, due October 7th.

By Brian Hiatt and Andy Greene.

1. “Somewhere Now”
The album opener alternates between dreamy, almost Guided by Voices–like acoustic interludes and Who-style anthemic bursts – Tre Cool thinks he did his best drumming ever on it. Billie Joe Armstrong calls the first line – “I’m running late to somewhere now that I don’t want to be” – one of his all-time favourites. “It’s my favourite beginning of a record that we’ve ever had,” he says. “I think it’s so relatable, whether it’s going to your job or going to the dentist.” Another lyric, “How did life on the wild side get so dull,” touches on Armstrong’s post-rehab struggles: “How do you deal with dealing with yourself? Before it was, I’ll have a beer. Now, you have to sort of learn how to breathe a little bit more. I have never been good at boredom. I never know what to do when it’s, like, you and you’re alone with yourself.” 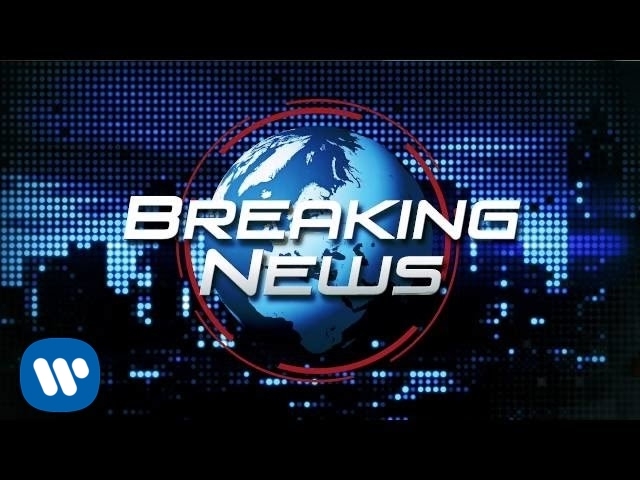 2. “Bang Bang”
The fastest, most aggressive song on the album is also the first single, and the first song Armstrong wrote for the project. “It was refreshing that it came so naturally to write a song like ‘Bang Bang,'” he says, “which is one of the best punk songs I’ve ever scribbled. And it just sort of happened. I didn’t think about it too much. I showed it to the guys. I’m like, ‘This feels like Green Day.’ I showed it to Mike and Tre and they were floored.” On the track, Armstrong sings from the perspective of a psychotic mass shooter (“I am a semiautomatic lonely boy/You’re dead/I’m well fed”). “The scary thing was when I went into the character’s head,” says Armstrong. “I started getting dizzy.”

3. “Revolution Radio”
“Give me cherry bombs and gasoline!” Armstrong sings on the title track. The idea came to him in New York two years ago when he ran into a Black Lives Matter protest; before he knew it, Armstrong had gotten out of his car and was walking up Eighth Avenue with the throng. “I was screaming, ‘Hands up, don’t shoot,’ ” he says. “I felt like I was on the right side of history. … It’s like something is breaking in the world. A lot of the old people are dying off and the values of the Fifties generation are starting to break and what happened in the Sixties and is starting to manifest more now than it ever has before.”

4. “Say Goodbye”
When he wrote this loping track, Armstrong was reacting to images of armoured military-style vehicles in the streets of Ferguson, Missouri. “I was like, ‘What country do I live in? How is this different from the Arab Spring?'” One line, “Teach your children well from the bottom of the well,” is a direct reference to other current events:  “It’s thinking of Flint, Michigan, and trying to educate your kids while they’re drinking toxic waste,” Armstrong says. “You can’t educate people if they’re that desperate.”

5. “Outlaws”
A swelling, wistful tune that looks back at the trio’s teenage punk days, “when we were outlaws/when we were forever young.” “I was feeling nostalgic,” says Armstrong, “thinking about when me and Mike would break into cars and steal tapes and lighters and shit like that.” The band sees it as a sequel of sorts to their 1992 track “Christie Road,” which mined the same period of their lives.

6. “Bouncing off the Wall”
Originally titled “Concrete Dream,” and one of the last tracks to be added to the album, this one has a fun, semi-tossed-off feel: “It’s all that I want and I want to be free,” Armstrong sings over ricocheting chords. “Got Satan riding next to me/’Cause we’re all bloody freaks/And we’ll give you the creeps/Chasing fireflies and zeroes.”

“It’s like something is breaking in the world,” Armstrong says of the theme of ‘Revolution Radio.’

7. “Still Breathing”
A junkie on the verge of death, a gambler about to lose everything and a wounded soldier on the front lines are all characters in a slow-building, unsettling track. “That was a very heavy song,” says Armstrong. “Sometimes I run away from being too heavy. But sometimes it just comes out that way.” The chorus, “I’m still breathing on my own” alludes to the fact that “at some point, we’re all going to have to be on life support,” says Armstrong. “As time goes on, your thoughts get darker.”

8. “Youngblood”
This power-pop nugget is dedicated to Armstrong’s wife of 22 years, Adrienne. “I want to hold you like a gun,” he sings. “We’ll shoot the moon into the sun.” “She’s easy to write about because she’s so awesome,” says Armstrong. “She’s the cedar in the trees in Minnesota.” The song comes complete with a punchline: “Are you broken/Like I’m broken/Are you restless?/She said, “Fuck you, I’m from Oakland!”

9. “Too Dumb to Die”
After a low-fi intro, the song breaks into a melody and chord progression that could’ve fit in on Dookie, married to lyrics that dip into straight autobiography: “I was a high school atom bomb,” Armstrong sings, “going off on the weekends/ Smoking dope and mowing lawns/And I hated all the new trends … I’m hanging on a dream that’s too dumb to die.”

10. “Troubled Times”
An ominous rocker that surveys an America on the brink of disaster, full of racial unrest and economic inequality. “I wish saying ‘we live in troubled times’ was a cliché, but it’s not,” says Armstrong. “Trump is preying on people’s fears, anger and desperation. … He’s feeding meat to hungry dogs.”

11. “Forever Now”
The album’s most ambitious track, clocking in at nearly seven minutes, is a surging mini rock opera of sorts, melding several songs, including a reprise of opener “Somewhere Now.” “‘Forever Now’ brings it full circle and honestly, it’s so fun to write like that,” says Armstrong. “You can just be that little kid in your room and feeling like a rock god.” It begins with a lyric  – “My name is Billie and I’m freaking out” – that Armstrong calls “the most honest line I’ve ever written,” and ends with the refrain “I ain’t gonna stand in line no more”: “It’s like a slogan for a demonstration,” says Armstrong. “Like, I’m not going to accept the status quo or I’m not going to be manipulated. It’s like, ‘What do we want? Justice. When do we want it? Now.'” The song began as three unrelated pieces that Armstrong jammed together: “It was really hard,” he says. “But at the end, when we bring in that big chorus where everything is overlapping with each other and heading back into that riff, it was just fucking beautiful.”

“I saw this song change so many times,” adds Tre Cool. “The cool thing is that Billie didn’t force anything. He just let it happen and he kept trying different shit. And then there was this one aha moment where he was like, ‘I think I got it.’  And it was awesome. There were goosebumps in the room.”

12. “Ordinary World”
Armstrong wrote this ballad for his upcoming movie of the same name, where he stars as a failed rocker turned family man, after director Lee Kirk asked him for a poignant song that his character might’ve written. It took him a couple tries, but he ended up with a song so strong that he wanted it on Green Day’s new album, as well. The final line gives the album a happy ending: “Baby, I don’t have much,” Armstrong sings over acoustic strumming and a gently chiming electric guitar, “but what we have is more than enough/Ordinary world.”