WHY YOU SHOULD PAY ATTENTION: Hello Friends, the second LP from Summer Flake, aka Stephanie Crase, is a work of shimmering, hypnotic melancholy that, despite benefiting from the production expertise of Crayon Fields’ Geoffrey O’Connor, still retains the homemade, lo-fi spirit that defined her earlier work. Adelaide-spawned, Melbourne-based Crase has honed a style that is unassuming yet defiant in its emotional gravitas. “All the songs are personal but I do intentionally put some ambiguity in there to push things to a general place and sharpen it up,” says Crase. “I don’t know how other people will take it and I don’t write it for other people. I write in a way that’s powerful for myself.”

SHE SAYS: “I think I’m a silly, fun kind of person,” says Crase of her often-solitary writing and recording process, “but when you’re alone for hours you get thinking about different things. So that’s kind of how I look at what the album’s about, the stuff that sneaks in when you’re by yourself, the real inner, interior thoughts.”

HEAR FOR YOURSELF: “So Long” showcases Crase’s songwriting at its exquisite best; initially a mournful ballad, the song spectacularly transforms into a highly-charged, swelling beast that Bernard Butler and Suede would be proud of. [B.S.]

WHY YOU SHOULD PAY ATTENTION: They may have been a band since 2010, but the past six months have seen a surge in momentum for this Tasmanian quartet. They sold out their national “Aeroplane” single tour; had a couple of tracks harvested by Triple J; found the time to put on their own punk festival in Launceston; and have dropped an assured third LP in the shape of If This Is All We’re Going To Be, on which the St. Helens boys make good on promises set by 2014’s By a Thread – cultivating their punk rock inclinations into a slick, rousing and melody-rich sound. “Even the title of the record, it’s like, this has gotta be the time we give it a fucking go,” says frontman and bassist Tyler Richardson of the effort.

Focusing on themes of growing up and all the bewilderment that comes with it, the record is an endlessly relatable reflection on the quarter-life condition. “A lot of people I know are married and have kids, houses, investment properties, careers and shit,” says 28-year-old Richardson. “I’m just trying to figure out what the fuck I’m doing. So it’s hard for me to get away from looking back into myself. Then again, if I was parked up in some suburb with three kids I probably wouldn’t have much to say!” 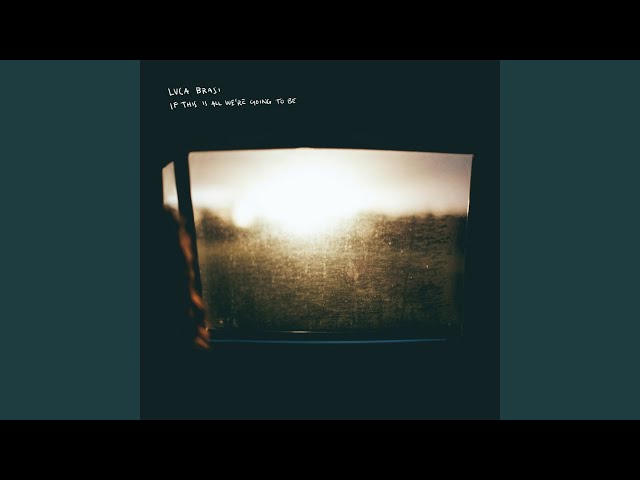 THEY SAY: “On our last tour, ‘Aeroplane’ was probably the most popular song and it had only been out for like a month,” says Richardson. “And at practice the other day, we started kicking away a bunch of old songs to make room for the new ones. Hopefully we can capitalise on all the momentum. And if not, it’s been fucking awesome so far, so we’re stoked no matter what.”

HEAR FOR YOURSELF: The group successfully navigate slightly darker territory with “Treading Water” then send the clouds away with the potently hopeful “The Cascade Blues”. It’s a knockout combination. “I love ‘Treading Water’,” says Richardson. “It’s a bit different for us. A bit darker.” [O.P.]

SOUNDS LIKE: Melodic metalcore with the passion and technical chops to sidestep the cookie-cutter breakdown curse

FOR FANS OF: Underoath, Periphery, Northlane

WHY YOU SHOULD PAY ATTENTION: Three short years and two lone EPs is all it took for Sydney five-piece Polaris to tighten their sound, road test a powerhouse dual-vocal setup, and push far beyond metalcore’s more well-worn song structures. They’ve lit up stages supporting Dream On Dreamer, Attila and Silverstein, and their latest six-track EP, The Guilt & the Grief, debuted at Number One on the iTunes Rock and Metal chart. Did we mention they did all this without the financial backing of a record label? 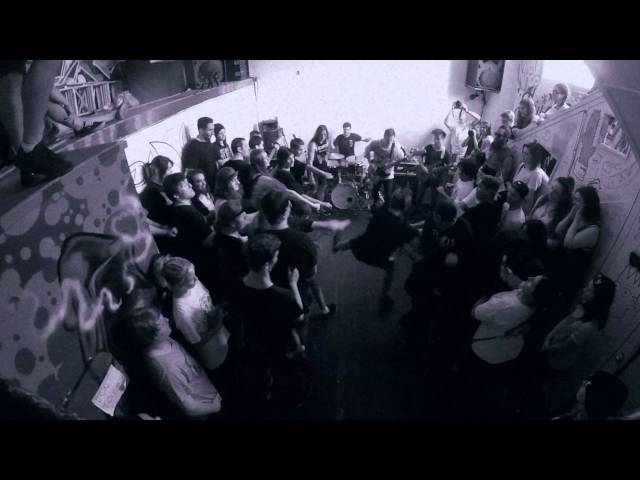 THEY SAY: “The song ‘Regress’ is an attack on anyone who’s willing to let their personal beliefs stand in the way of other people’s pursuit of happiness,” drummer Daniel Furnari explains. “It’s addressing institutionalised sexism, racism and homophobia, as well as marriage equality and gun control debates. It’s just a huge ‘fuck you’ to people who are willing to compromise human progress purely for themselves.”

HEAR FOR YOURSELF: Answer the call of the void with “L’Appel Du Vide”. [E.S.]

FOR FANS OF: Dick Diver, Galaxie 500, the Apartments

WHY YOU SHOULD PAY ATTENTION: Signed by Melbourne’s Chapter Music after submitting their demos in late 2014, the Brisbane trio’s debut single, “Sometimes Accidentally”, gained widespread attention in 2015 courtesy of plugs from U.S. taste-making websites Brooklyn Vegan and Stereogum, as well as praise from the UK’s NME. After bassist-vocalist James Harrison and drummer Riley Jones finished school last year – guitarist-vocalist Louis Forster, son of Robert of Go-Betweens fame, is set to graduate later in 2016 – they released their debut LP, Up To Anything, in March to further critical acclaim both locally and abroad, leading to a run of headline Australian launch shows during April and a longer European tour, scheduled for September. 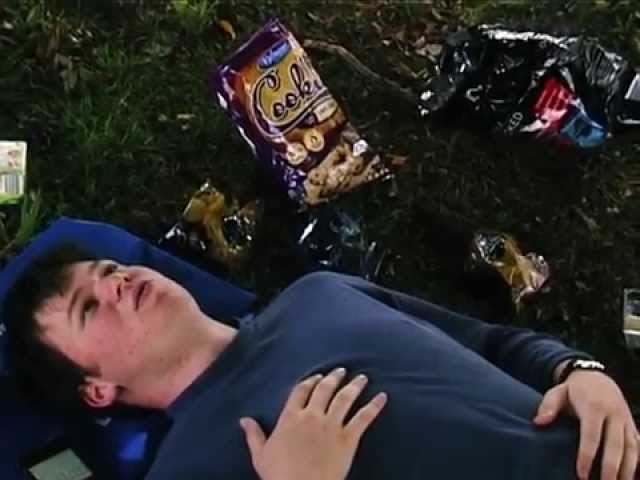 THEY SAY: “I was always just around music,” Forster says of his childhood surrounds, yet he’s also quick to point out that his father’s influence – in addition to the fact his success “just made it seem like a possibility” – has been limited solely to career advice of what shows they should or shouldn’t play, rather than any lasting creative impression. As for Up To Anything, Forster says he “always wanted those songs to be in a bigger collection, much like a document”, leading Chapter to abandon their initial plans to first release a 7″ EP. Meanwhile, Forster remains torn on the band’s greatest accomplishment so far – BBC6 premieres by Marc Riley are viewed on par with the Pastels following them on Twitter – yet he does admit that the band have been floored by the “definitely not expected” international attention.

HEAR FOR YOURSELF: The stuttering insecurity and pop nonchalance of adolescent tale “Sometimes Accidentally”, and the charmingly lo-fi love ode “Boyfriend”. [J.N.] 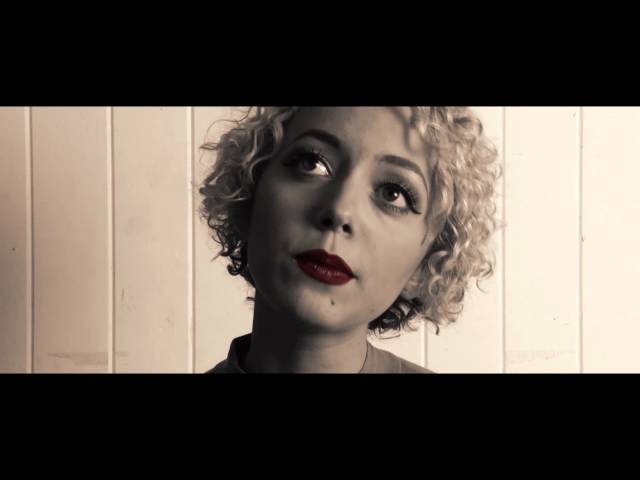 FOR FANS OF: Feist, Mama Kin, the Beautiful Girls

WHY YOU SHOULD PAY ATTENTION: In the past few months, 19-year-old Sunshine Coast native Beck (pictured) has picked up the Queensland Music Award for Folk Singer/Songwriter, played some wildly well received shows at Byron’s Bluesfest, released her new album – the genre-hopping Panacea – and, the morning of our conversation, locked in some support slots with one of her inspirations, the Cat Empire. “I just went out and bought myself a box of Krispy Kreme doughnuts to celebrate,” she laughs. It sounds exhausting, but for the person who wrote an entire album at age 14, after beginning to write songs at age 12, Beck’s taking it all in her stride. Panacea sports a plethora of genres and influences: you can hear the ghost of Jeff Buckley within Beck’s anguished yells at the back of “Here It Comes”; “Mother Mother” is a dimly lit electric blues; there’s acoustic folk in “Ooh La La”; and jazz inflections on “Crack Bang Bang”. It’s a rabbit warren of genres, but Beck is an intensely focused musician: “I have a really strong idea of what I want the music to sound like. If you don’t know what you want, other people are going to tell you.”

SHE SAYS: “Up until a couple of years ago I never really thought about my lyrics, I would just write whatever came out and never think about what it meant. Then I started realising the power that you have with songs, and I started using it for myself, to help myself get through different experiences.”

HEAR FOR YOURSELF: “Here It Comes”, in which Beck explores the deadly trappings of isolation and anxiety within a grimy blend of blues and roots, building to a frenetic and devastating crescendo. [J.L.]