WHY YOU SHOULD PAY ATTENTION: The Zambia born, Botswana raised, now Sydney residing Sampa the Great (pictured) first piqued interest with her scorching single “FEMALE”, her wandering rhymes sliding over a snaking bass line and hip-hop production. Along with main collaborator, Sydney beatmaker Godriguez, her 2015 debut LP The Great Mixtape is an endlessly fascinating listen: spoken word poetry and loosely slung rap collides with Dilla inspired beats, as Sampa pulls apart gender politics, racism, and the price of fame. The record was subsequently spun by notable U.S. station KCRW, while back home Sampa and Godriguez notched up support slots with Hiatus Kaiyote. 2016 is already looking busy – they’re appearing at boutique Melbourne festival Sugar Mountain before they knuckle down for a support for legendary Los Angeles multi-instrumentalist Thundercat.

SHE SAYS: “I’ve seen a lot of people forgetting where they came from. I just thought… am I willing to not talk about the stuff that’s happening in my community just so I don’t ruffle any feathers? That to me is the price of fame – that you can’t talk about what’s happening just because you’re on a certain pedestal.”

HEAR FOR YOURSELF: “Weoo”, in which Sampa icily repeats, “Am I willing to backstab my own people for a price” over a dark clatter of percussion. [J.L.]

FOR FANS OF: Lana Del Rey, Elliott Smith, the films of Harmony Korine.

WHY YOU SHOULD PAY ATTENTION: Nicole Dollanganger’s gothic folk songs detailing mental illness, guns, sexual violence, poverty and death are as beautiful as they are brutal. After exploring abandoned buildings growing up in Stouffville, Ontario – a small town near Toronto – the taxidermy enthusiast studied film at Ryerson University and started posting her dark, cinematic songs on Bandcamp. Soundbites and grisly themes from horror movies, Welcome to the Dollhouse and school shootings amplify these lo-fi bedroom recordings. Backed by acoustic guitar, Dollanganger’s winsome cover of Foster the People’s “Pumped Up Kicks” off 2013’s Columbine EP strips away the original’s party vibe to its chilling lyrical core. A demo of her latest album, Natural Born Losers, eventually reached her countrywoman Grimes. “It blew up my brain so hard that I literally started Eerie [Organization, a new artist collective] to fucking put it out,” the art-pop experimenter said in a press release. They performed together opening for Lana Del Rey last June and Dollanganger supported Grimes on a recent tour.

SHE SAYS: “I fell in love most with aggression in vocal delivery,” explains Dollanganger. “Even when someone’s singing something that isn’t aggressive, but they yell it or scream it, it strikes me. Ceremony comes to mind. They’re incredible. [Frontman Ross Farrar’s] vocal performances, I was like, “Holy shit.” Type O Negative, I was taken with how [Peter Steele] fluctuated between really dark topics and really light topics. Some of the sounds were really industrial and heavy, and some were softer. That kind of mixture is really intriguing. [Marilyn] Manson does the same thing. “I really enjoy hitting record on GarageBand. For an hour and a half I’ll just freestyle. I’ll get a chord progression going and start singing. I’ll record everything. Most of it’s trash, but usually there’s a line at least – like ‘drinking a cup of alligator blood’ – then I’ll build around that.”

HEAR FOR YOURSELF: Echoing the pulse of Nine Inch Nails’ “Hurt”, Dollanganger sweetly toes the line of bruised love on “You’re So Cool”. [R.F.]

SOUNDS LIKE: Soaring, reach-for-the-rafters anthemic pop from a young soul with an eye on mastering her craft.

WHY YOU SHOULD PAY ATTENTION: Growing up on a farm just north of Queensland’s Sunshine Coast, 20-year-old Ayla Scanlan put her first song to tape at the age of five (“I’d make up songs around the house when I was really young – mum and dad bought me a tape recorder so I could record them”). A skilled singer, guitarist and keyboard player, Ayla started playing live as a teenager via busking and school performances, going on to record two songs she wrote at 15 (“Wish I Was” and “Waiting”) in 2014 with producer Elliot Heinrich, who fleshed out Ayla’s acoustic songs with full instrumentation. (“We worked in a similar way on all the other tracks on the EP,” she says of her debut five-tracker, When the World Ends.) “Wish I Was” became 2014’s most played track by a female solo artist on Triple J, leading to extensive touring and a deal with Italian label Ego Music (Emma Louise, the Jezabels).

SHE SAYS: “This year I’m looking forward to doing some more co-writing – it’ll be interesting to see other people’s approach to songwriting and how that can influence me. I’ve got one booked in with Katie Noonan, who’s someone I’ve been inspired by for a long time. I’d also like to play more shows and festivals this year and I’d like to do another release, whether that be a new EP or an album.”

HEAR FOR YOURSELF: “When the World Ends”, the opening title-track of her debut EP. [J.J.]

WHY YOU SHOULD PAY ATTENTION: Adelaide trio Horror My Friend take any number of cues from the Nineties, never settling on one mode for long. They alternate between jangly slacker indie rock and darker, more driving punk, then cake the songs in a mix of dreamy shoegaze textures and gnarly grunge fuzz. Playing together since they finished high school, the band have scored prized support slots for DZ Deathrays, Violent Soho, and the Cribs. Their bruising debut album, Stay In, Do Nothing, got them signed to Melbourne’s trusted punk outpost, Poison City, home to similarly anthemic acts like the Smith Street Band and the Meanies. They’re launching it this month with an 11-show national tour.

THEY SAY: “A lot of great bands in Adelaide don’t get the attention they deserve,” observes co-frontman Tom Gordon, citing Sincerely, Grizzly as his favourite. “But coming up in Adelaide, it’s a little easier because you have less competition. A lot of the opportunities we got starting out, I don’t think we would have gotten them in Melbourne.” And for every band that leaves Adelaide, there’s a band like Bad//Dreems that stays and are still “absolutely killing it all around Australia”. Horror My Friend could go just as far, judiciously employing fuzz pedals for a sound that’s surprisingly huge for a three-piece. Being a trio “forces you to be more creative”, reasons Gordon. “We try to fill out the sound as much as we can.”

HEAR FOR YOURSELF: Album opener “Death Hill” sums up the band’s noise-pop catchiness, but the single “Stay In” packs even more range into less than four minutes. [D.W.]

SOUNDS LIKE: An unleashed id with a sick distortion pedal.

FOR FANS OF: Nirvana, the Pixies, PJ Harvey.

WHY YOU SHOULD PAY ATTENTION: The Toronto four-piece’s blazing full-length debut, Sore, has earned rave reviews, and their live show turned heads at last year’s CMJ festival. “It feels more natural for me to be onstage than it feels anywhere else in my life – it’s like the opposite of stage fright,” says singer-guitarist Katie Monks, who founded Dilly Dally with guitarist Liz Ball, her best friend from high school. “It’s like an alternate life where you can speak a language that’s a lot more free.” Along with powerful originals like “Snake Head” and “The Touch”, their recent sets have included a memorably surly cover of Drake’s “Know Yourself”. “Nobody here calls Toronto ‘the 6’ at all,” Monks notes. “So there’s a layer of sarcasm to the cover. But it’s still a fucking awesome song! Drake is so honest about being lame that it’s endearing.”

THEY SAY: Monks says her vocal cords are doing just fine, thank you, despite some concern-trolling she’s encountered lately. “I resent the people who wrote about the record, like, ‘Let’s see how her voice holds up on tour’,” she says. “I’m like, what the hell?! I’ve been playing shows for six years. I just do my half-assed vocal warm-up of singing Sinead O’Connor before we go onstage, and that’s it, really.”

HEAR FOR YOURSELF: “Purple Rage” finds post-breakup liberation in a rowdy mosh pit. “This relationship I was in fizzled out, and I was left with these negative feelings that I wasn’t good enough,” Monks says. “That song is me fantasising about a new life and a new Katie.” [S.V.L.] 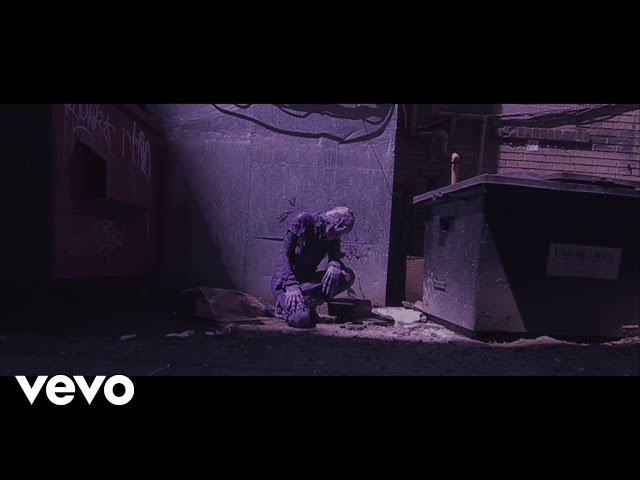