We profile some of the hottest artists who are climbing the charts, breaking the Internet or just dominating our office stereos.

SOUNDS LIKE: A love letter to longing, found crumpled under swathes of stirring melody

WHY YOU SHOULD PAY ATTENTION: Jacklin (pictured above) is in Europe and the U.S. touring her debut album, Don’t Let the Kids Win, a wry take on folk that dwells in the small moments of an uncomfortably shifting early-adulthood. Growing up in the Blue Mountains, Jacklin learned classical singing, but felt stifled by its stringency. “I was singing at my teacher’s showcase, but I put in too much, like, teenage sass. I was scolded offstage for not sticking to the rules. I think that was a defining moment where I was like, ‘OK, I think I need to figure out how to do this on my own.'” Recorded at New Zealand’s Sitting Room studios with producer Ben Edwards (Marlon Williams), Don’t Let the Kids Win nods to her early influences – Fiona Apple’s tender grit, Anna Calvi’s cutting electric guitar and Leonard Cohen’s mercurial yet controlled lyrics – but it’s Jacklin’s distinct sound and precise self-awareness that gives the record nuance and originality.

SHE SAYS: “The title track, ‘Don’t Let the Kids Win’ – they’re pretty universal things, but there’s a line in there like, ‘Don’t let your grandmother die while you’re away, two trips to Thailand won’t ever make up for never saying goodbye.’ Little things I would’ve shied away from before, but I had a moment where my grandmother was ill, where it was like, ‘Is it worth now, disappearing a lot and going travelling, when I might miss out on these big moments in my family’s life?'” 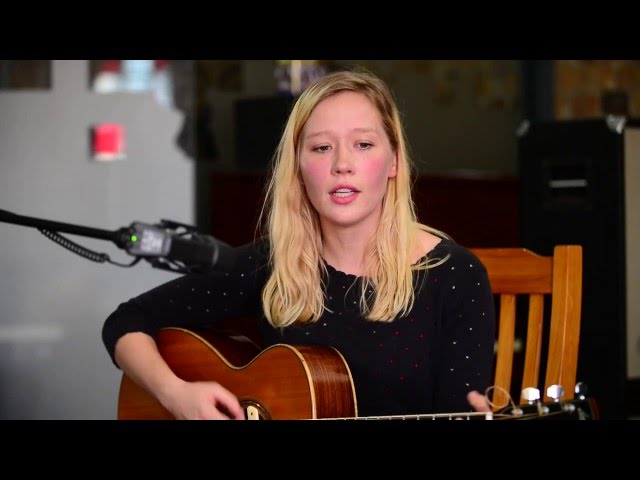 SOUNDS LIKE: Nostalgic melancholy mixed with spurts of pub-punk revelry.

FOR FANS OF: The Smith Street Band, The Hotelier, Luca Brasi

WHY YOU SHOULD PAY ATTENTION: Forming in 2012 following a chance house-party introduction, the Melbourne-based quartet released their second full-length, Drag It Down On You, in September. The new album takes the blend of anthemic pop-punk and introspective emo introduced on 2014 debut I Don’t Want To Be Anywhere But Here (and surrounding EPs Luck and Selfish Prick) and moulds the sparring personality sides into a more cohesive collection, with memory snippets from songwriter Tom Lanyon’s childhood interwoven for continuity. “We all knew that we wanted a more consistent record, a more flowing record,” Lanyon explains. For the new album, Ceres also enlisted the production assistance of Tom Bromley of Welsh sextet Los Campesinos! to add “all the intricacies, and the feeling of claustrophobia and emptiness”.

THEY SAY: “The themes don’t really crystallise in my head,” Lanyon explains of his songwriting for the new LP. “I had a feeling something cool was happening with the songwriting and the themes and the lyrics. It was a lot more mature hopefully, and definitely a lot darker.” Lanyon also adds that, while their first album was a “lot more outward facing”, Drag It Down On You turns the focus inwards. “[When] you turn it on yourself you can get as dark as you want, you can treat yourself like a piece of shit. You’ve only got yourself to worry about. I really did use that a lot as an excuse for trying to get really, really deep to the bottom and back on this record. It’s a really personal record and it’s super dark for me, obviously.”

HEAR FOR YOURSELF: While best taken as a single piece, Drag It Down On You standouts include the unravelling Frightened Rabbit-esque “Choke”, “91, Your House” with its “piece of shit” pop-hook cry and heart-wrenching closer “Baby’s Breath”. [J.N.] 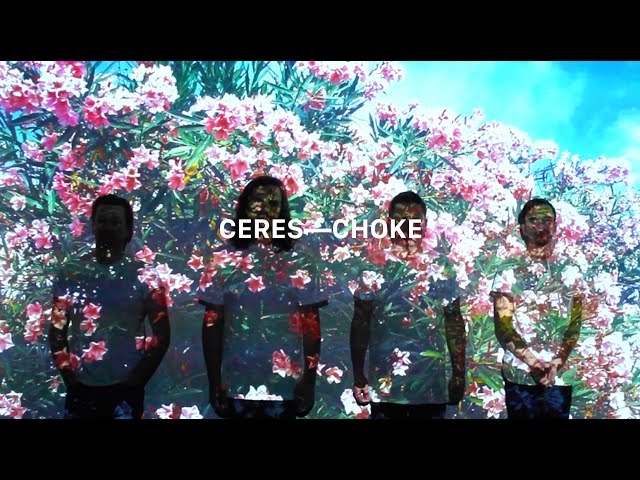 SOUNDS LIKE: The sweet spot between modern U.K. pop and Nineties U.S. R&B

WHY YOU SHOULD PAY ATTENTION: The debut full-length from East London singer Neo Jessica Joshua, For All We, is already being touted by BBC Radio 1’s Annie Mac as the “Hottest Record in the World”. She began as a backup singer for the likes of Kwabs and Jarvis Cocker and was a member of an all-girl a capella group before venturing out on her own as Nao. Boasting a sultry coo of a voice that can rise to helium-inhaled heights, Nao soon self-released a series of EPs that melded Soulquarian-styled R&B with electronic flourishes. It increased her profile in the U.K., where she toured with Little Dragon and collaborated with Disclosure on Caracal.

SHE SAYS: “None of my family are musicians and I used to annoy everybody because I just sang all the time,” Nao says. “But as I got older, I just followed my nose.” She credits British Ghanaian singer and songwriter Kwabs for giving her the confidence that she too could have a singing career, even if she wasn’t like Rihanna. “It’s just about having enough confidence in yourself to say, ‘It’s OK.’… With music, you can just keep changing everything. You can change the bassline, you can change the beat, there’s hundreds of billions of places you can go. It’s endless. I had a moment where I couldn’t put out any more music until I found ‘my sound’. But then I realised that your sound is ever-evolving.”

HEAR FOR YOURSELF: “Inhale Exhale” is sultry neo-soul psychedelia. [A.B.] 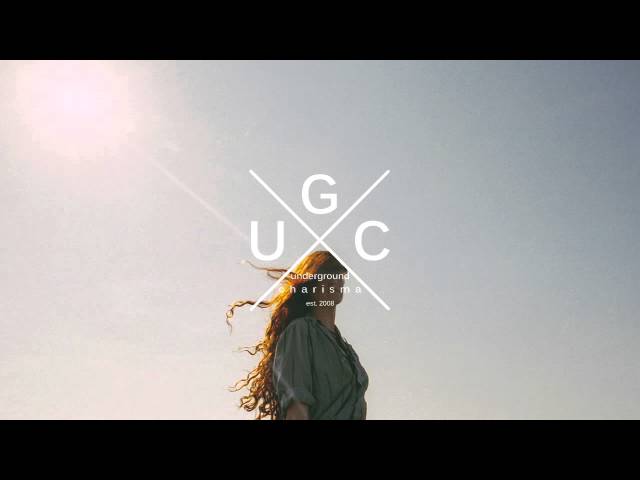 SOUNDS LIKE: Sashaying onto the dance floor in bejewelled platform heels and watching heads turn.

WHY YOU SHOULD PAY ATTENTION: The jittery glam pop quartet Terry – comprised of power couples Amy Hill and Al Montfort, and Xanthe Waite and Zephyr Pavey – was born on a holiday in Mexico, right after one of Zephyr and Al’s other bands, Total Control, wrapped up a tour. Each Terry-er is a mainstay of Melbourne’s vibrant music scene in their own right (at last count they’re in 11 bands total, including UV Race and Dick Diver), but this time they sought to wield instruments they didn’t usually play in any of their other groups. “I think it sounds better when someone doesn’t totally know what they’re doing,” Montfort says. Their debut LP, Terry HQ, released last month on taste-making indie label Upset The Rhythm, is full of shambolic country ditties and smart post-punk bangers that feel loose and fun, removed from inhibition and doubt. The Terry operation is firmly rooted in D.I.Y., from the songwriting process to the band’s distinctive swagger-y uniform of Terry-emblazoned denim jackets and fringe shirts. “Me and Al, we always wanted to have nudie suits. And of course we couldn’t afford to do that, so we tried to make our own,” Hill says. “Then it got a bit mutated,” Montfort chimes in.

THEY SAY: “It’s all pretty relaxed. We kind of make demos at home, and then send them off [to each other]. And then we all get together and figure them out,” Hill says. “Zephyr wrote a few songs and wasn’t sure what to do about lyrics, so we said, ‘Just write all about your Uncle Greg who’s a bus driver. Like, who the fuck is Uncle Greg? What was the story?'” “He always tells these stories about this Uncle Greg and we’re like, ‘Ah yeah, he sounds like such a prick’,” says Montfort. “So [Pavey] wrote all these lyrics, heaps and heaps. Too much for one song. Uncle Greg got in trouble on the bus … but also Zephyr had it in for him because he stole Zephyr’s wah pedal to sell. Zephyr’s got a lot of stories from his childhood about people from the Blue Mountains in Sydney that kind of sound like fictional characters.” 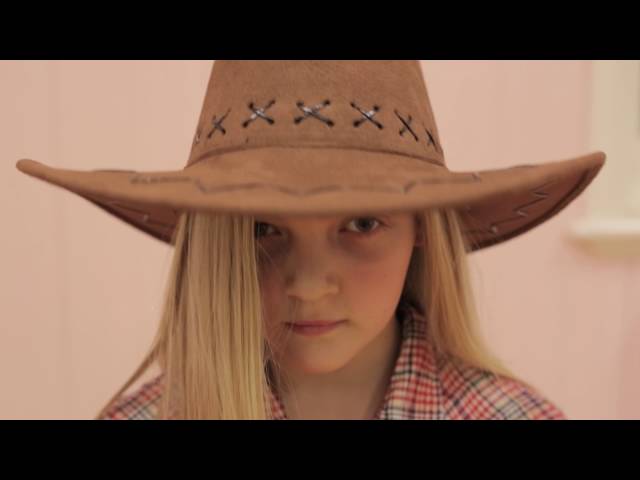 SOUNDS LIKE: A reggae musician who grew up listening to Kiss and incorporates beat-boxing and myriad loops into her ever-evolving arsenal

WHY YOU SHOULD PAY ATTENTION: Sultana has been playing guitar since the age of three, and spent her teens playing in bars and pubs with the use of a fake ID. Upon graduating school, a three-shift stint at a catering company convinced her there were better ways to make a living (“I told everyone to get fucked… not in a mean way”), and she hit the streets of Melbourne busking. After suffering RSI in her wrist she started experimenting live with loops, building sonic tapestries that drew on her love of reggae, soul and rock & roll (and mean solos: “If you’re gonna know how to play the guitar you need to know how to rip a solo,” she smiles). Her just-released Notion EP features the Triple J approved title-track and “Jungle”; a video of Sultana playing the latter in her bedroom has had two million views online, and she’s currently in the midst of a sold-out Australian tour, having just returned from her first run of European shows, many of which were also sold out. A spot on Laneway 2017 beckons.

SHE SAYS: “I like to challenge myself. If I’m going to include an instrument [in my sound] I want to learn that instrument so I can do it [myself]. I’ve started studying how to play horn instruments, just by ear. Same with violin and percussion. Music is a platform that’s never ending and always evolving.”

HEAR FOR YOURSELF: The title-track of her Notion EP exposes a softer side to Sultana, its cascading guitars providing a bed for her tender vocal performance. [R.Y.] 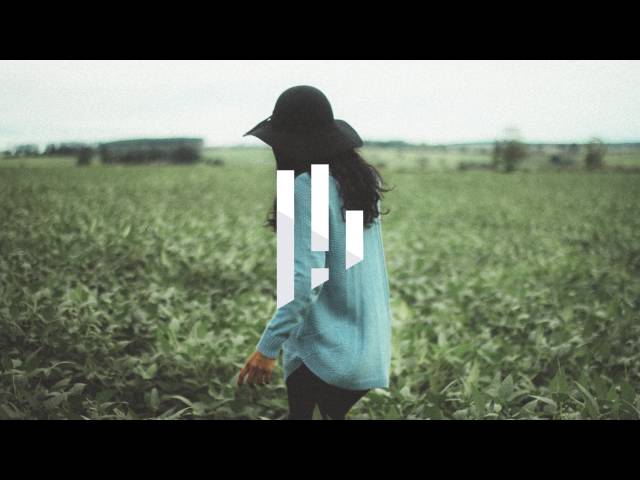 WHY YOU SHOULD PAY ATTENTION: Early Australia writing sessions between founding members Guy Fenech and Oly Marlan were conducted on the daily four-hour round trip from their hometown on the New South Wales south coast to Sydney, where the pair were studying audio production. Later, Marlan invited workmate and drummer Nick Franklin into the fold, who Fenech credits as morphing the band from “mopey, melancholic rock” to their heavier, rhythmic focus. After a short stint under the name Red Dirt Ramble, the band settled on their intentionally hard-to-Google monicker, the origin story of which, expectedly, begins with “we were out the front of a bar”. In early 2015 they set about self-recording their first album, Portraits of People, Places and Movies, which was released last March and recorded over a fortnight-long stint at Fenech’s father’s house. “We knew we didn’t want to record in a studio,” Fenech explains, adding that along with the “stressful, always looking at the clock” constraints, the location also assisted with the album’s distinctly spatial sound, as they experimented recording in different shaped rooms throughout the house. After the 2015 release of skittishly soulful lead single “Who R U?”, the following months were spent on the road as Australia’s expanded six-piece ensemble honed the live “exclamation marks” on their debut LP.

THEY SAY: “When we were writing or producing we weren’t thinking, ‘Let’s make this reminiscent of Eighties Australia’,” Marlan says of the band’s notable nostalgic headnods. He adds that being a trio of audio engineers finds them drawing from contemporary “production heavy, but tough and still real” albums from the likes of Haim and St. Vincent.

HEAR FOR YOURSELF: “Love Is Better” is a glittery funk-loaded celebration of Bob Hawke-era excess, while “In My Dreams” is a hushed desert-crossing tale of isolation. [J.N.] 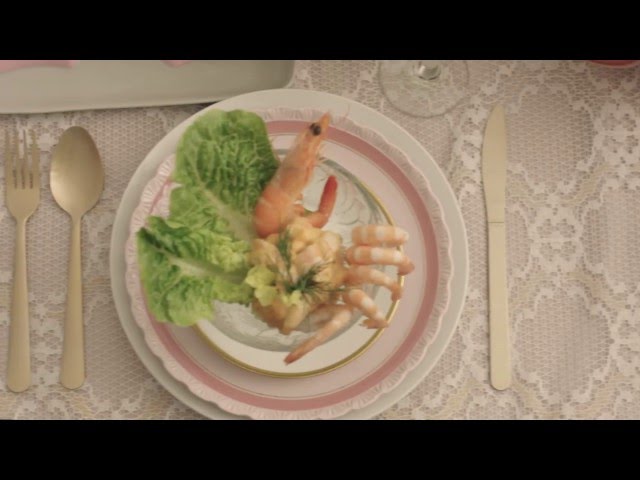