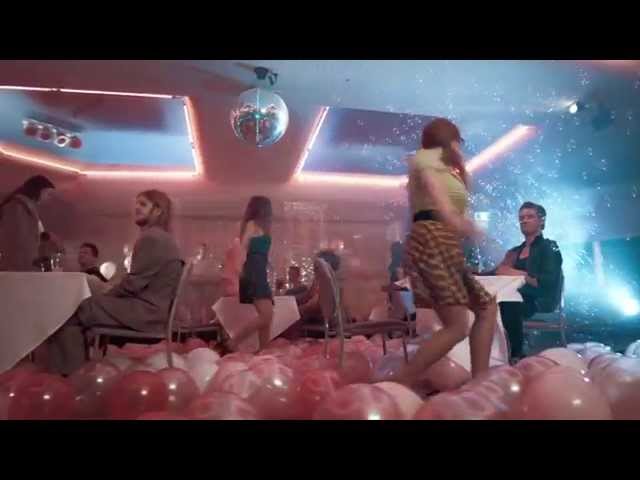 SOUNDS LIKE: Vintage soul meets hip-hop, like someone went back in time and taught Sam Cooke how to use a sampler.

WHY YOU SHOULD PAY ATTENTION: Morgan ‘Morgs’ Jones and Ev Jones may not be related, but their history runs deep: the pair grew up together in NSW’s Blue Mountains (“I’ve got a photo of us playing Under 8’s soccer together”, says Ev), the former becoming a member of hip-hop crew Thundamentals; the latter moving into hospitality. Cut to now where the friends have teamed up as JONES Jnr for a smooth blend of soul-pop/hip-hop that has seen them share stages with the likes of Mark Ronson, Bettye LaVette, Kelis and Charles Bradley.

THEY SAY: “Meeting Bettye LaVette was a huge moment,” says Ev. “She was at the end of this long room and her band lined the walls, just staring at me. I told her I was singing earlier, and she says ‘That was you?! We were all singing your song!’ Then she started singing one of our tracks! I was like ‘Oh shit! Thanks!’ I freaked out. It was an amazing moment.”

HEAR FOR YOURSELF: The summery doo-wop of ‘Perfume’, found on feelgood debut EP Step on Sleep. [J.J.]

FOR FANS OF: Luna, the Bats, Olivia Tremor Control

WHY YOU SHOULD PAY ATTENTION: Jack Cooper and James Hoare have followed up last year’s acclaimed self-titled debut with Green Lanes, continuing a fondness for neatly composed, quietly beautiful pop songs. They’ve toured with Twerps and shared bills with White Fence and King Gizzard and the Lizard Wizard.

THEY SAY: “There’s a lot happening in America. We did some pretty extreme drives,” says Hoare. “We drove over a thousand miles in one day and only stopped twice. There’s always some kind of shenanigans going on.”

“We were touring with Twerps and they got ill, so we decided to drive to Austin from Atlanta,” adds Cooper: “It was a brutal drive. When we were telling people about it, hard-tourers were like, ‘Holy shit’.”

HEAR FOR YOURSELF: The duo’s latest single “(I’ve Got the) Sanctioned Blues”, is an earnestly disorienting, lightly profane pop shuffle. [T.C.] 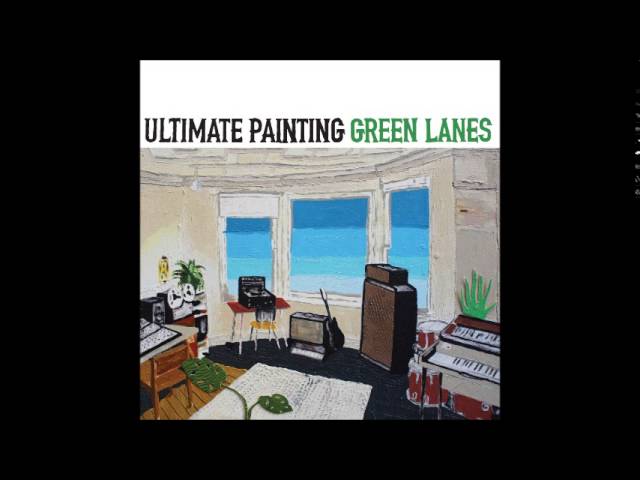 SOUNDS LIKE: Funk, soul and R&B as filtered through vintage synths played by a sentient 1984 Apple Mac that wants to be Prince.

WHY YOU SHOULD PAY ATTENTION: The son of an Hawaiian hula dancer mother and a New Zealand jazz musician father with an enviable record collection (“we found his boxes of vinyl under the house and would listen to anything that had an interesting album cover… I remember being blown away by Frank Zappa’s Hot Rats album, Bitches Brew – it was all very influential to hear that at a young age”), Kody Nielson enjoyed a childhood where he was given toys to play with of the musical variety (“my Dad was always giving us little keyboards and guitars.”). Kody and brother Ruban ended their noise rock/power pop band The Mint Chicks in 2010 after nearly a decade of activity, the latter going on to birth Unknown Mortal Orchestra (Kody played on and co-wrote/co-produced this year’s Multi-Love); the former creating psych-pop group Opossom with partner Bic Runga. Now operating under the solo moniker of Silicon, Nielson created debut LP Personal Computer in the dead of night, its themes of technological disconnect and loneliness transmitted via synth funk ‘n’ soul, coming off like a nocturnal UMO.

HE SAYS: “I mainly recorded Personal Computer at home in my spare time. I was listening to a lot of George Duke – mainly his albums The Aura Will Prevail and Feel – so that was a big influence on the sound of it. I finished it off when I got back from Portland from working on Multi-Love with Ruban, but I’d already written a bunch of stuff and recorded a few ideas beforehand. I like writing and recording at night time – it’s partly out of necessity because it’s the only chance to get a focussed period of time to work on something. I’ve got kids, and when they’re awake they’re pretty demanding, so when they go down for the night I get as much as I can done!”

HEAR FOR YOURSELF: First single “God Emoji”, a good indicator of the low-key, hushed midnight falsetto funk to be found throughout Personal Computer. Australians will get a chance to hear Silicon live when they tour with Chet Faker in October and November. [J.J.] 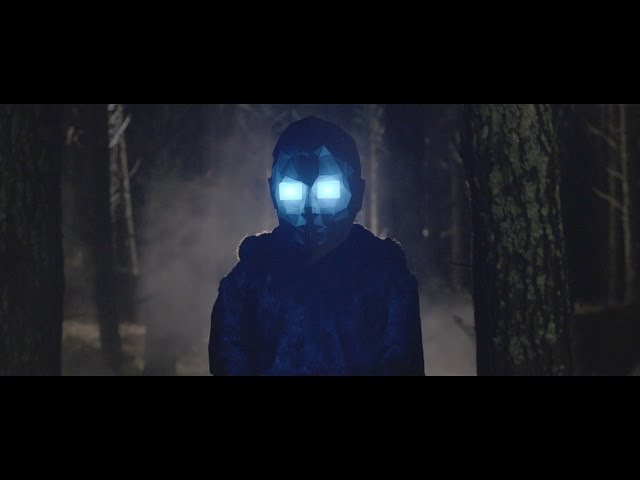 WHY YOU SHOULD PAY ATTENTION: The Philly crew signed to the venerable indie label Saddle Creek late last year, right around the time singer Frances Quinlan duetted with Rivers Cuomo at a Weezer gig; and earlier this year Hop Along opened for the War on Drugs on tour. But their second LP, Painted Shut – one of Rolling Stone’s 45 Best Albums of 2015 So Far -reveals a band that should be headlining. Over 10 songs, Quinlan sketches out bracingly vivid characters. The heart-breaking “Horseshoe Crabs” imagines the inner life of the late, troubled Sixties singer-songwriter Jackson C. Frank. The album’s emotional centrepiece, “Powerful Man”, recounts an experience in which the singer witnessed a man beating his child in public and felt powerless to stop it. “It’s not a hero’s story,” she says. “I wanted it to be about how horrible that was, and how I was a part of it by not doing something”

Another standout track, “Happy to See Me”, finds strange poetry in the image of a lonely father posting to YouTube at 4 a.m. “That’s based on a real person,” Quinlan says. “This was back when everyone was freaking out about 2012 and how everything was going to end. This man was routinely posting these videos, and there’d be a lit candle behind him, and he’d go into his spiritual revelations. I got really into watching those.”

THEY SAY: Hop Along is a family affair: Quinlan’s older brother Mark is their drummer. They see their sibling dynamic as mostly a good thing when it comes to the music. “We’re so emotionally invested in each other that there’s not the courtesy of warming someone up before you get to the heart of the matter,” says Mark Quinlan. “We just get to it”.

HEAR FOR YOURSELF: In the album’s knockout opener, “The Knock”, the narrator wakes up to find Jehovah’s Witness at her door. Don’t you love it when that happens? [S.V.L.] 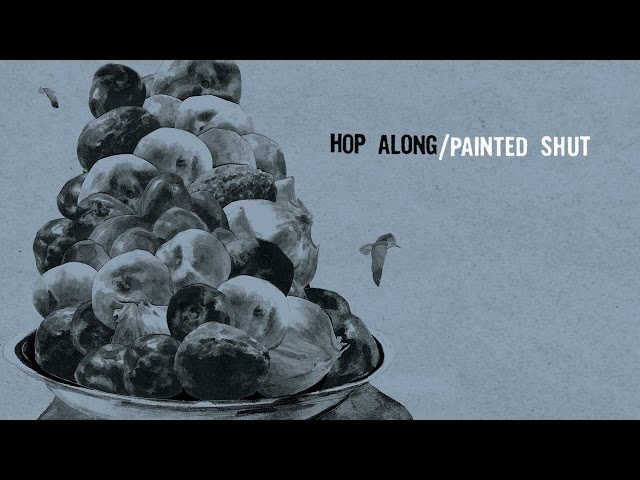 SOUNDS LIKE: Those few disorienting yet glorious seconds after you first wake up and aren’t sure where you are, then giving way to a soundscape equal parts tough guitars and pop sensibility, channeling the best from both old and contemporary psychedelic rock ‘n’ roll.

FOR FANS OF: Dreamy, yet punch-packing, psychedelic pop – think Tame Impala, King Gizzard, perhaps a bit of Chris Robinson Brotherhood minus the country twang, with a bit of dance in there, a la MGMT.

WHY YOU SHOULD PAY ATTENTION Forming amidst the tropical heat of Brisbane, and with a foot in a myriad other groups (Moses Gunn Collective, The Furrs, Orphans Orphans, Morning Family), The Belligerents’ strength lies in their wont to sonically explore. Psych pop has enjoyed a resurgence of late, but these five aren’t merely jumping on the back of the wagon. Rather, they’re taking the best parts of ‘60s psych and adding a modern, Australian edge to proceedings, producing songs that waft along, but that also hit hard, heavy on the bass and throbbing guitar lines. It’s a trip, but a trip that’s all their own, set to continue via their soon to be released third EP, with a full-length album in the works for release next year.

THEY SAY: (Kon Kersting, bass) [The upcoming EP is] a huge, huge evolution from our last (2012’s She Calls The Shots), it sounds totally different. In terms of songwriting, Lewis (Stephenson, vocals) has really fallen into where he should be. It’s much more expansive, much more experimental, lots of different sounds, and it’s much bigger. And it’s not so much pop anymore… I think it’s a huge step up.

HEAR FOR YOURSELF: The first single from the upcoming EP, ‘In My Way’, which has already received solid Triple J play – muscular sonic dreamscapes, bass-heavy and melodic, vocals not afraid to oscillate between falsetto pitch and throaty yell, heralding this Brisbane quintet as ones to watch. [S.J.F.] 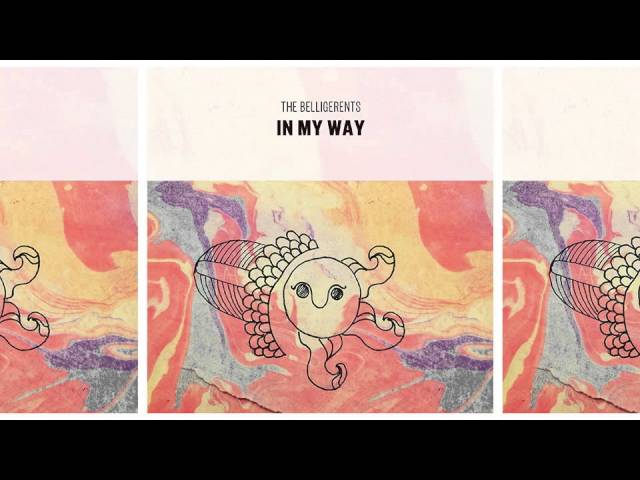