We profile five of the hottest artists who are climbing the charts, breaking the Internet or just dominating our office stereos. By Rod Yates, Arielle Castillo, James Jennings, Kory Grow and Dan F. Stapleton.

SOUNDS LIKE: A spacious blend of R&B and electronica, with an ear for unfussy but addictive pop hooks.

WHY YOU SHOULD PAY ATTENTION: This time two years ago, Brisbane-based Jarryd James had given up on playing music. After a decade on the pub circuit, and a failed major-label deal, the singer-songwriter had decided a life of 9-to -5 was where his future lay. Then, he says, “I realised I was an idiot and I should be playing music.” Good move. The 30-year-old’s debut solo single, “Do You Remember” – produced by Joel Little (Lorde) – was posted on Soundcloud and the Pigeons and Planes blog in mid-January; not long after it went nuts on Hype Machine; and by March the single was Number Two on the ARIA singles charts. “We released it fairly quietly,” he offers, “and it just started spreading around.” Tours with Broods and Angus and Julia Stone have helped expose James to a wider audience. “We played outside the Opera House,” he marvels of the latter run. “It was pretty
freakin’ epic.”

HE SAYS: “I always wanted to make R&B-style music, at least in the way I present my vocals, but I think maybe I was a little bit scared to because I’m super white,” laughs James. “But I got to the point where I was like, ‘Stuff it, that’s what I think I do best.’ I get really emotional when I play music and sing, and it’s always when I made that kind of music that I felt like I was doing what I should be doing.”

HEAR FOR YOURSELF: The slinky, seductive, airy beats of “Do You Remember”, James’ first single. His debut album is tentatively due later this year, and will likely include more collaborations with Little and, possibly, Julia Stone. “We wrote something really, really cool,” he says. [R.Y.] 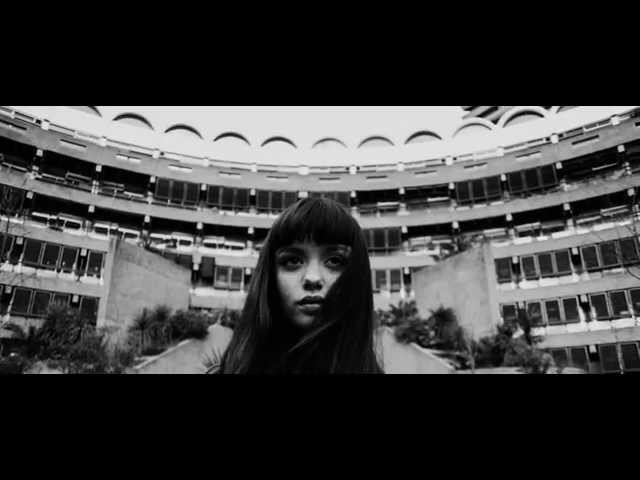 SOUNDS LIKE: The Afro-Cuban diaspora, filtered through contemporary trip-hop and the uncanny harmonies of twin sisters.

WHY YOU SHOULD PAY ATTENTION: Twins Naomi and Lisa-Kaindé Díaz moved to Paris from their native Cuba as small children. They never stopped living with their artistic heritage, though – their late father, famed percussionist Angá Díaz, played with acts like Buena Vista Social Club. After a few live performances together around Paris, their take on Afro-Cuban rhythms, Yoruba chanting and contemporary hip-hop, electronic and lounge attracted the heads of XL Recordings. Four months after their first big show in Paris, they scored a deal. Four months after that, they had finished their self-titled debut album with producer Richard Russell, released in February. Now, less than a year from their beginning, they’ve just played a spate of lauded performances at SXSW and are finishing their first U.S. tour.

THEY SAY: Part of their touring includes the opportunity to educate new audiences about the various roots of Cuban music. “Our music is Cuban, but it’s Yoruban,” says Naomi. “It’s not salsa.”

“For people, when you say you’re Cuban, they just visualise cigars, rum and salsa,” says Lisa-Kaindé. “Yoruba is from Nigeria, and when the slaves were shipped to Cuba their culture remained. So we are just explaining to people why we are singing in an African language.”

Each time they do so, they revisit intimate memories of their father and their late older sister, Yanira, who died in 2013. Ibeyi, the album, is an homage to them, say the sisters, but revisiting feelings about them onstage every night feels positive. “I think it’s our way to feel good about it, and to talk about them, and I think we needed it,” says Lisa-Kaindé. “No really, it feels good!” 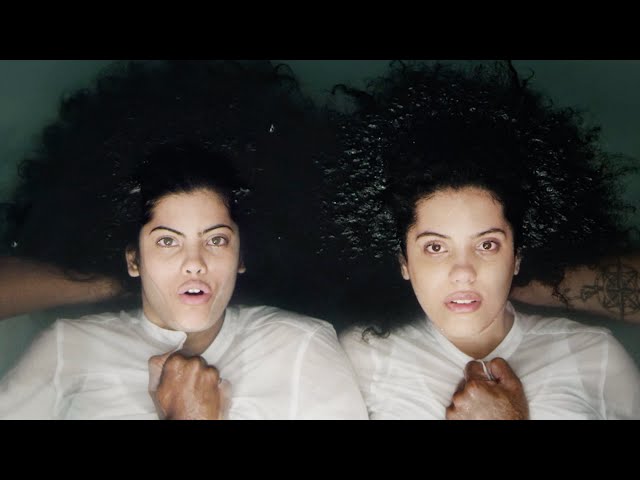 SOUNDS LIKE: Intelligent guitar’n’synth pop that’s chilled out (but not chilly), elevated by left-field lyrics and a delicate, ethereal voice.

WHY YOU SHOULD PAY ATTENTION: Melbourne singer-songwriter Olivia Bartley, AKA Olympia (“It’s a bold word, a call to arms to remind me every day to step it up a little”), grew up on the mid-North coast of NSW with disparate musical influences: an Australian mother who liked country & western (“We used to throw her cassettes out the car window!”) and a Samoan father into a “narrow window” of Seventies funk. After reluctantly taking piano lessons as a kid and picking up the guitar at the age of 15, Bartley began writing her own songs and playing live.

SHE SAYS: “I draw a lot and have exhibitions as a designer; I like to work across mediums. I think music is just one tool – if I have an idea and I get frustrated I’ll go draw, or vice versa. That’s why it takes so long [to finish an album]! Or it could be procrastination – I’m not sure. But sometimes you just have to dig and dig and dig, and then it comes. For me it’s just pushing ideas forward, taking risks and enjoying myself – they’re my goals. You can only hope it crosses over and means something to someone.”

HEAR FOR YOURSELF: Brooding, delicate single “Honey”, the first taste from her Burke Reid-produced debut LP, due later this year. [J.J.] 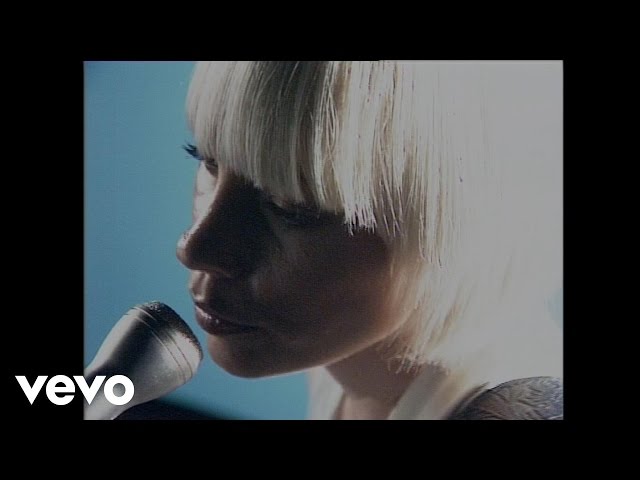 SOUNDS LIKE: Drifting between EDM and punk tents at a festival.

FOR FANS OF: Animal Collective, the Prodigy, Suicide

WHY YOU SHOULD PAY ATTENTION: The brainchild of Montreal electronic-music experimentalist Airick Woodhead, Doldrums never sounds like any one thing: serene bliss on one song, an epileptic nightmare on another, an EDM moshpit here, ADHD electro confusion there. Woodhead spent the past two years conceiving the group’s latest, The Air-Conditioned Nightmare, collaborating with Björk and Prodigy producer Damian Taylor and Weezer engineer Shawn Everett. It’s a sound he fine-tuned while playing performance-art spaces, like Montreal’s the Torn Curtain, where he could get away with anything. “My music wouldn’t have worked in clubs or bars right away and I had to adjust a lot musically when I started touring,” he says. “DIY spaces and communities are breeding grounds for creativity.”

The one thing that connects the songs and their many styles is pads of fuzzy synth, which he says are spillover from his days as a guitarist. “When I started playing music I was playing guitar with lots of effects,” he says. “I wanted to keep doing that while moving beyond the guitar, so I started using a sampler. I’d like to be as articulate with a sampler as with a guitar.”

HE SAYS: “One time at the Torn Curtain, me and a couple of the other guys who lived there went on and did a kind of electronics-and-drums live improv noise set. I guess it started pissing off some people. This huge Juggalo-type guy in a suit right up front starts yelling at me while I’m playing. I thought, ‘Shit, this guy is gonna clobber me.’ I was already pretty high on mushrooms and I had a baseball bat onstage, just for peace of mind, so I felt pretty safe. So I just bring him up on stage and give him some drumsticks and get him banging on the drums while I bat someone’s shoes into the audience. And he had a great time! You want to create chaos with your shows but bring people into it rather than push them away.”

HEAR FOR YOURSELF: The psychedelic brooding and electronic explosions of “Hotfoot”. [K.G.] 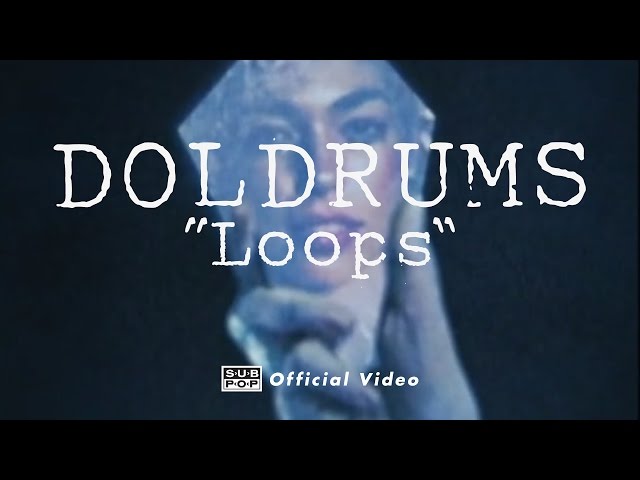 WHY YOU SHOULD PAY ATTENTION: These long-haired twenty-somethings began playing Melbourne warehouse shows in late 2012, generating immediate buzz. The duelling male-female vocals on debut EP Wiped Out pricked up ears at Triple J, and the band have received consistent airplay ever since. Joining forces with esteemed Aussie producer Lindsay Gravina for a second EP, the just-released Breathe, gave the group a chance to tease out new strands from their swirling psych sound. “It’s a lot darker,” vocalist Hayden Somerville says of the five-tracker. “We put pressure on ourselves to create something special this time around, and that tension and anxiety influenced the songwriting.”

THEY SAY: Because each band member helps write the songs, arguments are common. Somerville says his relationship with co-vocalist Lilibeth Hall is particularly volatile. “It is a very love-hate kind of thing,” he admits. “We argue all the time. She’s one of my best friends, but we do clash on a lot of levels where the band is concerned. Arguing about music has made us closer, though. We started off as friends but now we’re more like family.”

HEAR FOR YOURSELF: Breathe is available now on iTunes, or you can pick up a copy during Lurch & Chief’s 15-date national headline tour, which runs through May and June. [D.F.S.] 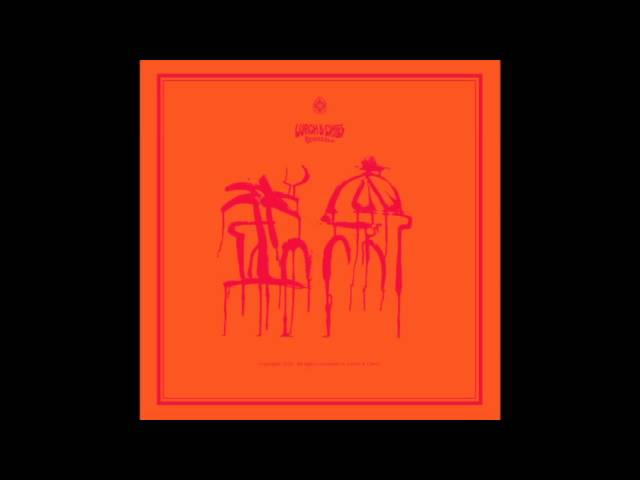